I have hoped and wished for a curly haired child, but Clara seems to have missed those genes.  Maybe this next time around!  I've learned (the best I can!) how to deal with fine, straight, blonde hair and my main philosophy has been "don't cut it."  So she made it over three years without so much as a teeny tiny trim.  But we decided it was time to go ahead and get it cleaned up just a tiny bit on the bottom.  I was getting my traditional 'about-to-have-a-baby-chop-off', so Clara came along and Hunter took great care of her, too.  I promised her that morning that I would paint her fingernails while she got her hair cut, so she stayed as still as a statue and was so brave!  Hunter said she did the best of any first haircut he's ever given.  I was proud of her!  You can't see much difference, but it looks a little neater and we're savoring the "firsts" that are fewer and far between these days! 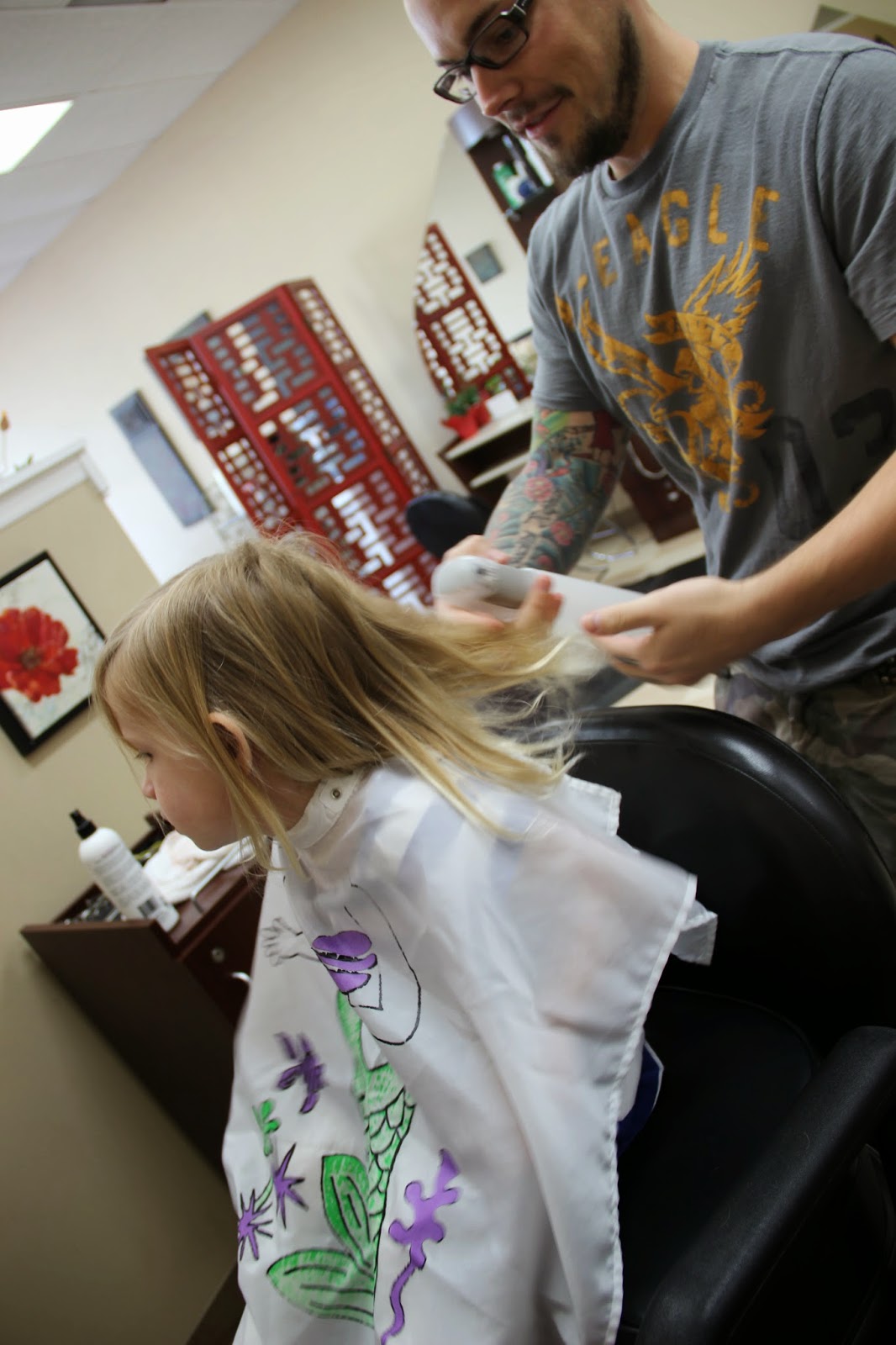 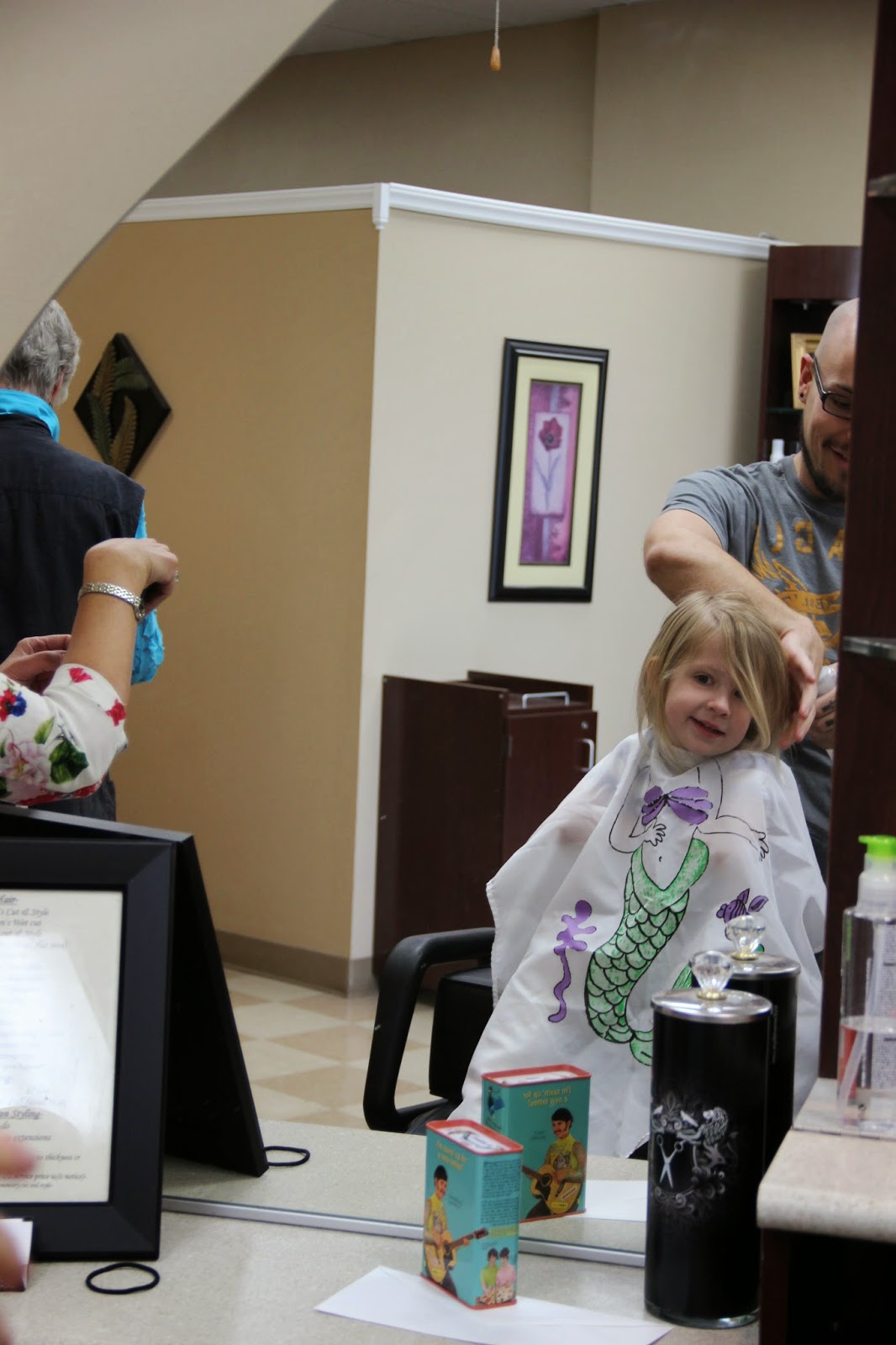 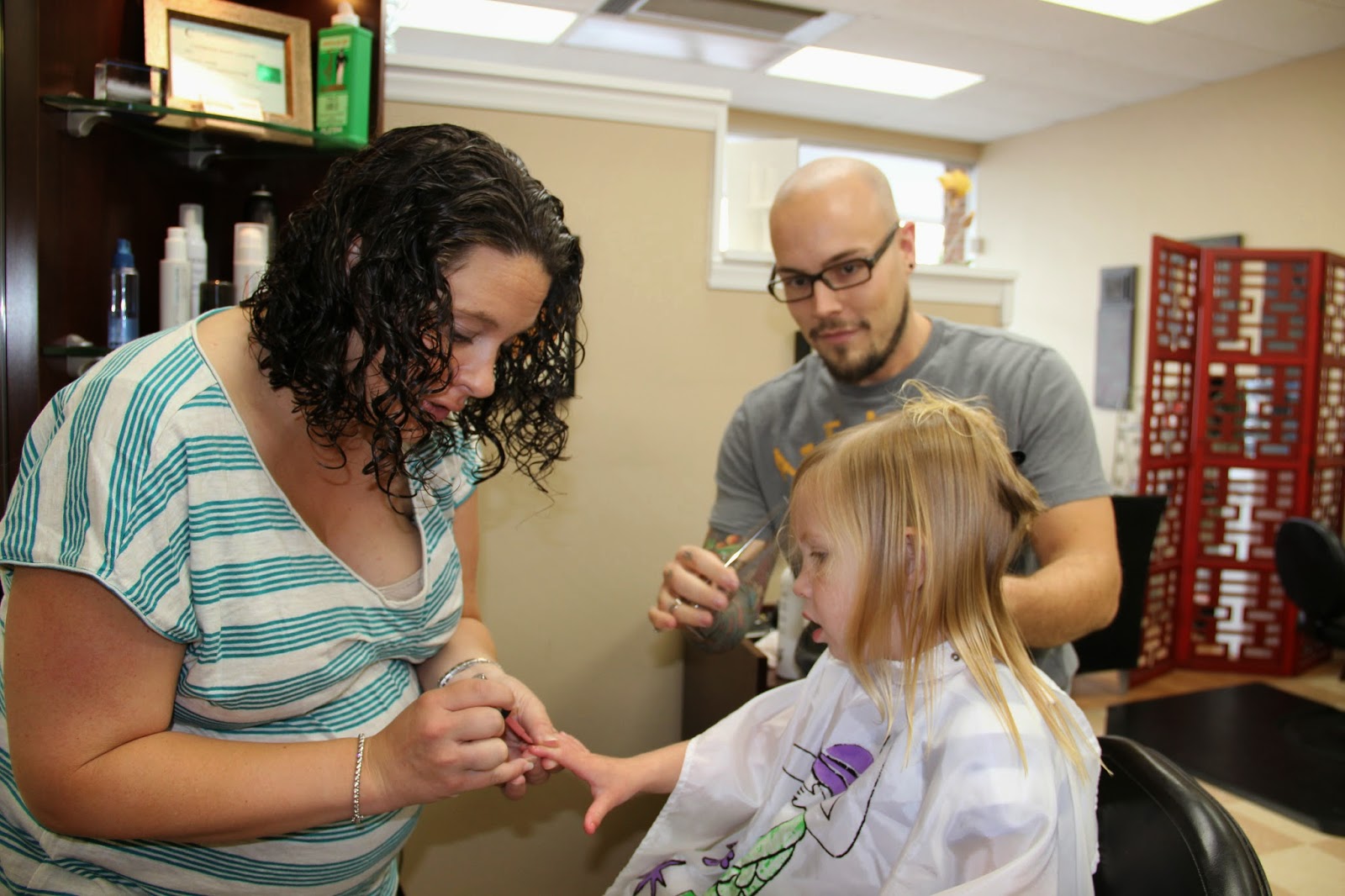 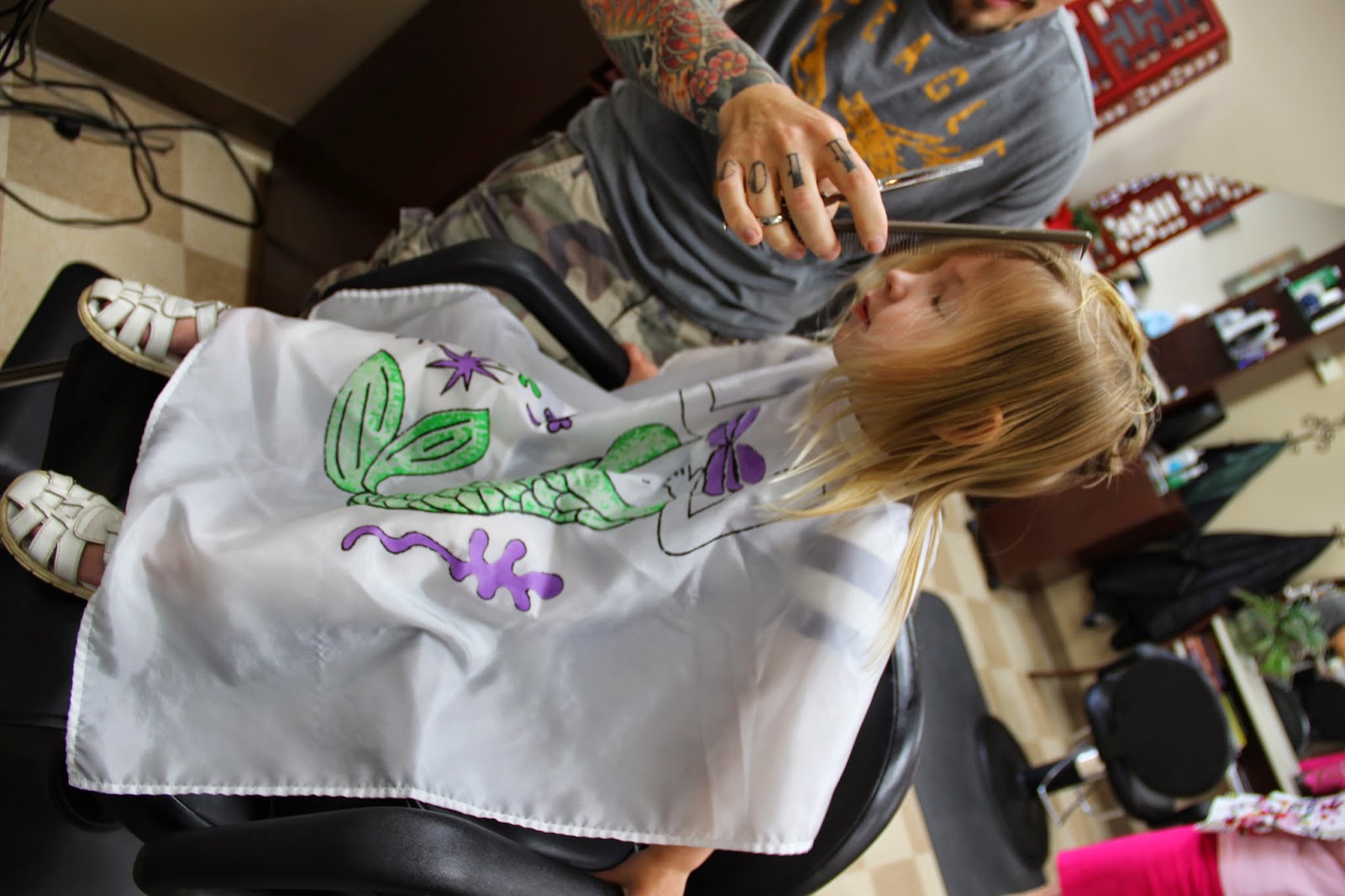 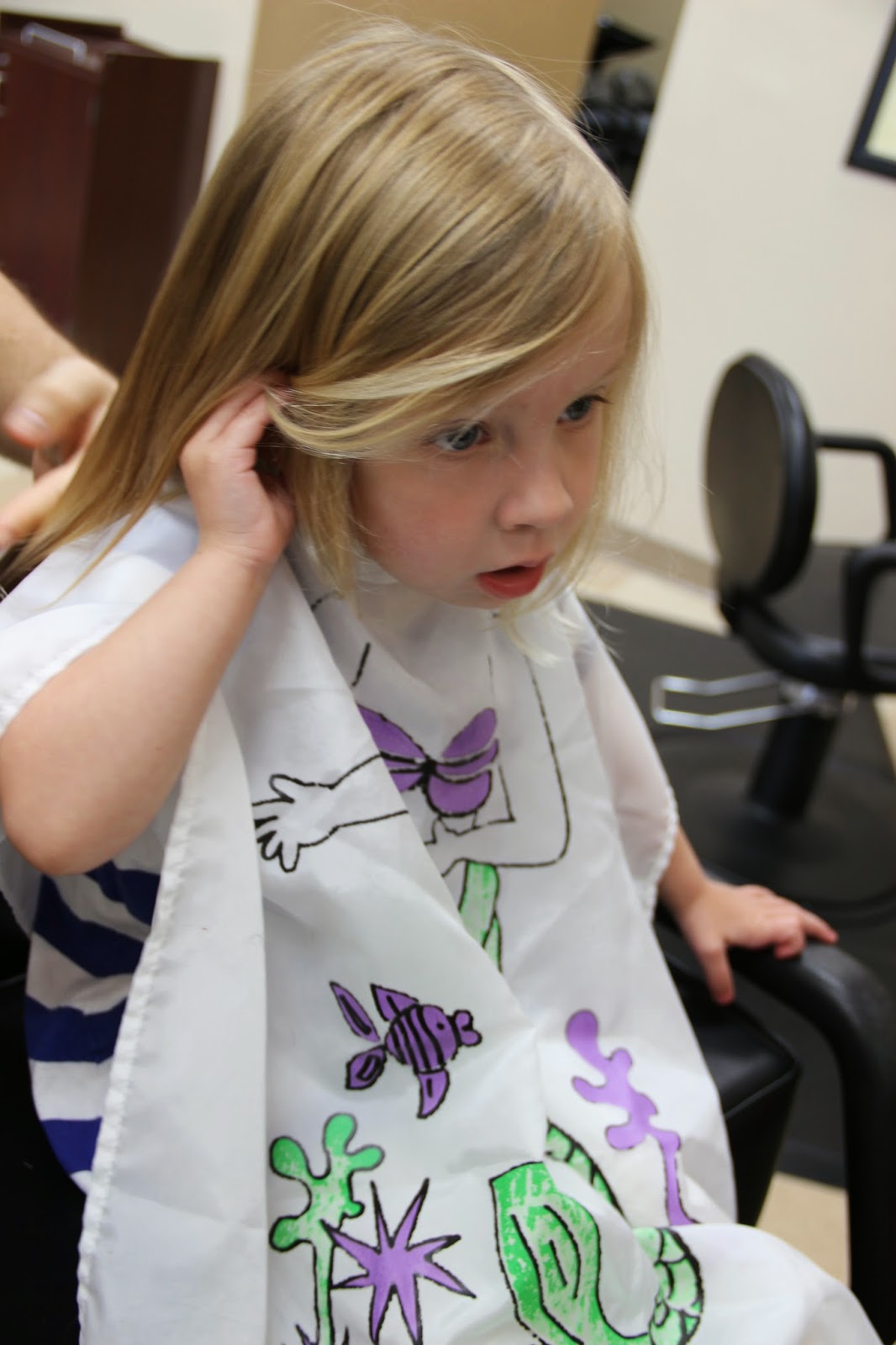 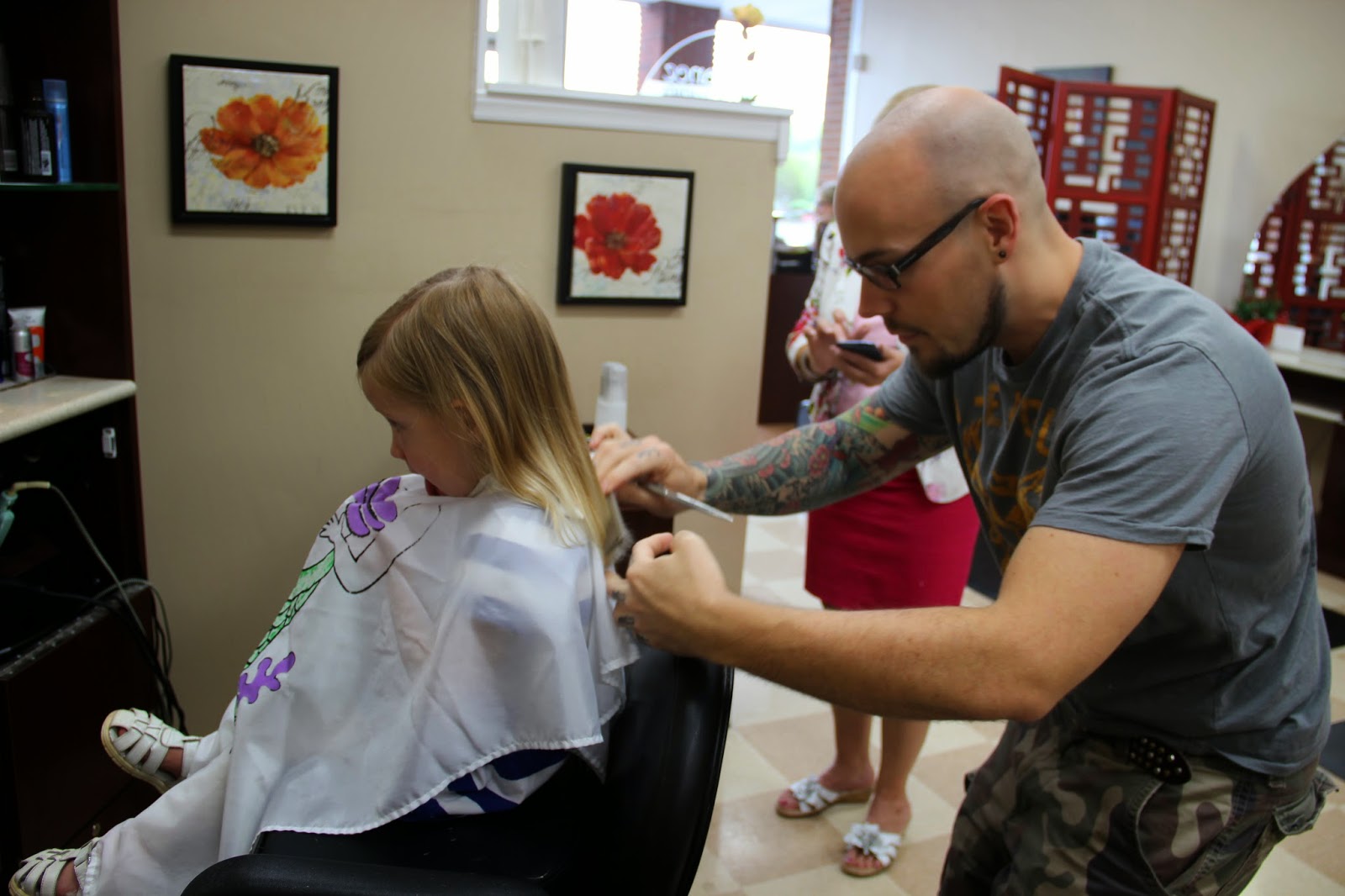 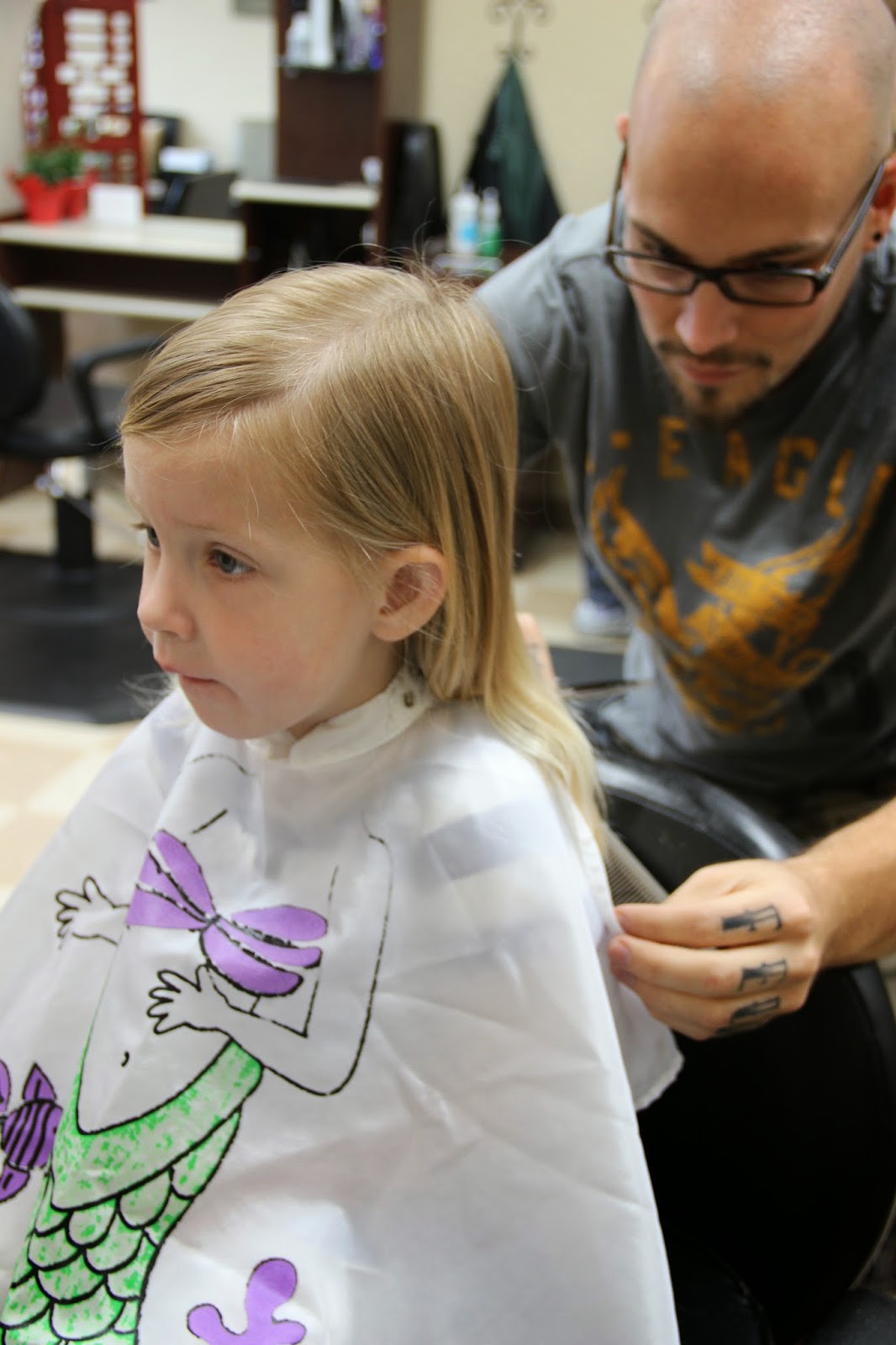