The same afternoon after our little science museum adventure we needed to run to the store for just a few things.  Since I had Robert with me (for backup) and since Clara had been such a trooper about her little major fall, we decided it would be a fun time to let her push one of those little kiddie grocery carts.  Fortunately, my camera was still in my bag from the museum!  She had a blast, but it may be awhile before she gets to do this again.  These six items took us at least thirty minutes to collect! 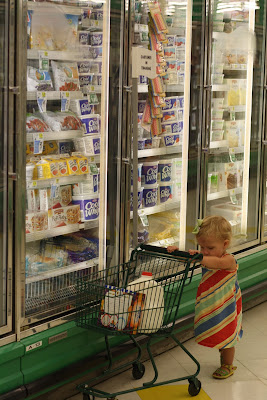 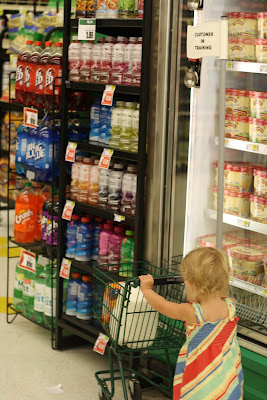 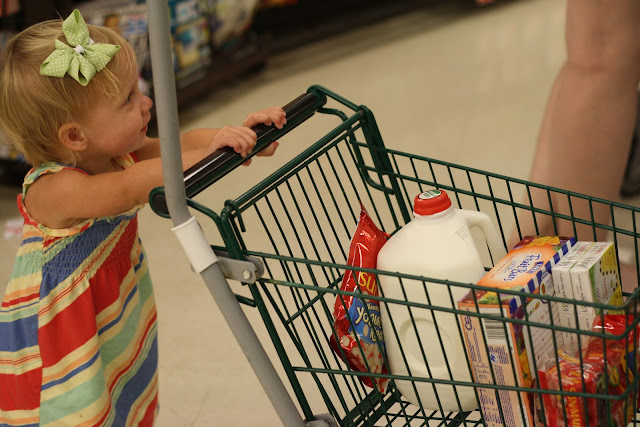 Think she's proud of herself? 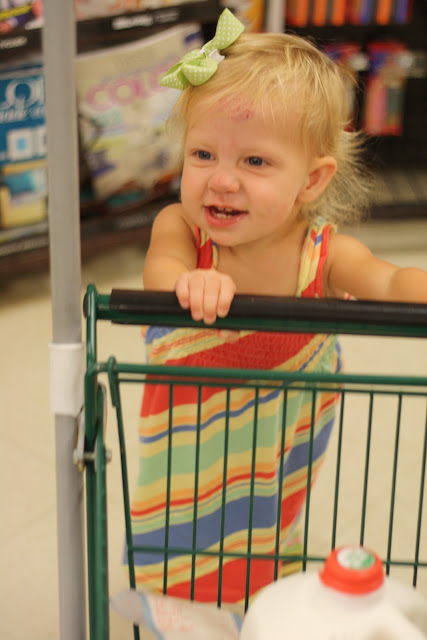