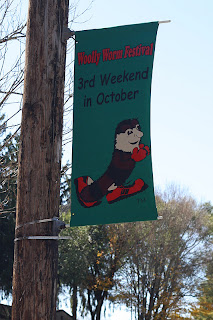 Since we had such a nice time in the mountains last weekend, we headed back up again for another round.  The leaves have mostly dropped atop Beech Mountain now, but it's a big weekend to be in Avery County because it's the 34th Annual Woolly Worm Festival in Banner Elk.  What is a woolly worm, you may ask?  It's a brown and black fuzzy caterpillar that's known for its ability to predict the severity of the winter, much like the groundhog predicts when spring is coming.  At the Woolly Worm Festival there are lots of craft booths, rides, fair food, and the main event: Woolly Worm Races.  All the children (and some adults) buy and train (obviously) their chosen worm and then race them before an excited crowd of onlookers.  The winning worm predicts the winter weather.  Clara's not quite big enough for her own woolly worm yet, but we don't think it's ever too soon to begin introducing her to this fun mountain tradition.

It was a wee bit chilly on this mountain today, so we bundled up the baby before heading out.... 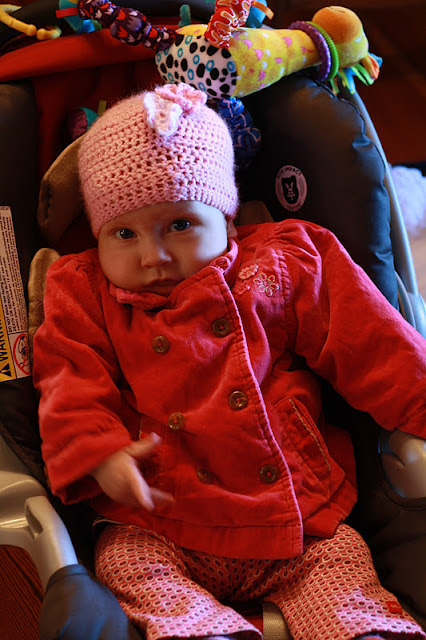 Once we arrived, we took the obligatory woolly worm festival cut out shot (see photos from years' past here.) with a sweet baby face poking out this year... 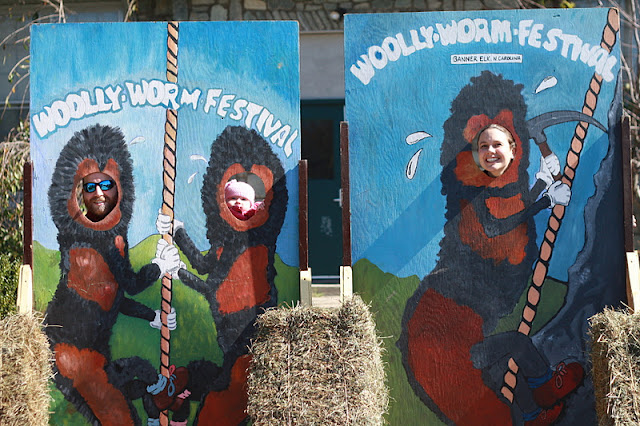 As we strolled around, Clara took in the sights and smells.... 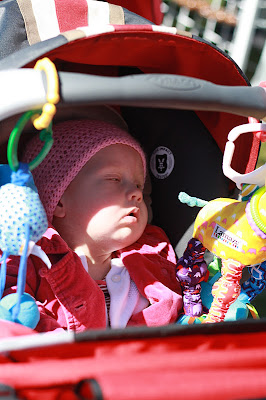 We cheered on some woolly worms (one was named Rufus!) amidst the crowds 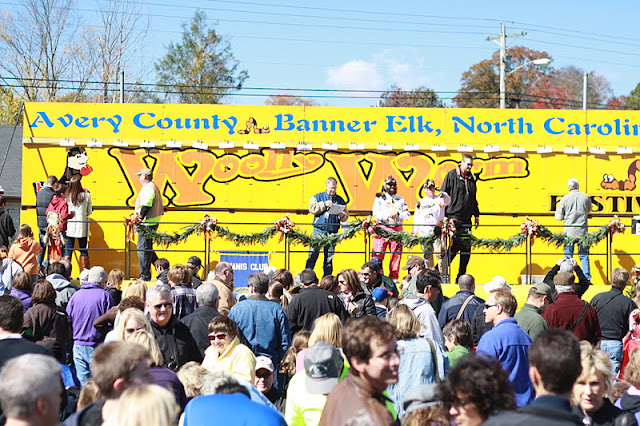 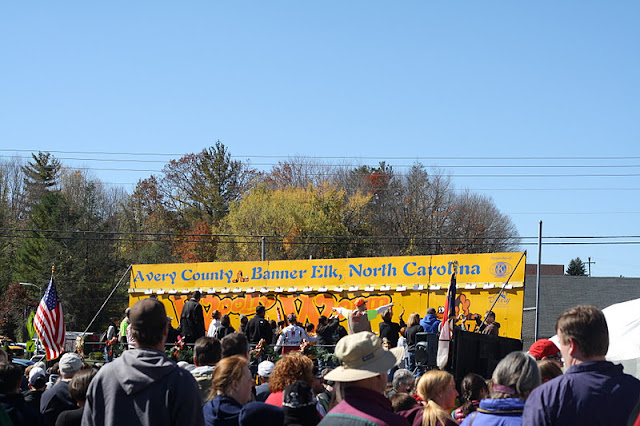 And just glanced at some of the rides, this year.  As much as Clara loves her doorway jumper, I think it'll only be a few years before we're seeing her on this: 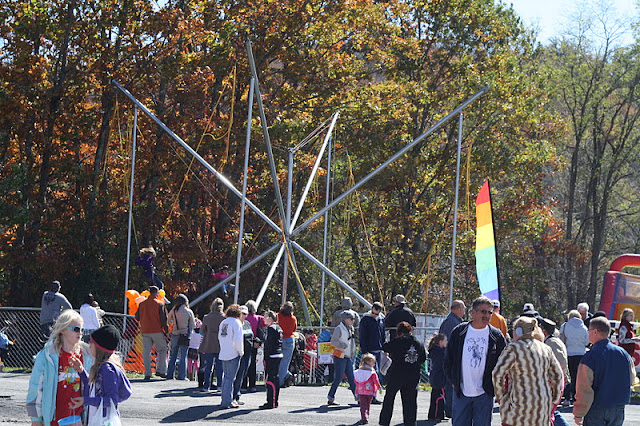 When Clara gets a wee bit bigger, we'll help her pick out her very own of these guys... 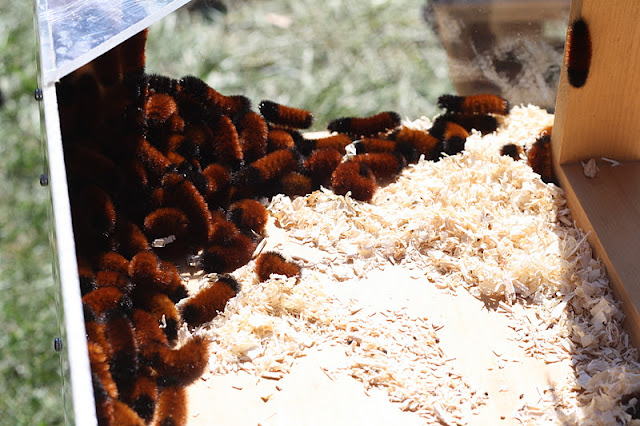 And put him inside his very own bug barn: 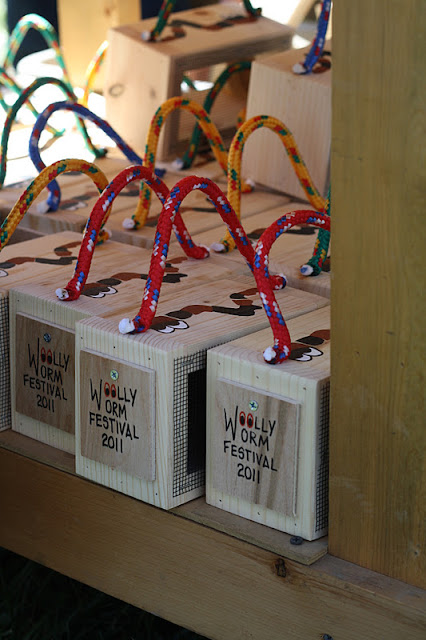 But this year, we just watched them frolic in the woolly worm playground: 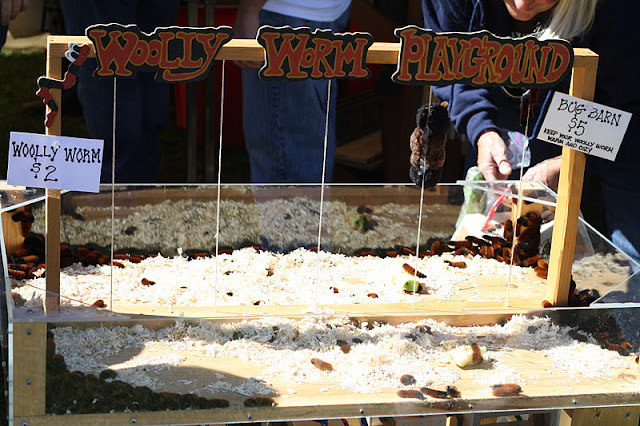 Since I didn't make it to the Dixie Classic Fair this year, this was my chance to consume funnel cake, and consume I did! 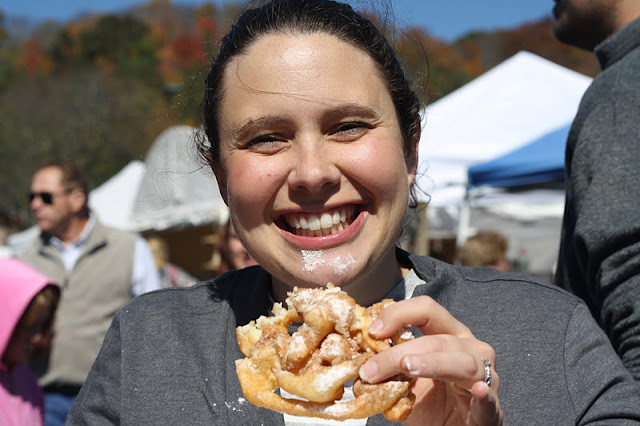 It was a beautiful fall day, which we enjoyed spending outside with family, smelling the smells of a festival and soaking up the energy and excitement of all gathered there.  We'll be back for the 35th Annual Woolly Worm Festival, and by then, Clara will be ready to start training her own worm! 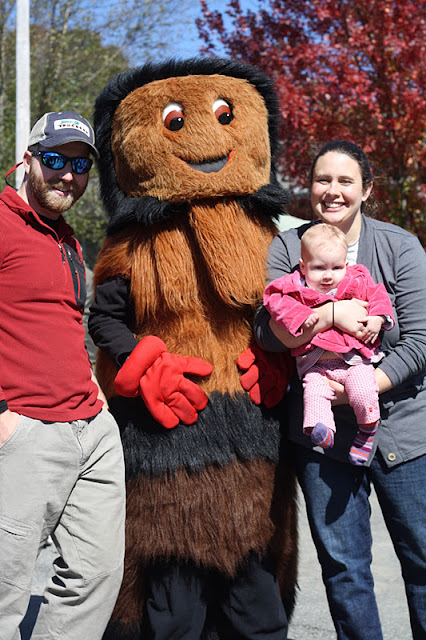