The Faces of Clara

For those of you who have read patiently but been wondering where all the photos are, I am finally catching up.  A quick medical update and then on to the faces of Clara.  Our new plan (nurse during the day, feeding tube at night) seems to be working pretty well.  Weight is tricky because it'll be up one day and down the next, so it's important to look at 2, 3,4 days or more at a time instead of day to day.  But since our singular goal right now is feed and gain, it's hard to not feel disappointed when that morning phone call reveals a loss.  I'm especially taking it (probably too) personally because I feel like it's my job to make her eat and gain weight.  When she doesn't, I feel like I've somehow failed.  She gained 150 grams on Friday (probably rehydration from the 150 grams lost the day before), lost 30ish on Saturday, gained 67 on Sunday, lost 24 Monday.  So, we're overall in the black, but would love to see even more steady gain.  We've (re)-condensed her nighttime feeds so she receives 90cc (3 ounces) over 45 minutes every three hours.  IF she keeps gaining, the tentative plan right now is to discharge on Friday.  We'll be going home with that NG tube down her nose and we'll be giving her those 3 ounce bolus feeds through the tube during the night while she rests.  Hopefully we can replace those feeds gradually and slowly with breast and/or bottle feedings until we are done with the tube.  It was a really tough decision for Robert and me about the tube.  We had to decide between this NG tube that has some risks and the G-tube which meant surgery.  There are pros and cons to both and I think it was one of our first big lessons in parenthood - trying to make a decision in the best interest of your child when you're not really sure of the future or what the best thing is.  In my gut, I believe that she won't need the tube for very long; she's eating great during the day.  So, we're going with the less intrusive, but slightly riskier NG tube and praying that she won't have any complications like pulling the tube and aspirating.  Having the bolus feeds instead of continuous means that we'll wake up and watch the feed go in her to be sure that she doesn't have any problems.  We are so hopeful it just won't last long.  If it starts to look like it will be months instead of weeks, we'll probably come back and do the G-tube surgery.

So, these photos have a few from last week when she was totally tube free and we can't wait for that day to return!  The rest are more recent since her tube has come back in this week.  Please continue to pray that Clara will gain weight.  We're going to give one more go at the bottle tomorrow and if by chance she guzzles it down, we could try bottle feeding at night and still potentially go home tube free.  It's a long shot, but we know Someone who is in the business of long shots.

Okay, Clara's ready to eat!  Off I go.  Here are some photos.  Enjoy, and please keep praying.  Hopefully we'll have some in her "natural habitat" in the next few days. 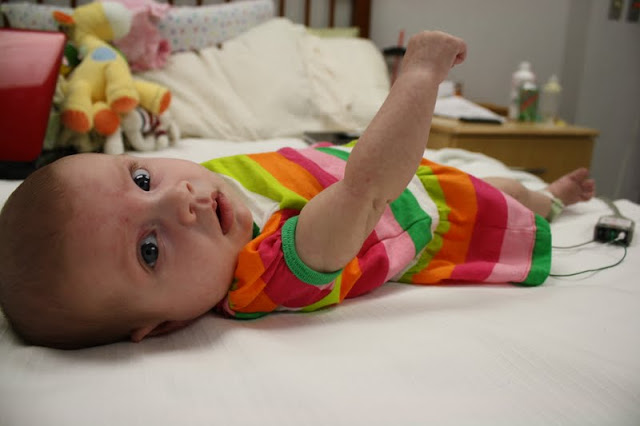 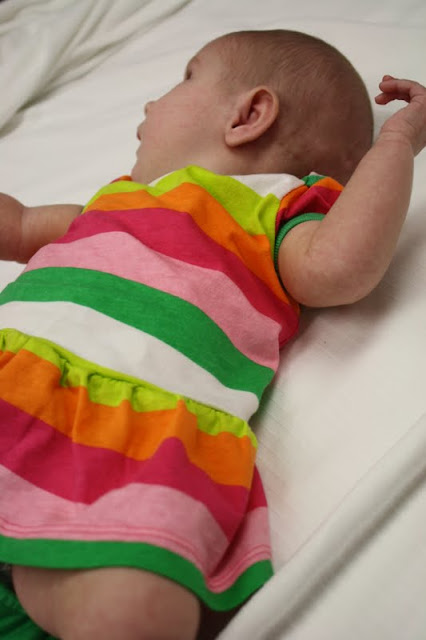 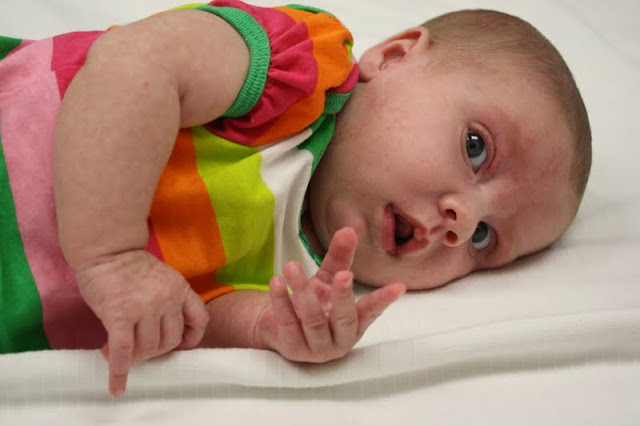 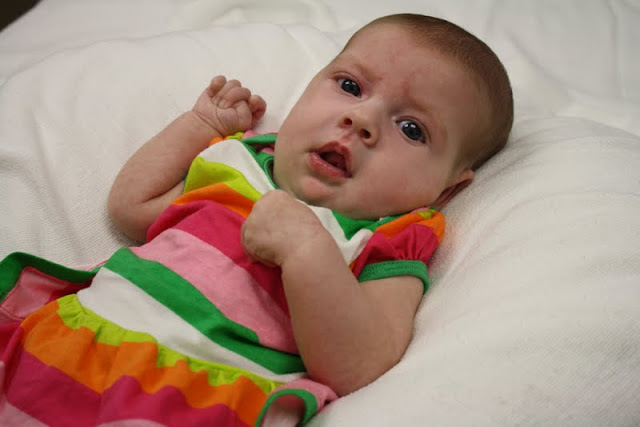 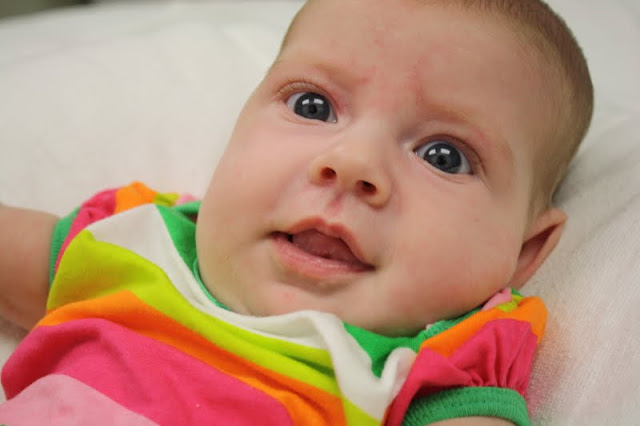 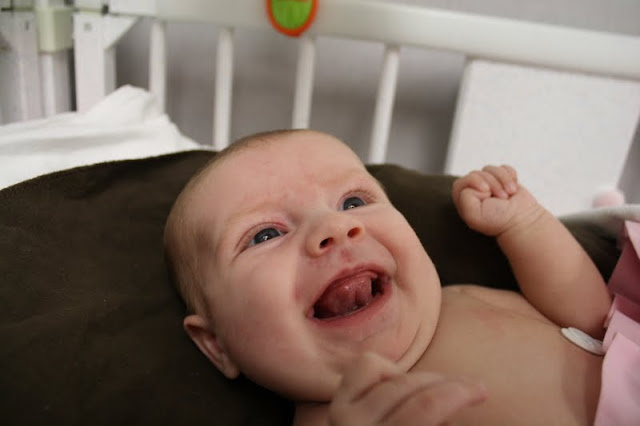 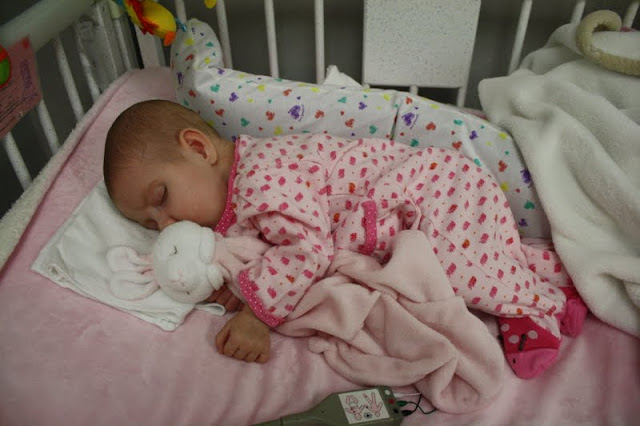 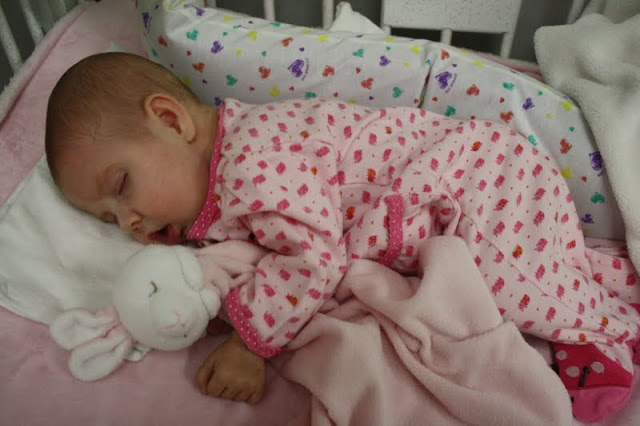 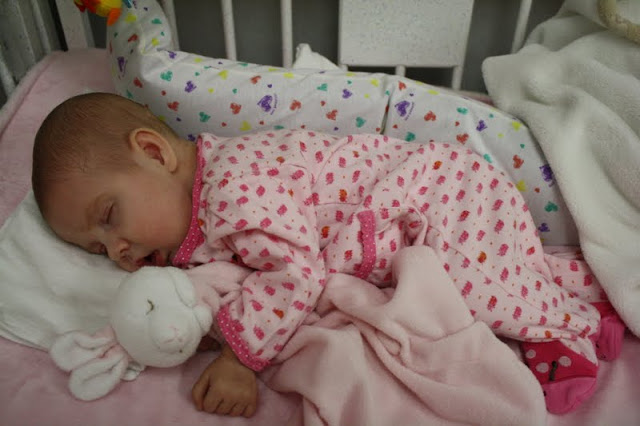 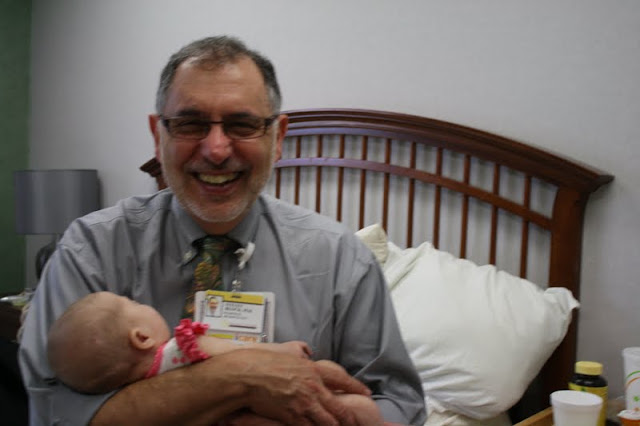 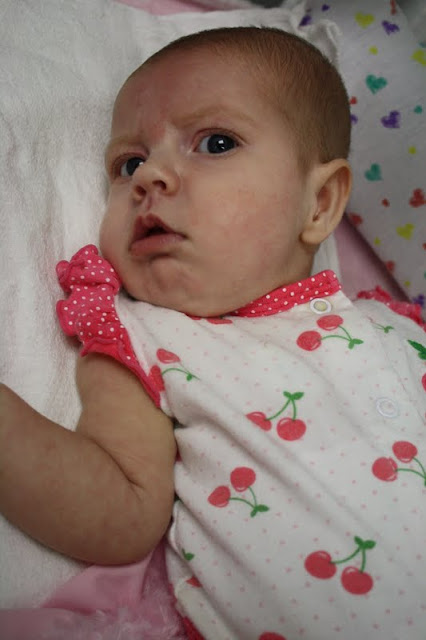 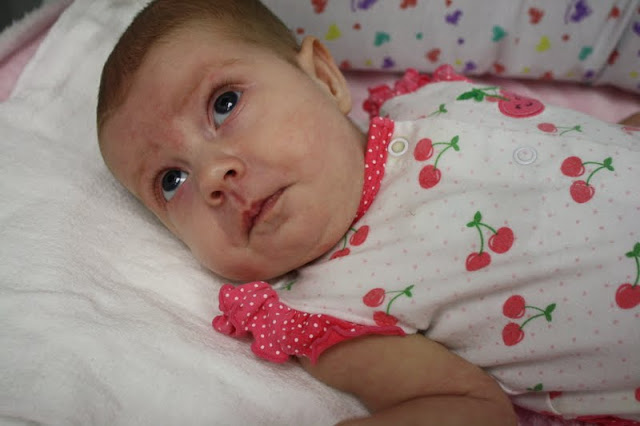 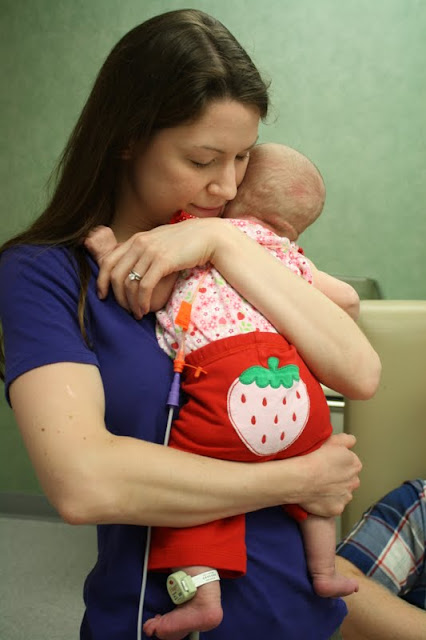 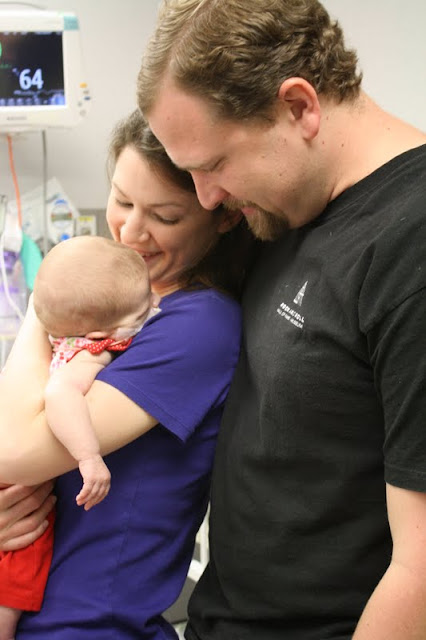 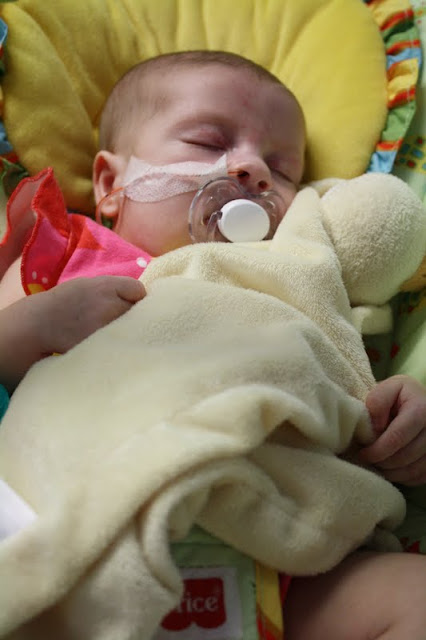 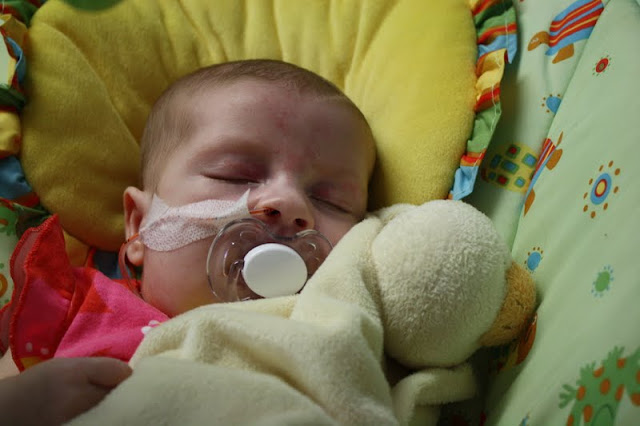 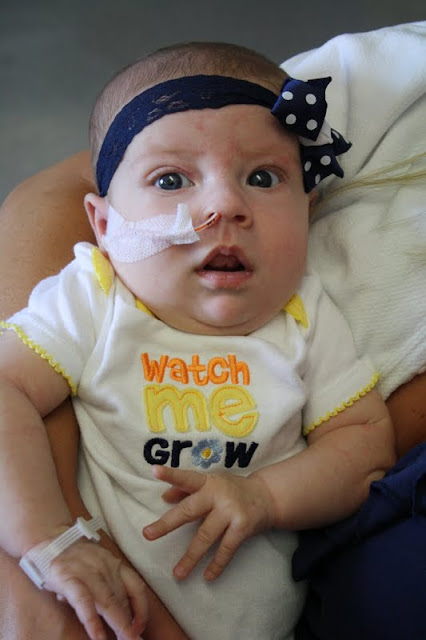 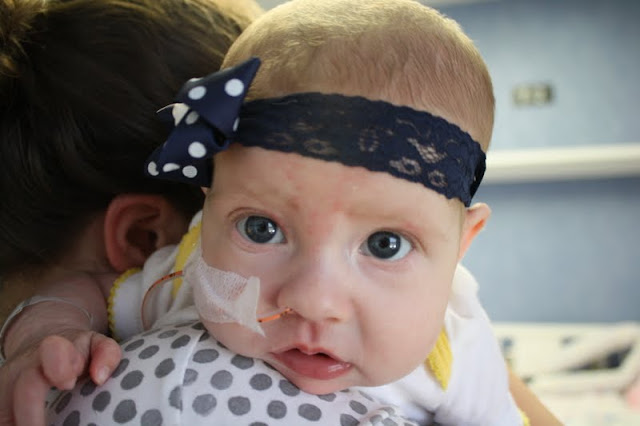 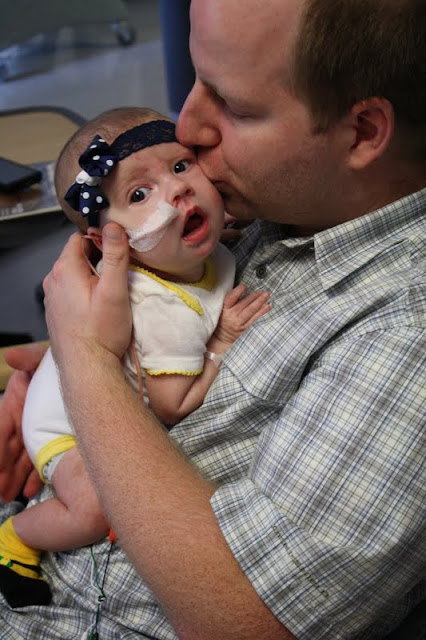 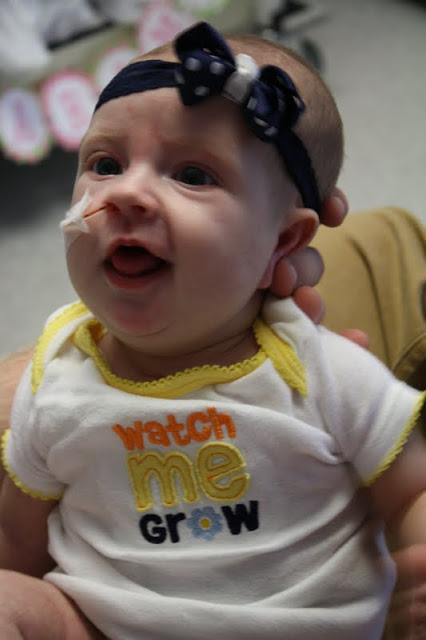 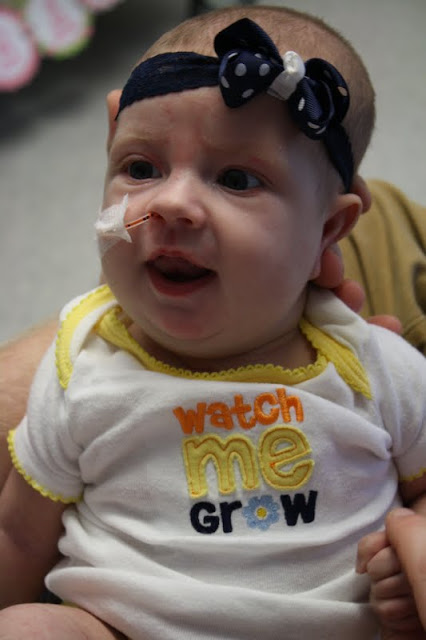 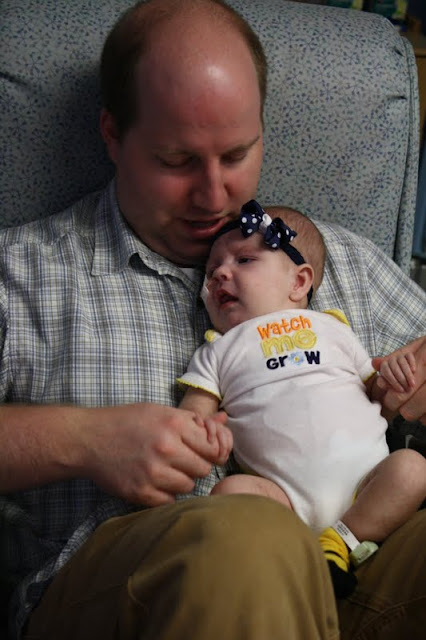 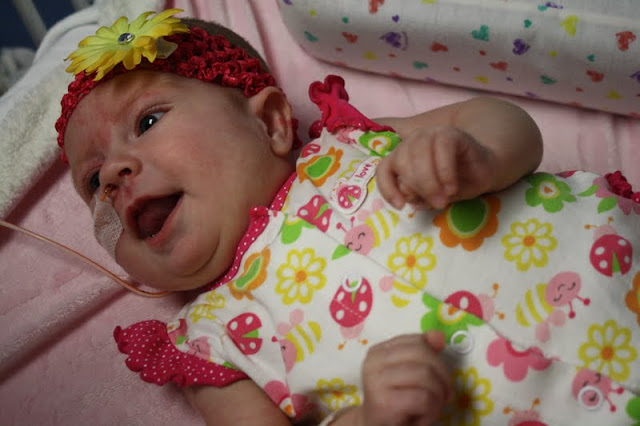 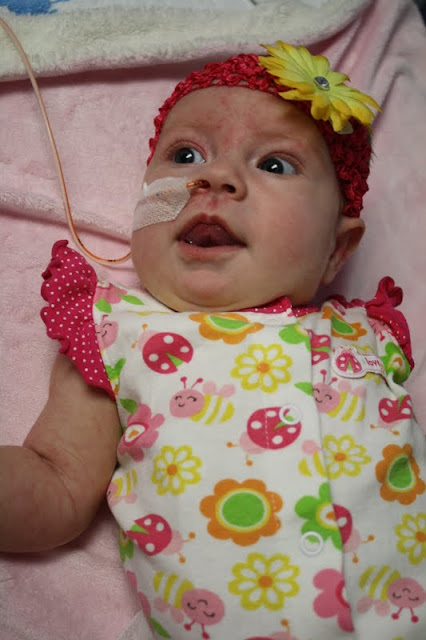