Every year we plant a garden. And every year it seems we have a different crop that goes bonkers and produces a bumper crop!  Some years it's been zucchini or peppers or tomatoes (well, let's be honest.... you really CAN'T have too many tomatoes).  This year, it was cucumber. 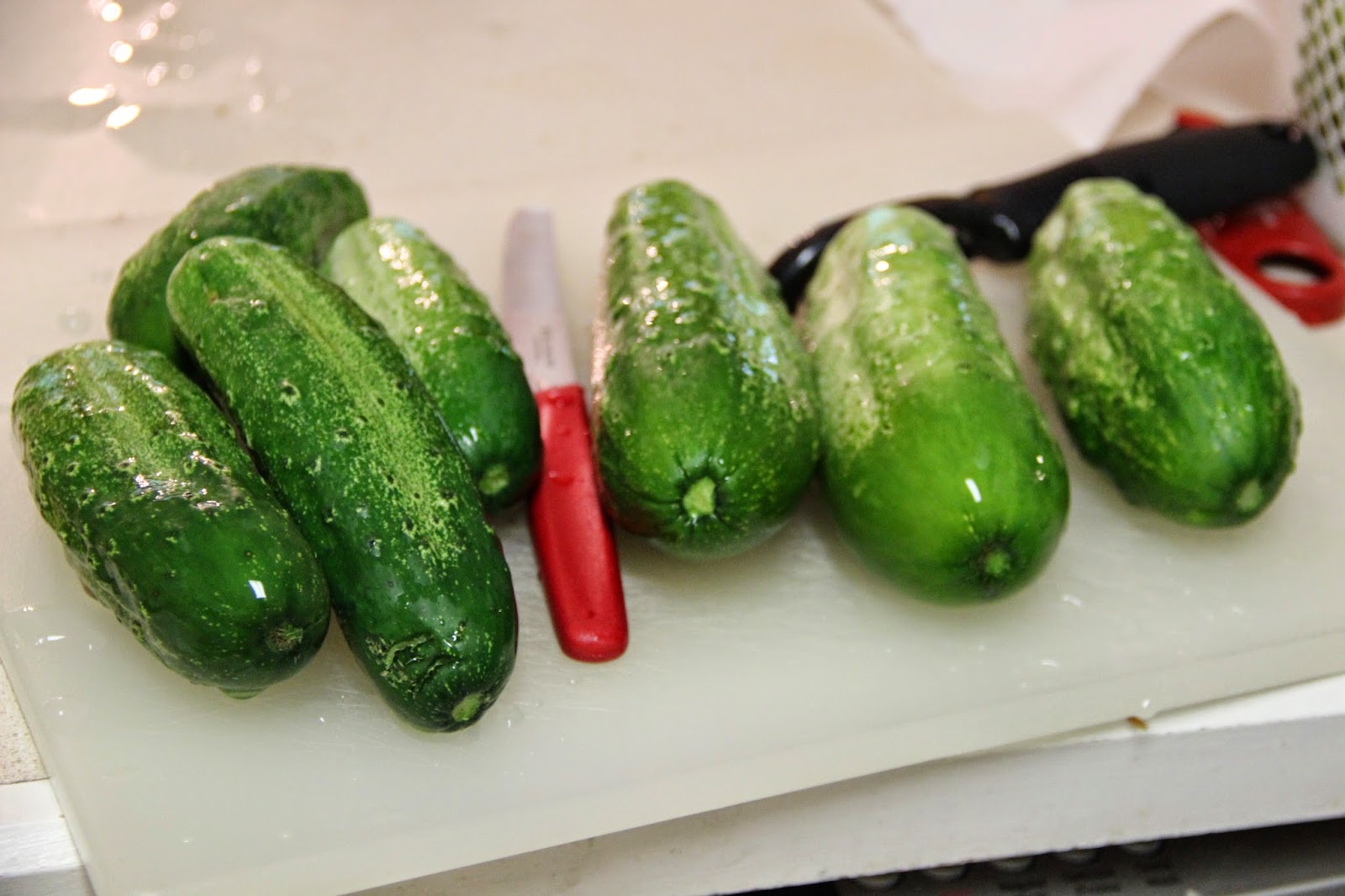 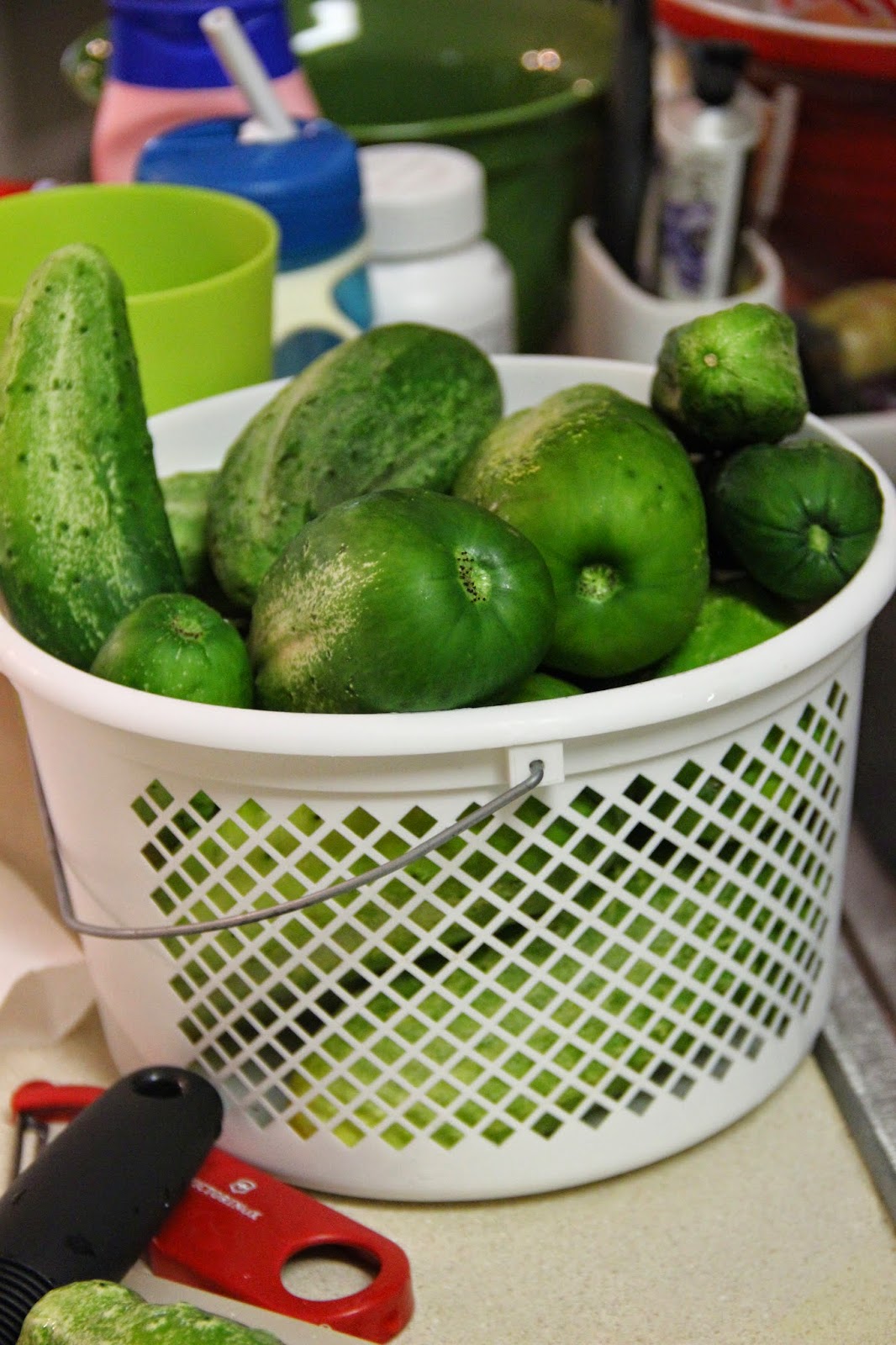 It's a shame, since I don't really like cucumbers.  But Robert and Clara love them and more importantly, Robert loves pickles (ew, yuck.)  So a few Saturdays ago, Sweet Mama came over to help Robert make a big batch of pickles using her mother's recipe.  Clara (and Eloise?) helped. 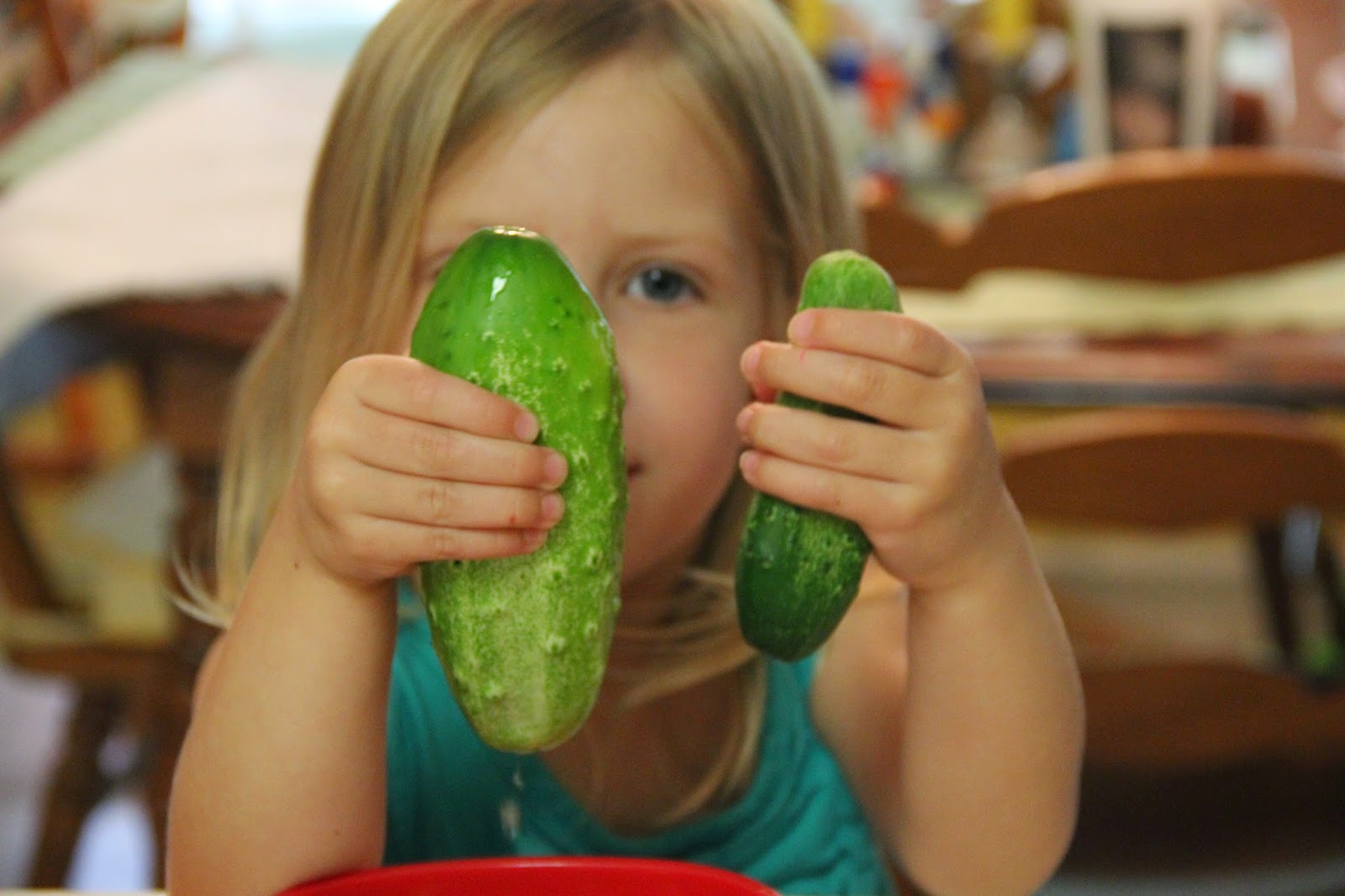 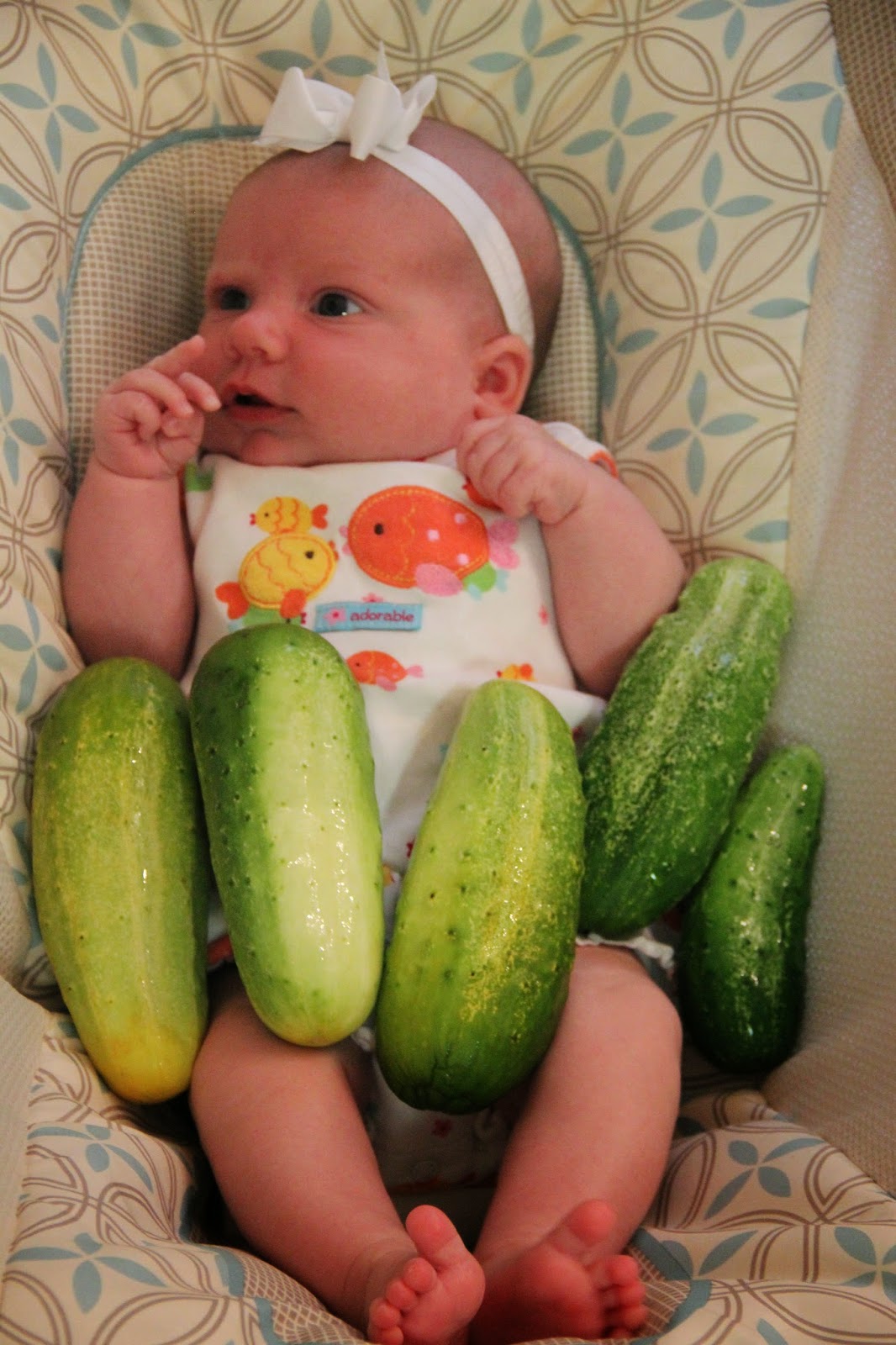 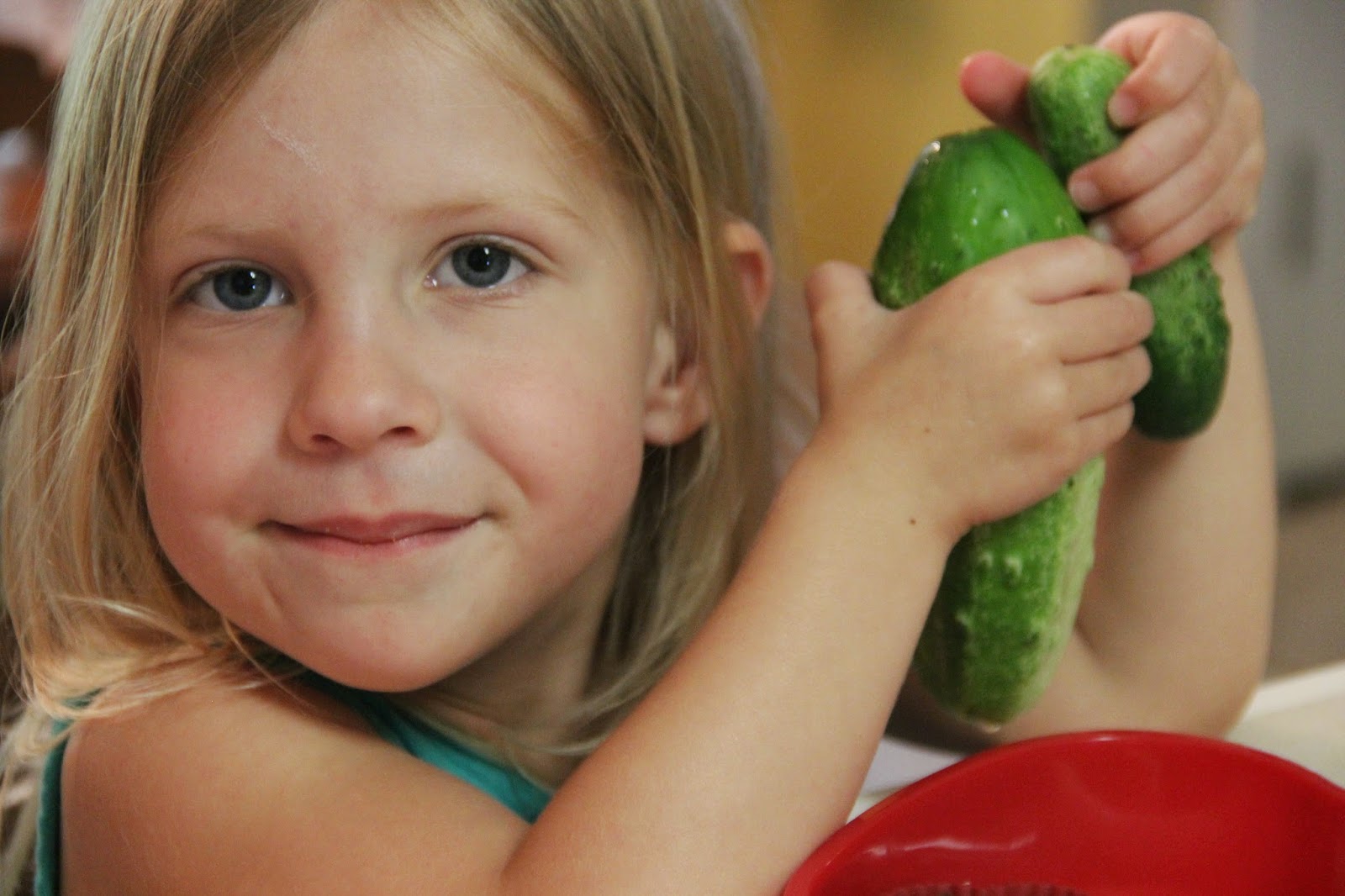 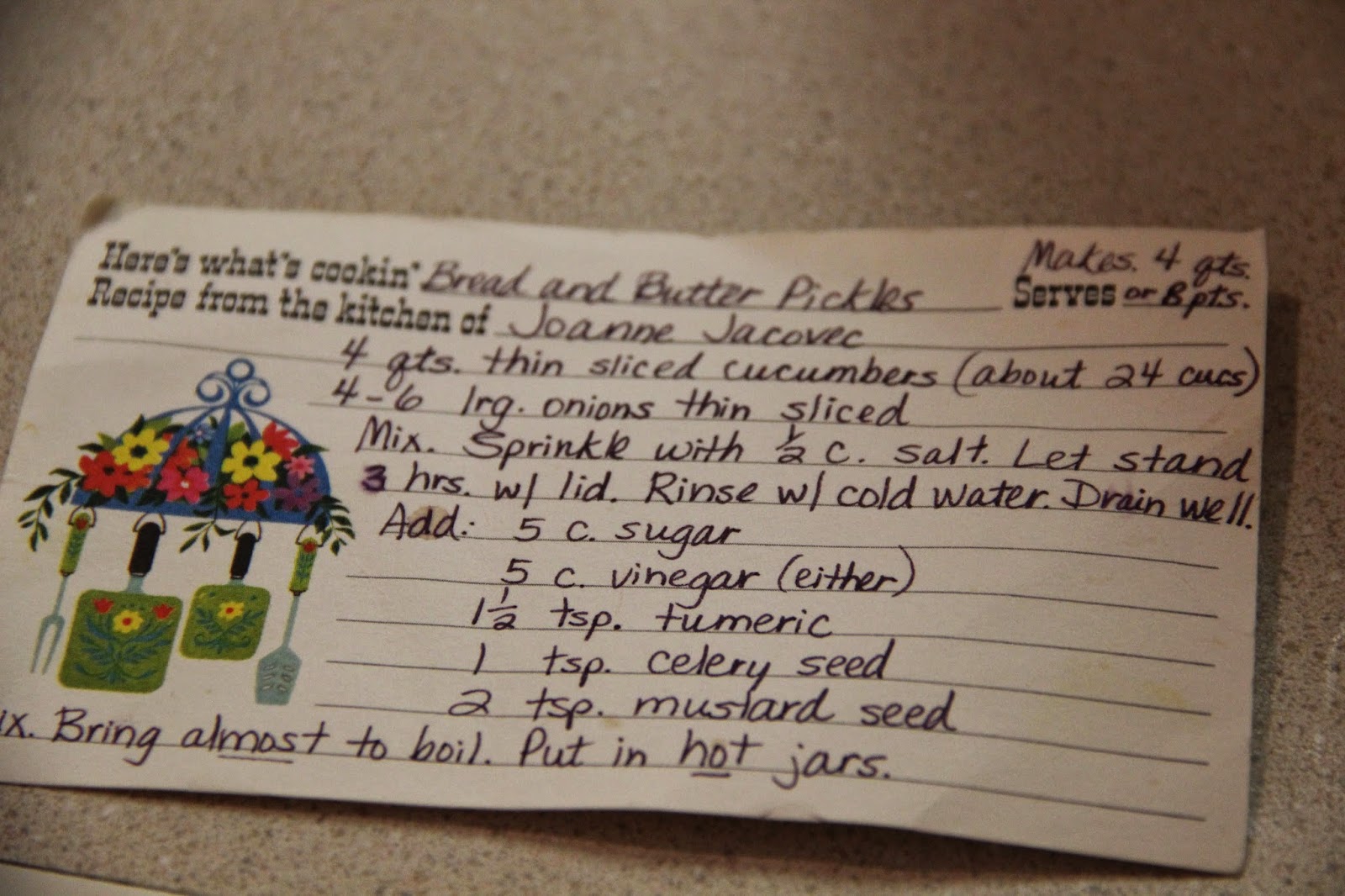 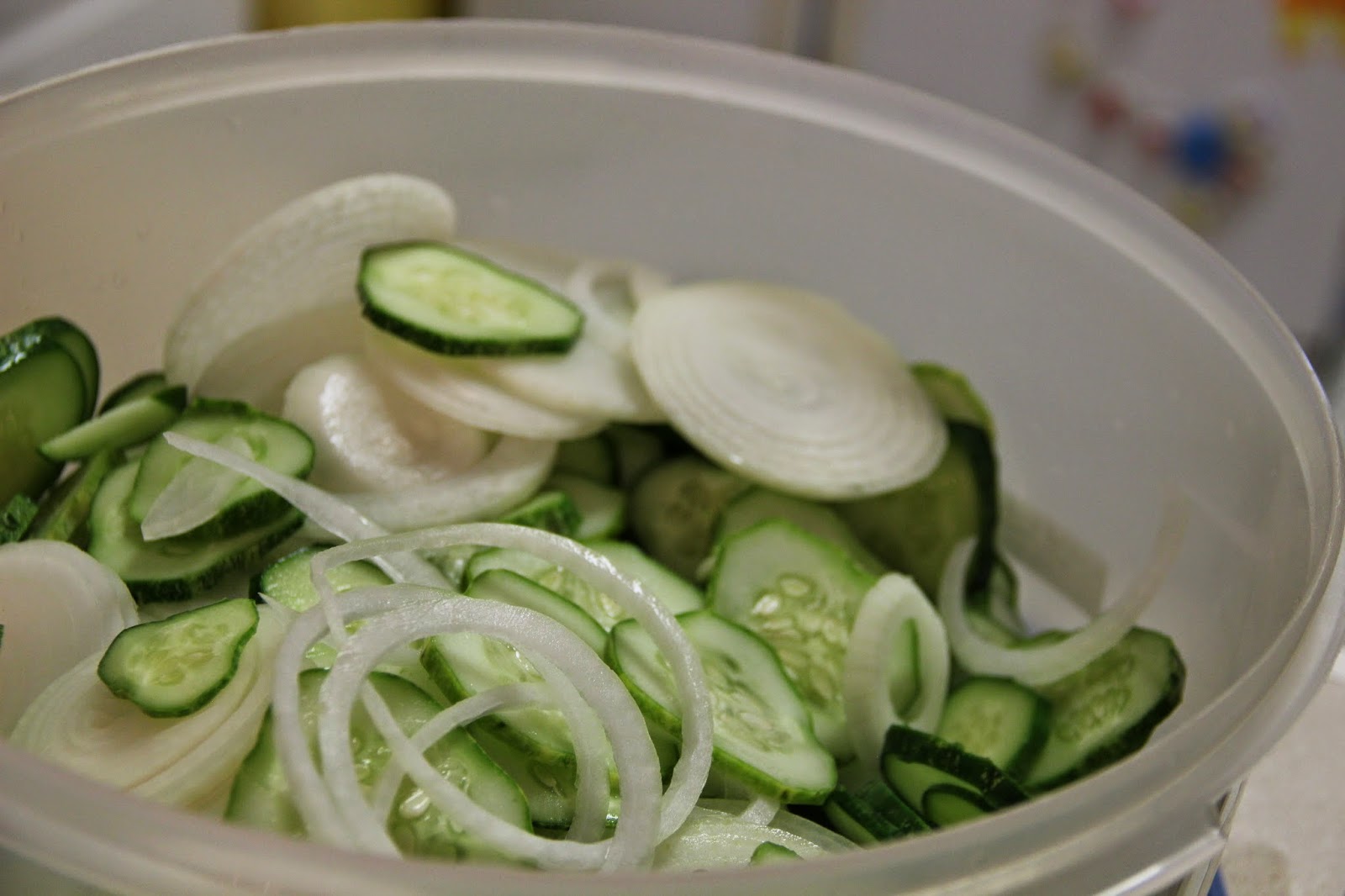 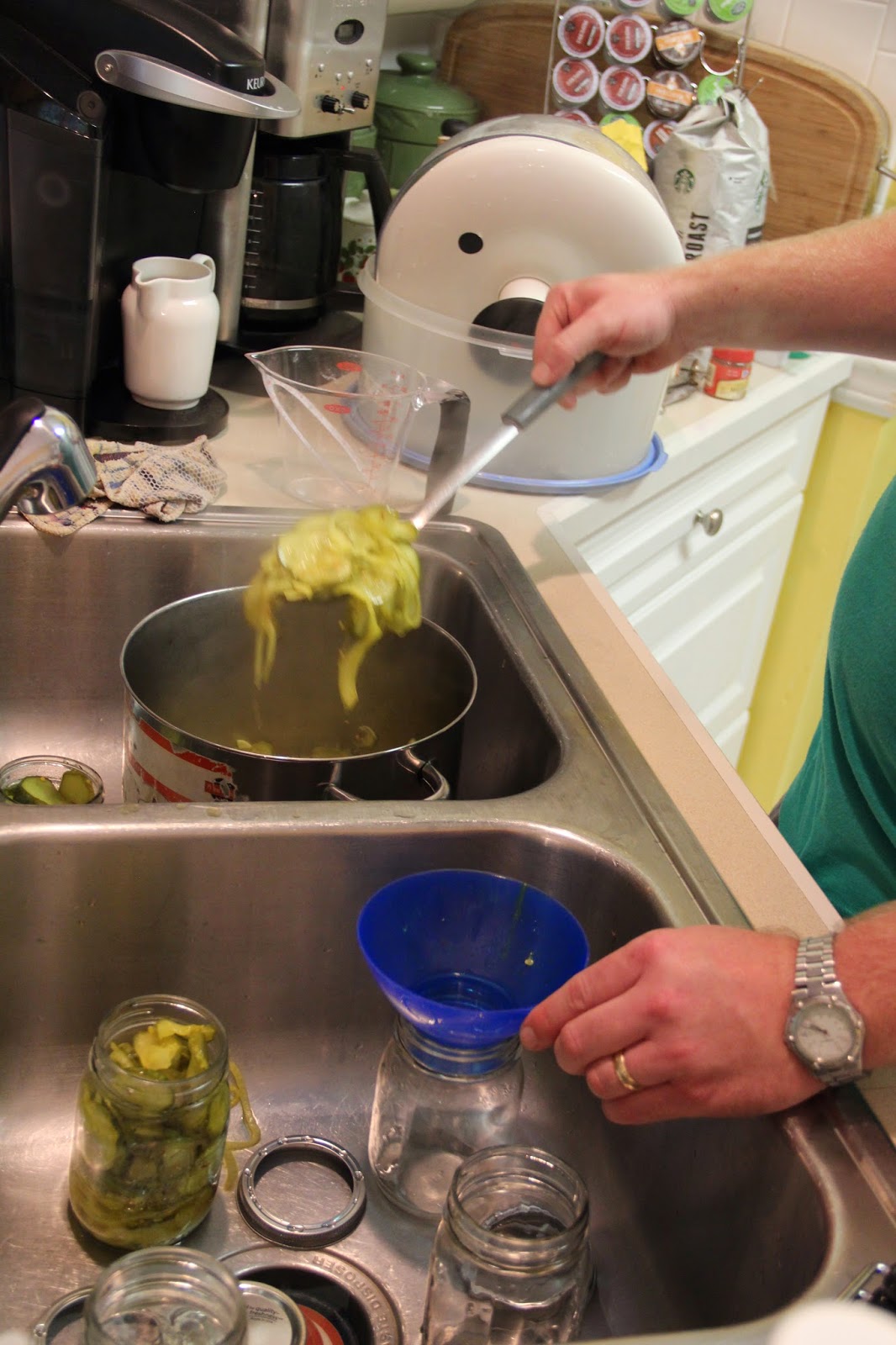 I won't be tasting them to tell you if they were any good, but it was fun for me to watch these folks I love work together to create something with all those cucumbers.  Summer just calls for canning.  And even though I never knew my grandmother, it's cool to think that some of her legacy is living on in jars in our garage.  Anyone need some cucumbers?
Posted by Chrissy at 2:49 PM