We had a great day today at Bookmarks Festival of Books and Authors.  I can't believe that this was Bookmarks' TENTH Festival and my first!  It was a super fun day.  Part of the festivities included a parade where kids dressed up as their favorite book character and Clara chose to go as Alice the Fairy (David Shannon).  Here she is, trying out Alice's spell on Rufus:  "Hawkin Tawkin Riggin Fawkin!"  I think, like Alice, she still needs to work on that one a bit. 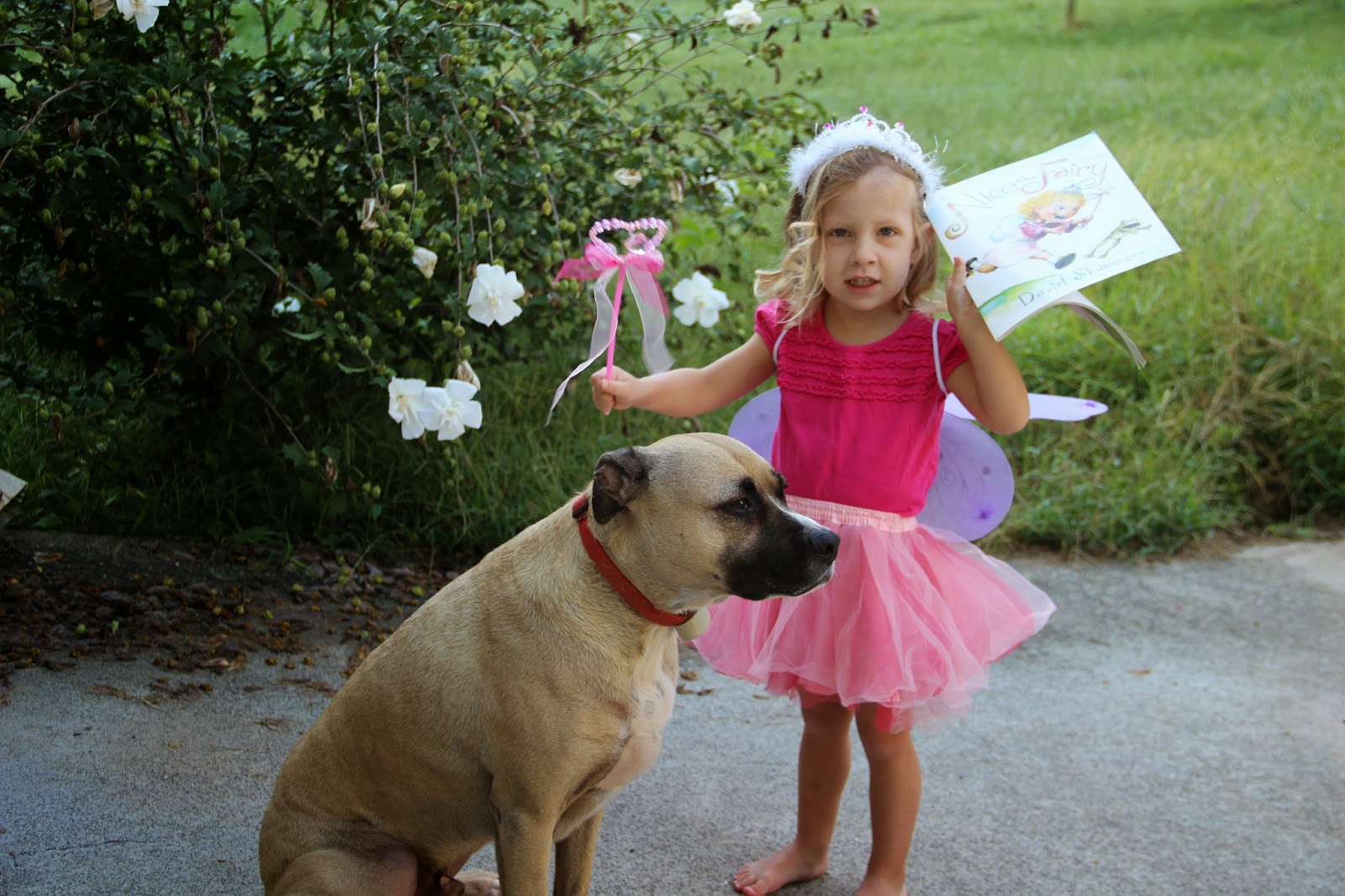 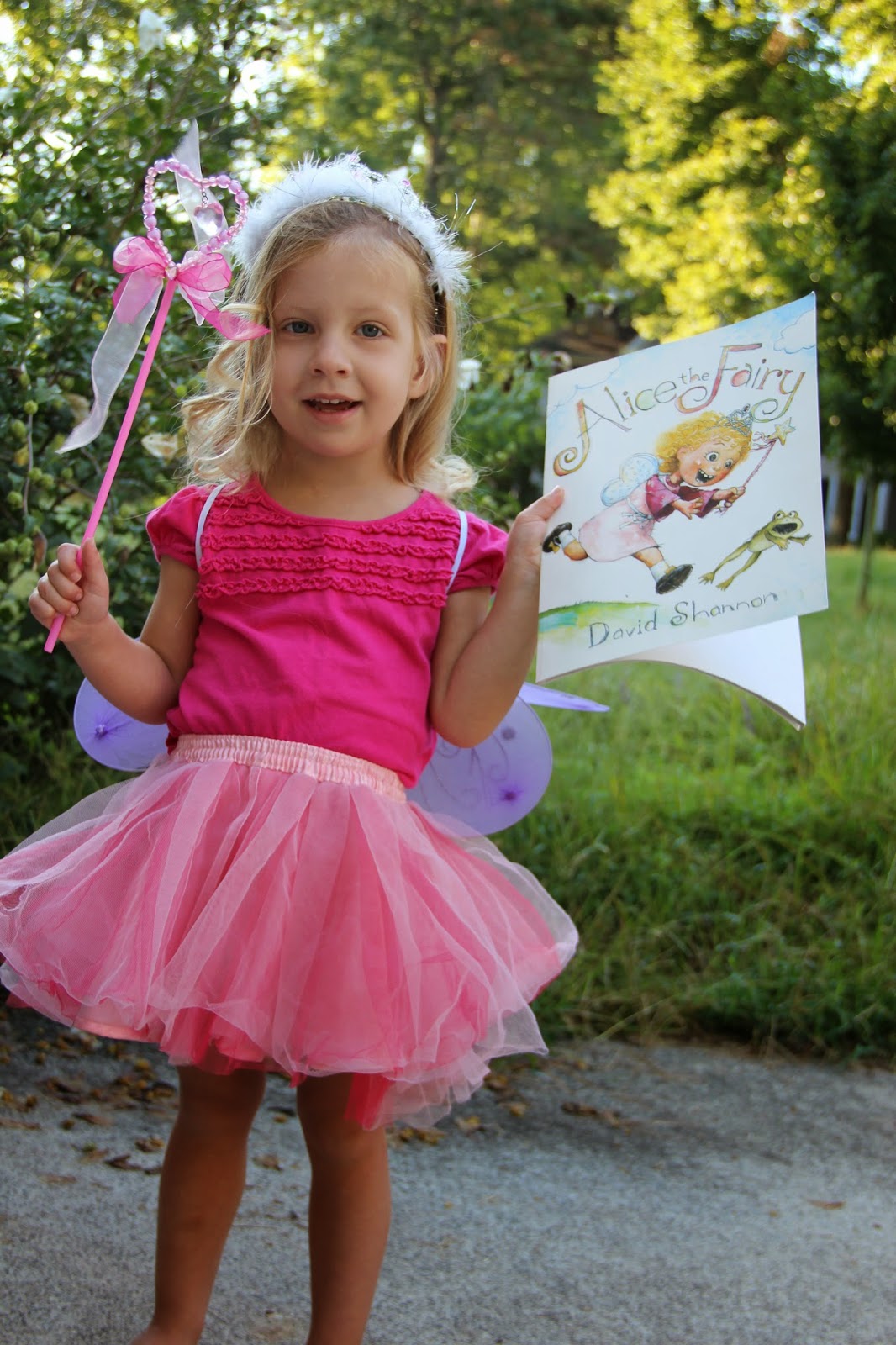 Eric Litwin, author of the first four Pete the Cat books was presenting and signing and since Clara is a big fan, we wanted to be sure to check him out.   He gave a super lively "book talk" that was perfect for the big crowd of kids that gathered.  Here's Clara and Miles rocking out to his introduction with their daddies. 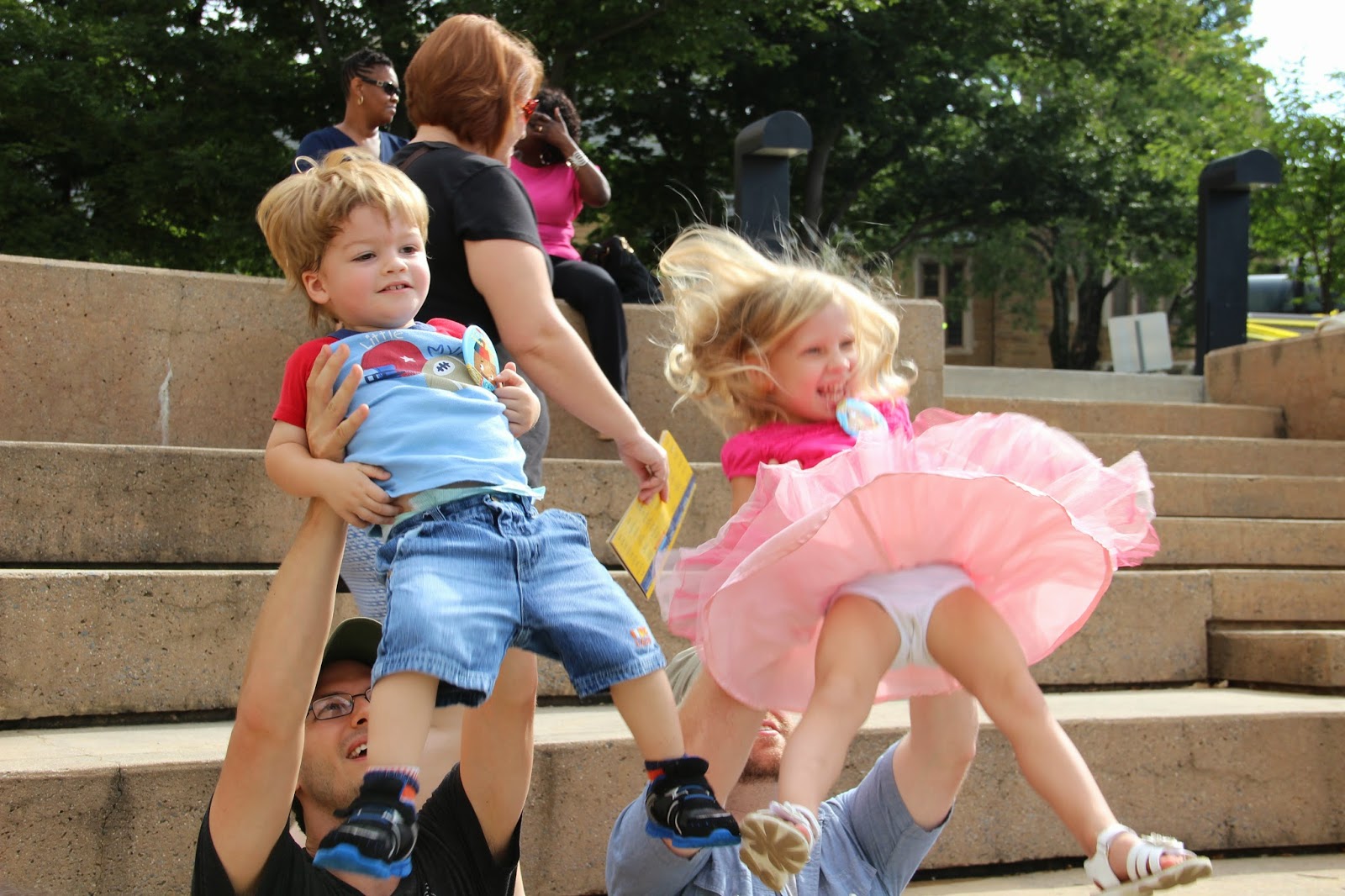 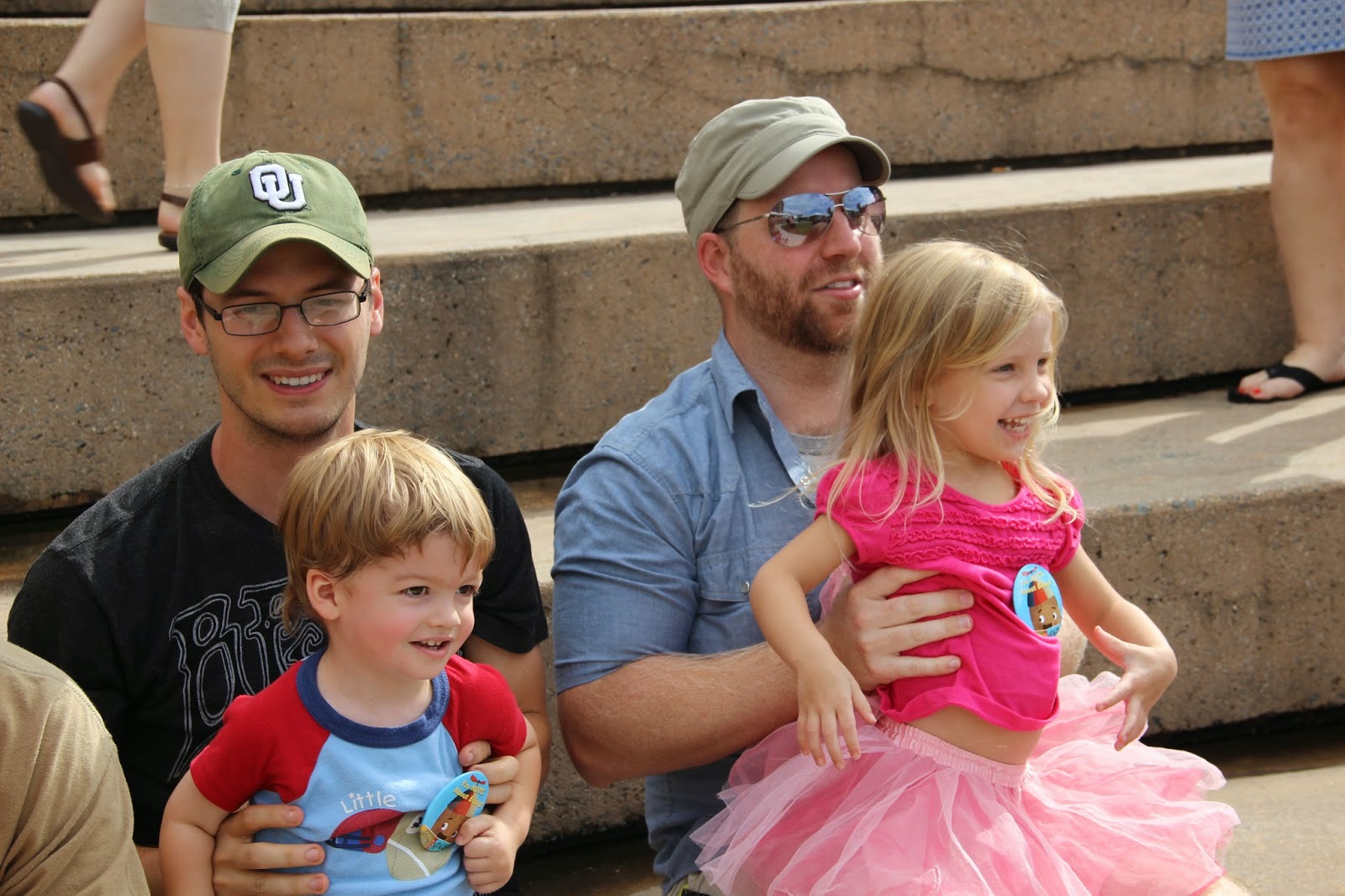 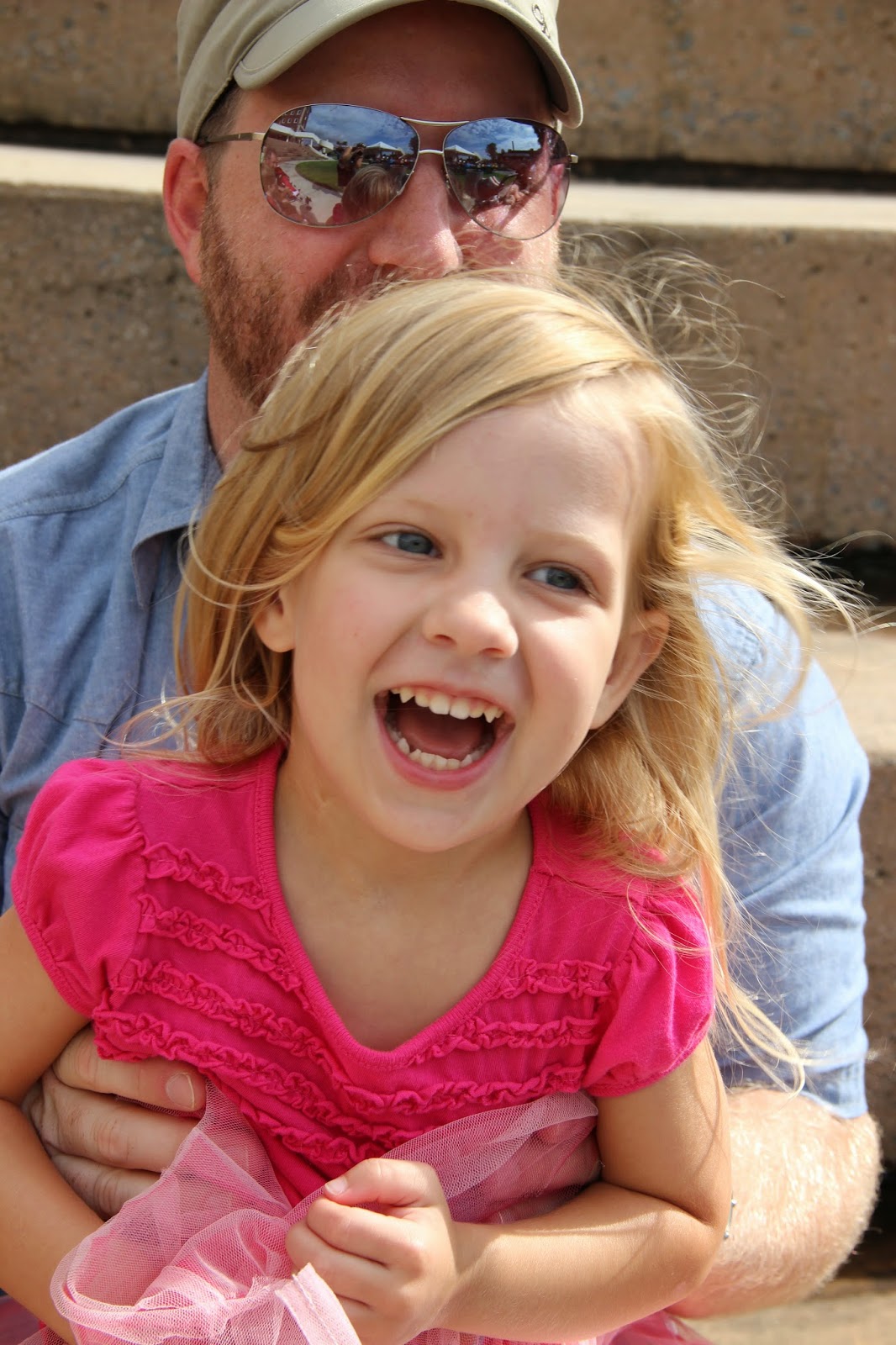 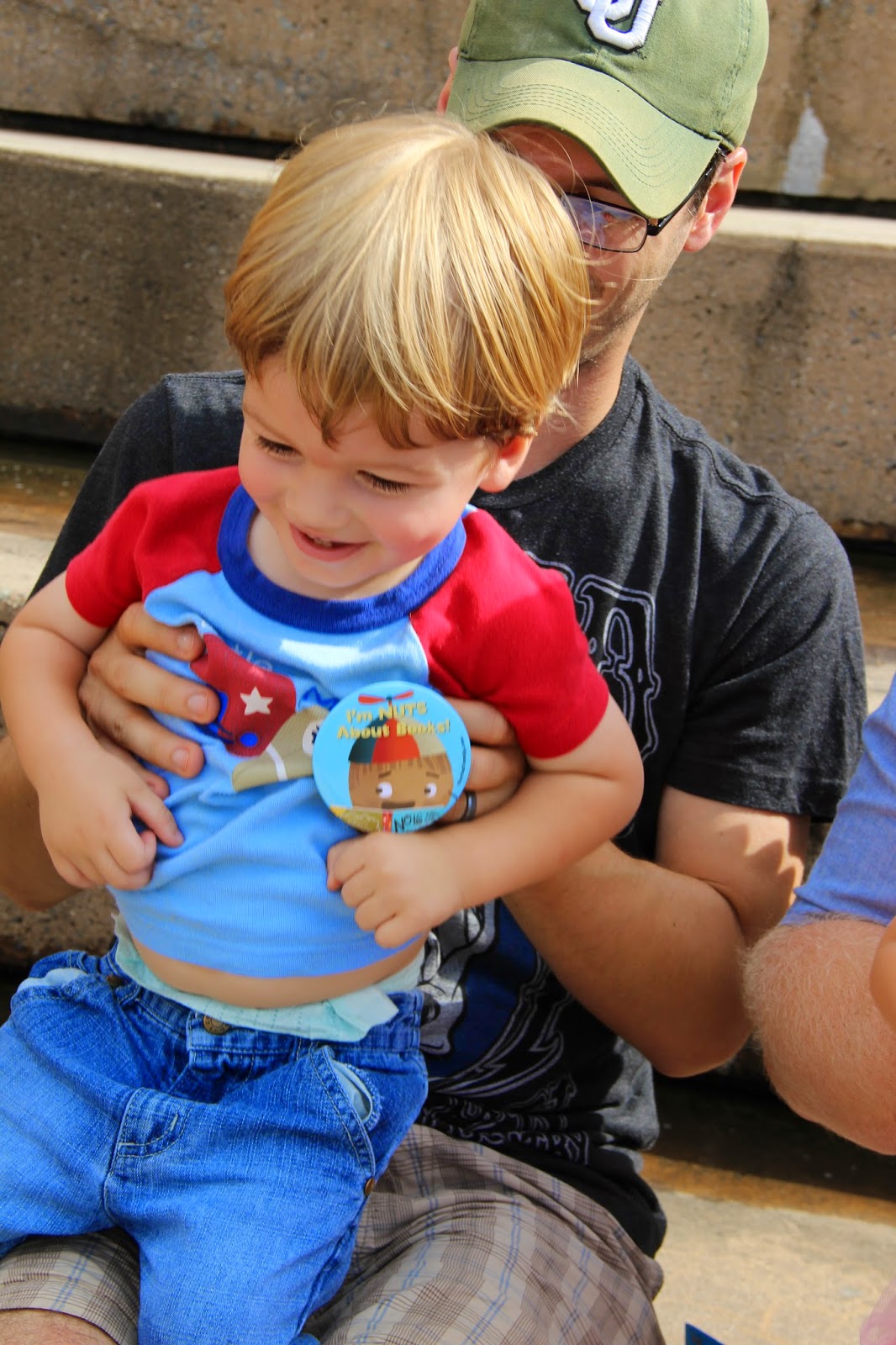 He performed Pete the Cat and His Four Groovy Buttons (the Pete the Cat book that Clara had brought for him to sign!) and then gave a great reading/singing of his newest book from his new series: The Nuts | Bedtime at the Nut House. (Listen to the song here) 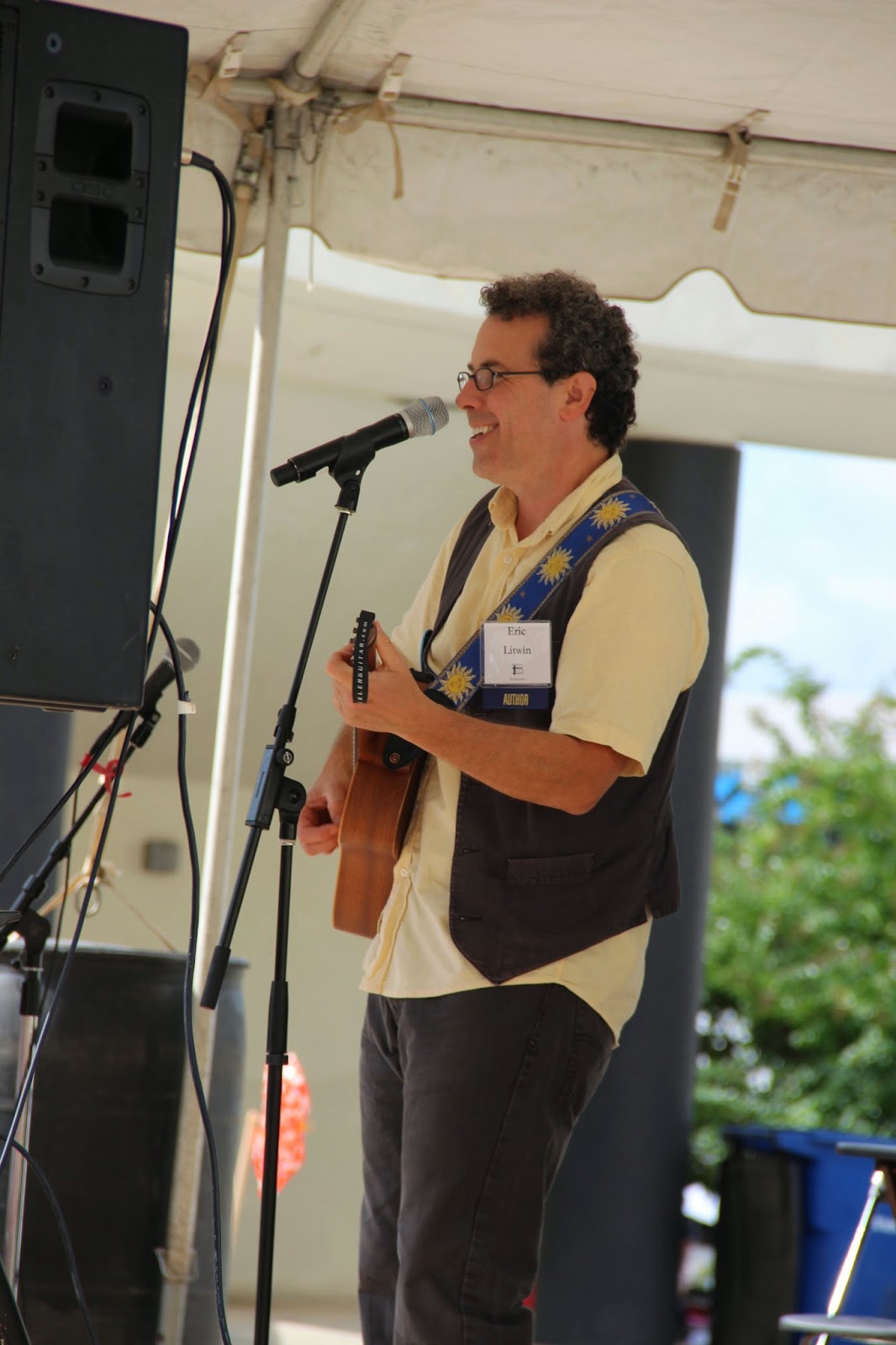 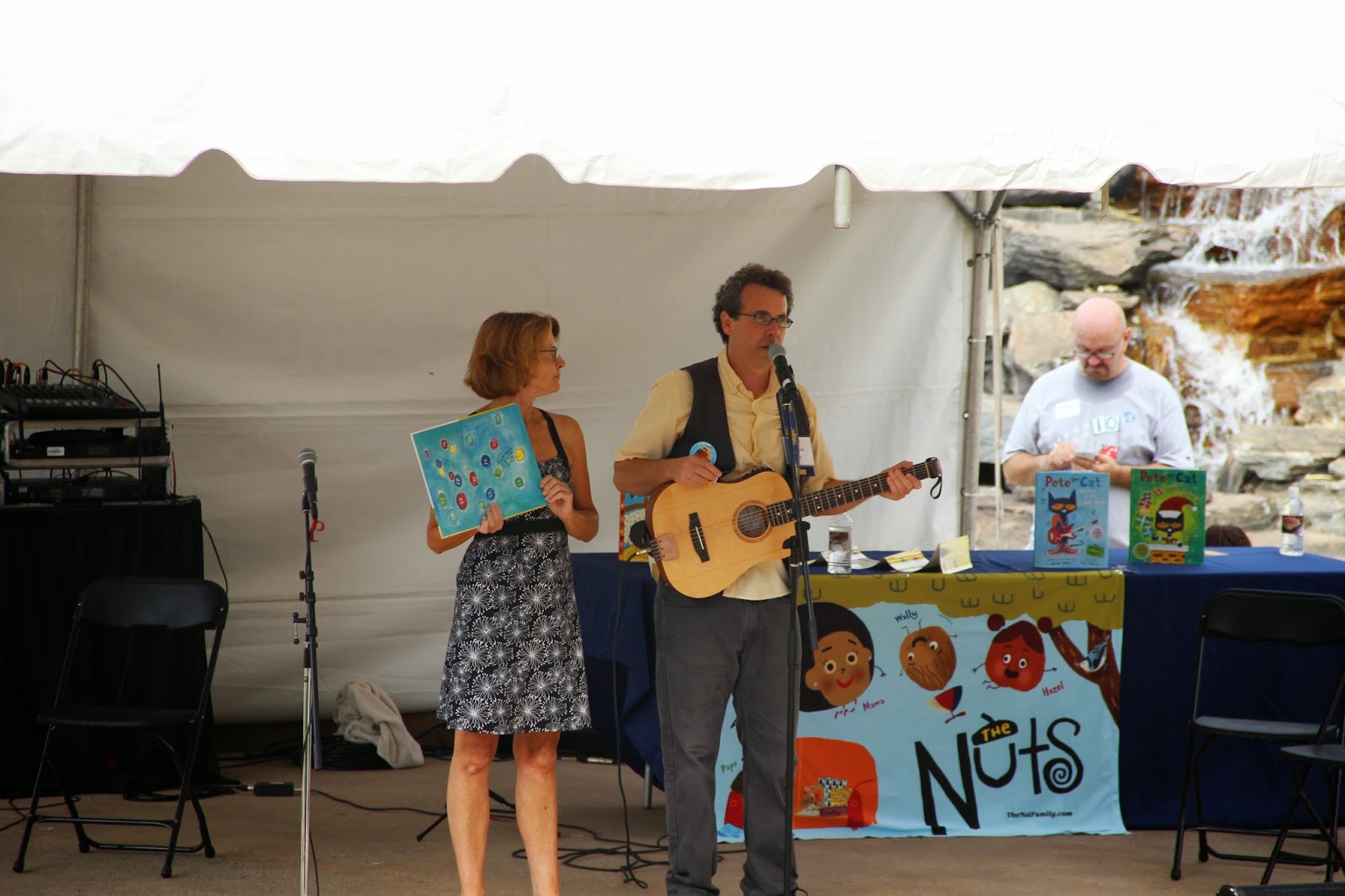 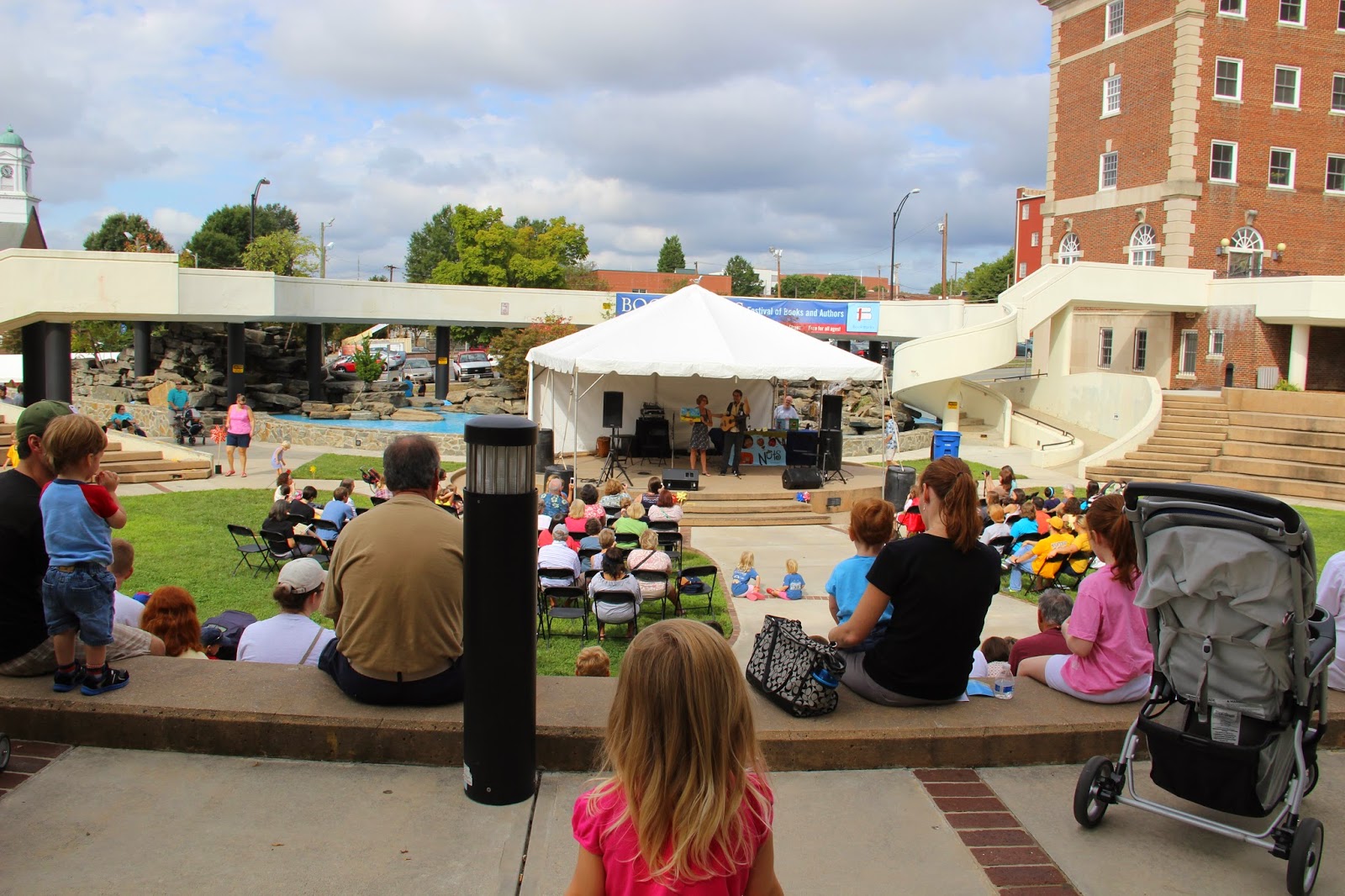 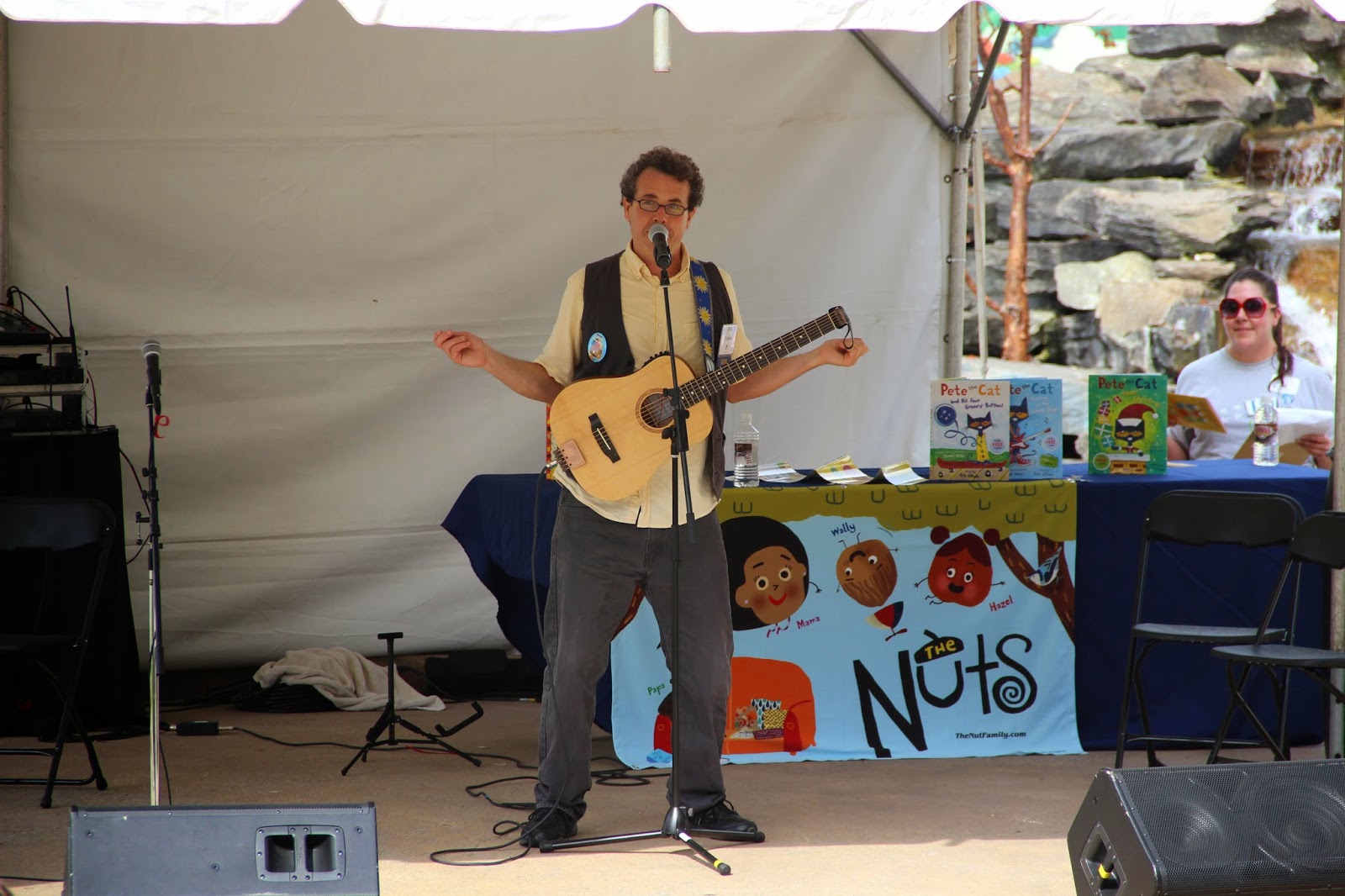 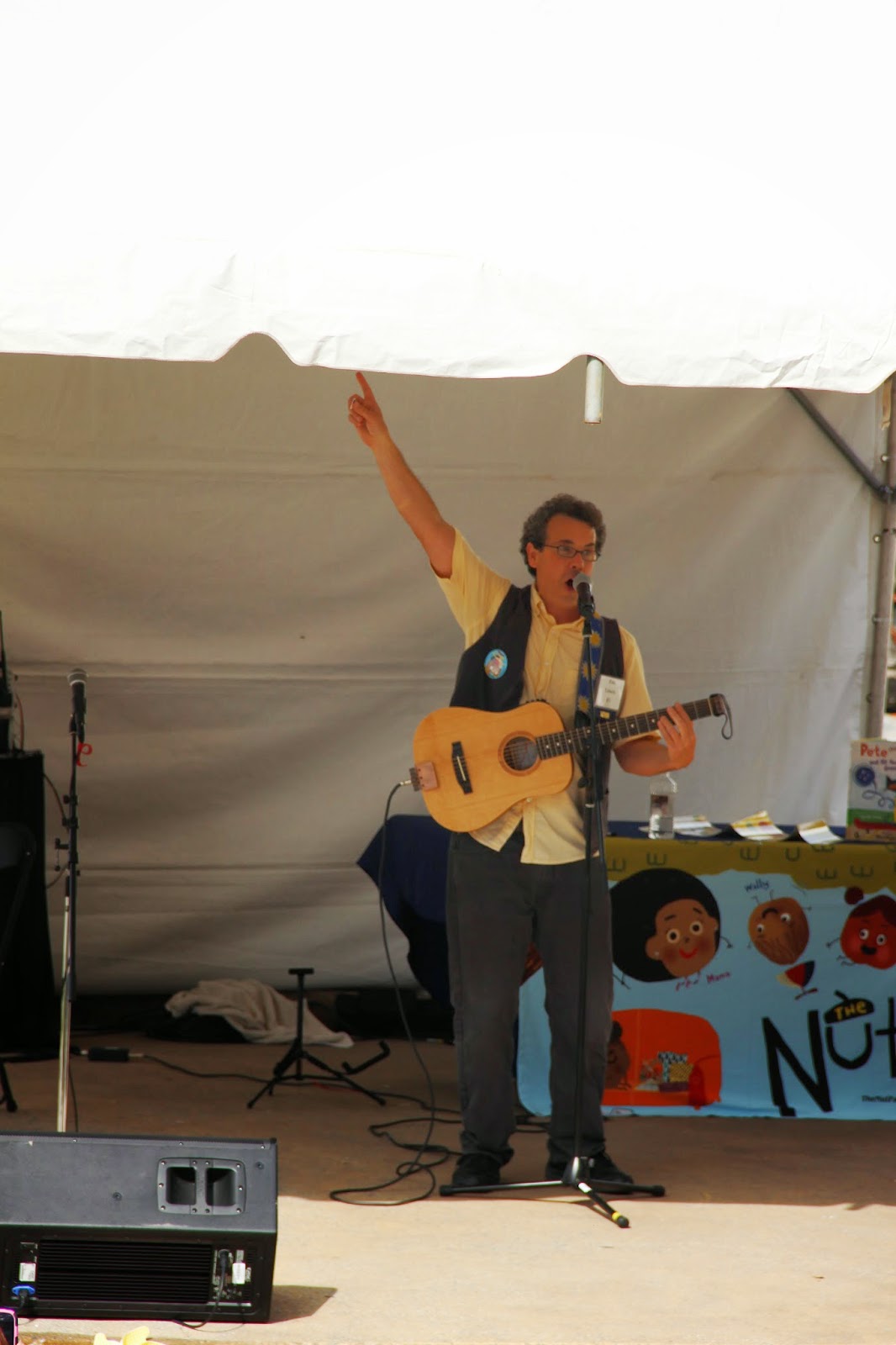 Finally, he invited all the children on stage to teach them the dance and song to his next, yet to be released Nut Family book. 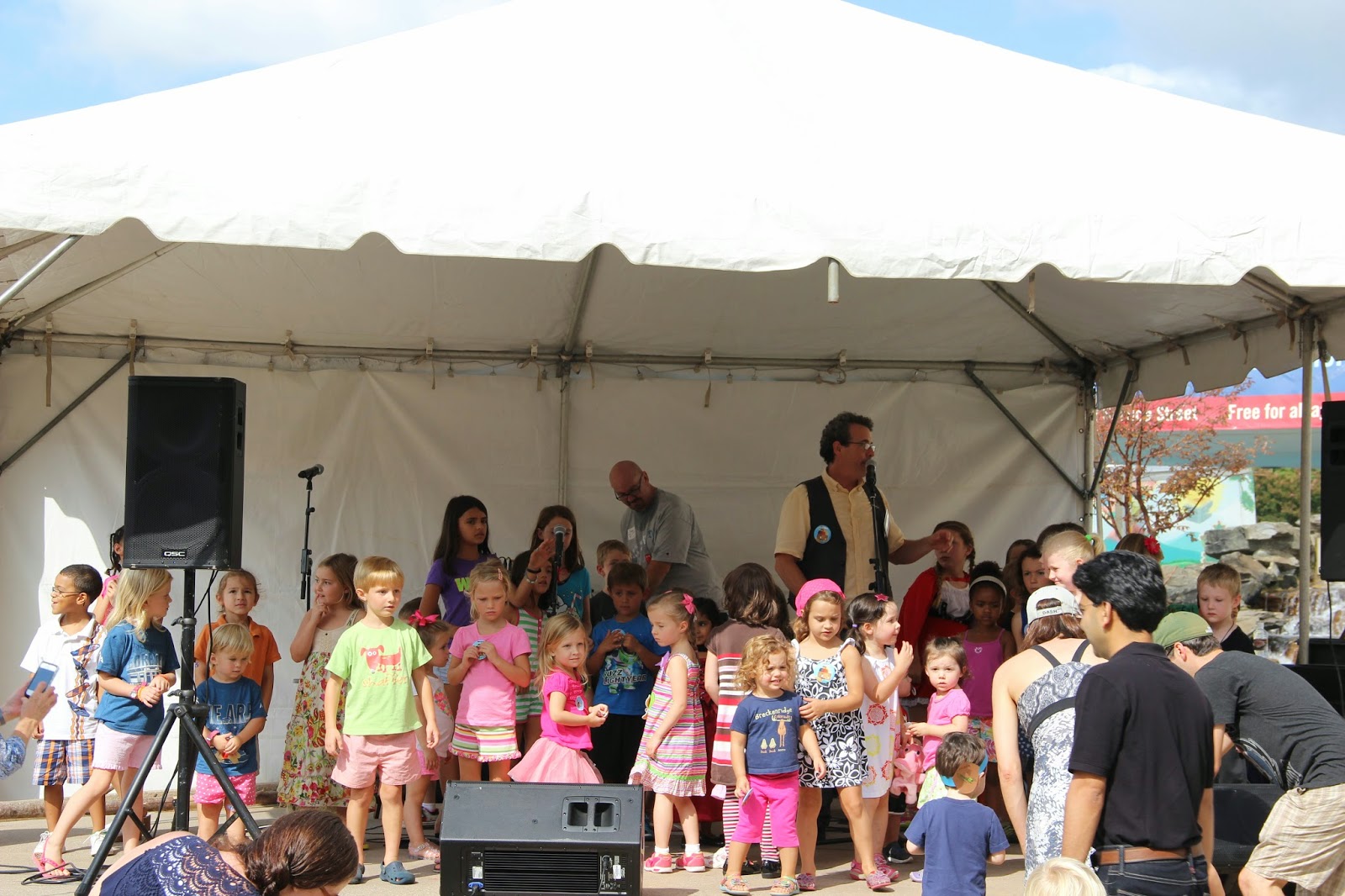 After his performance, the kids in costume began their parade. Clara joined some friends from church who were dressed as fabulous Fancy Nancys. 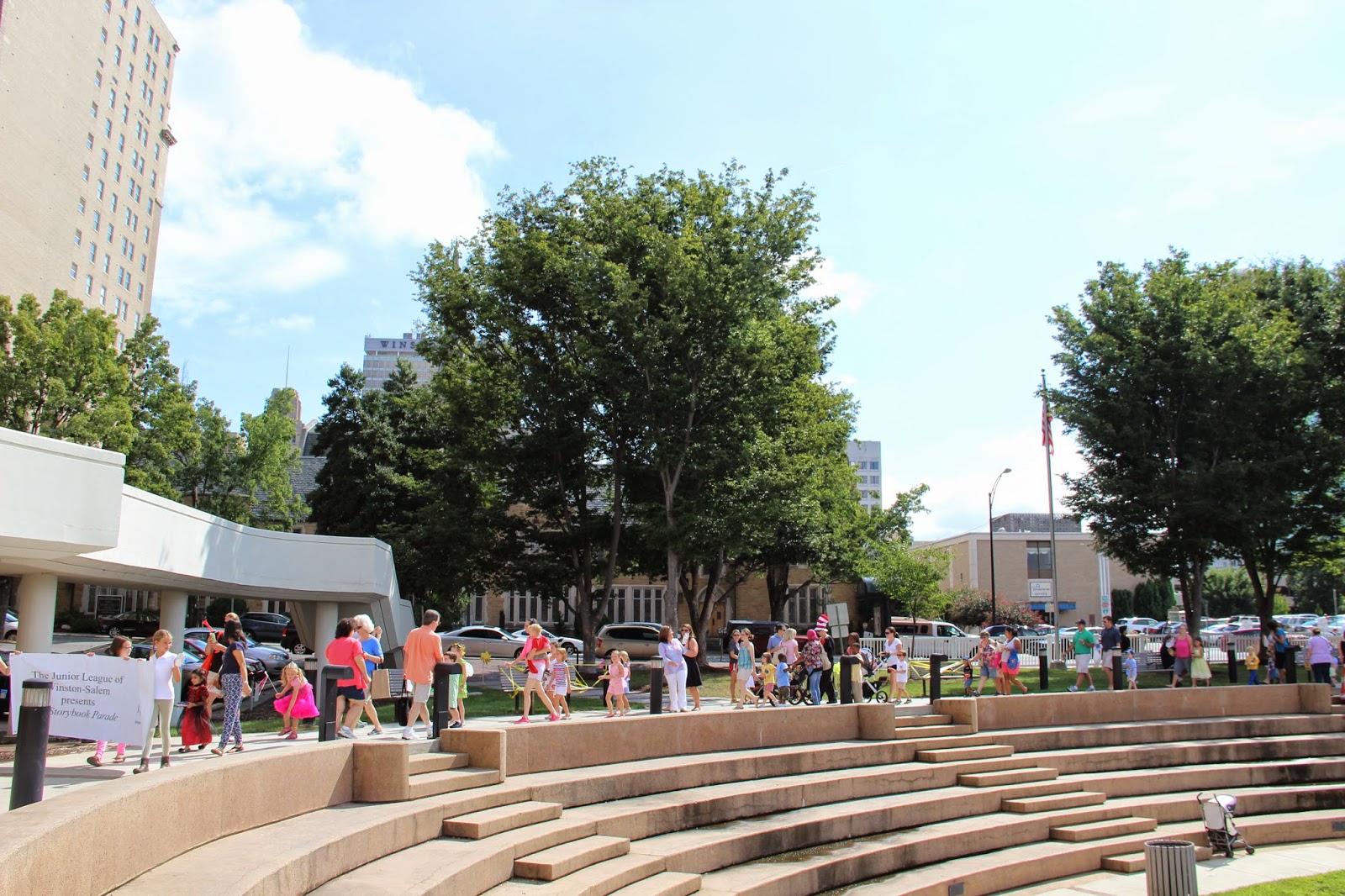 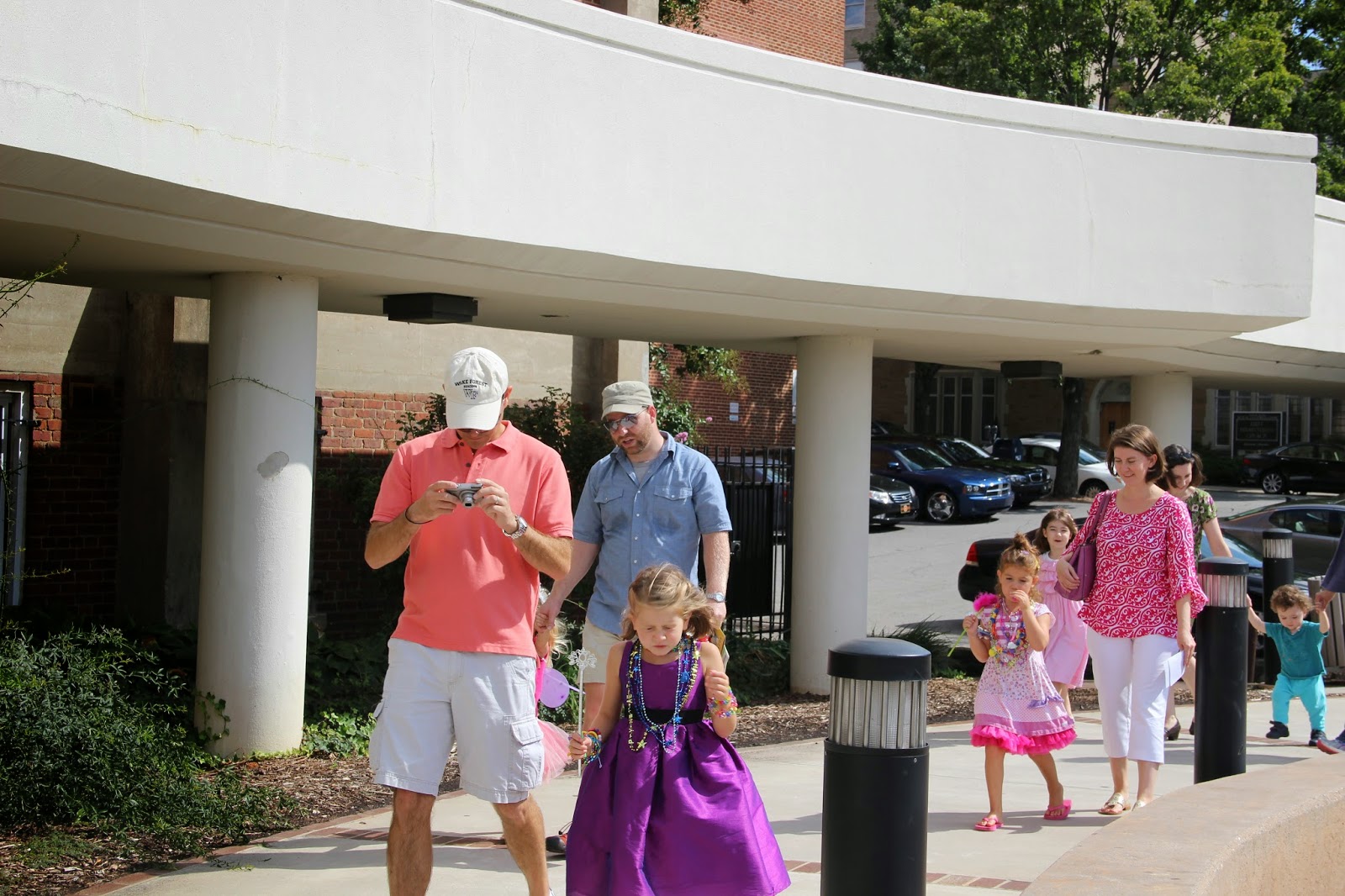 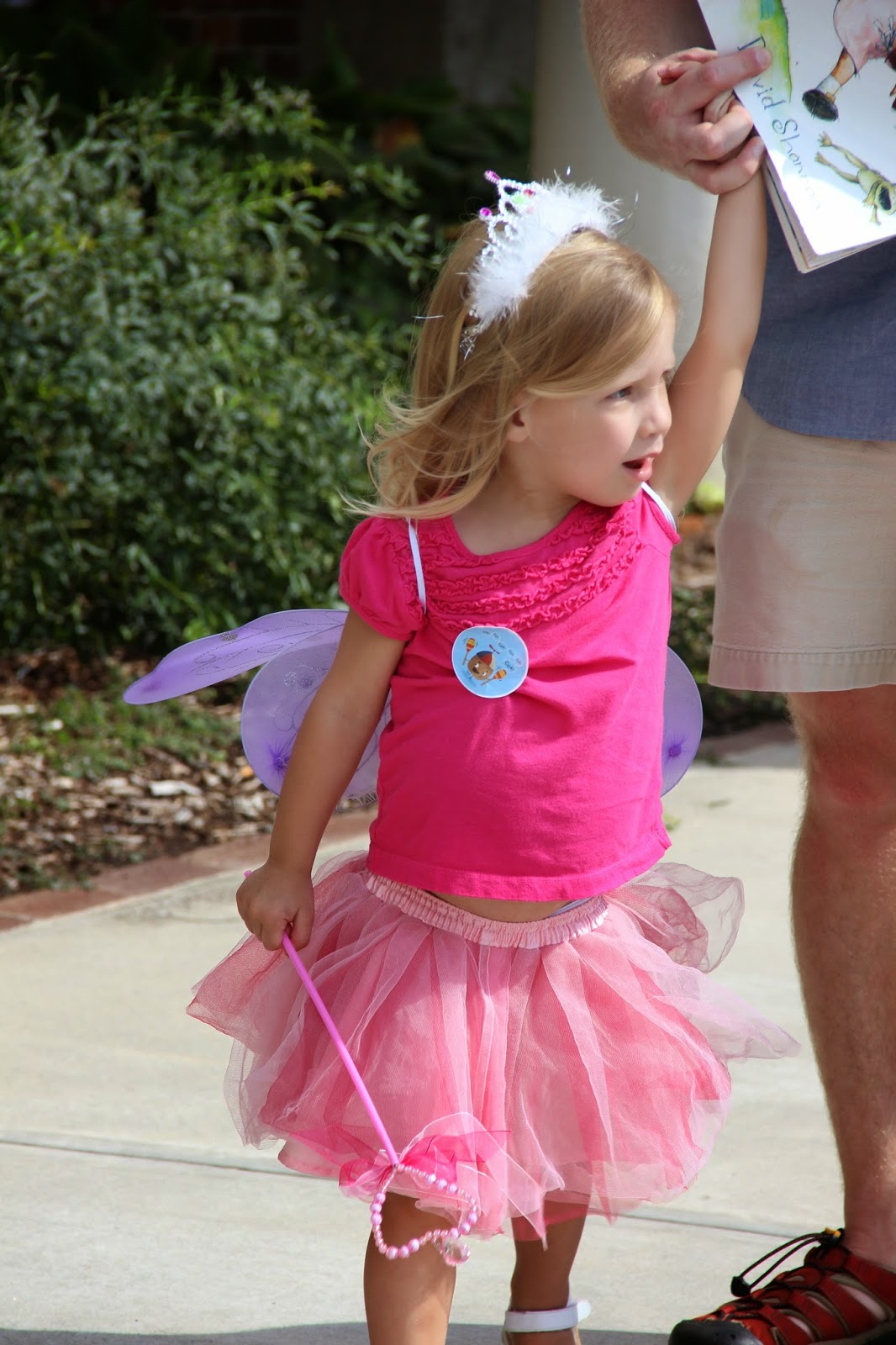 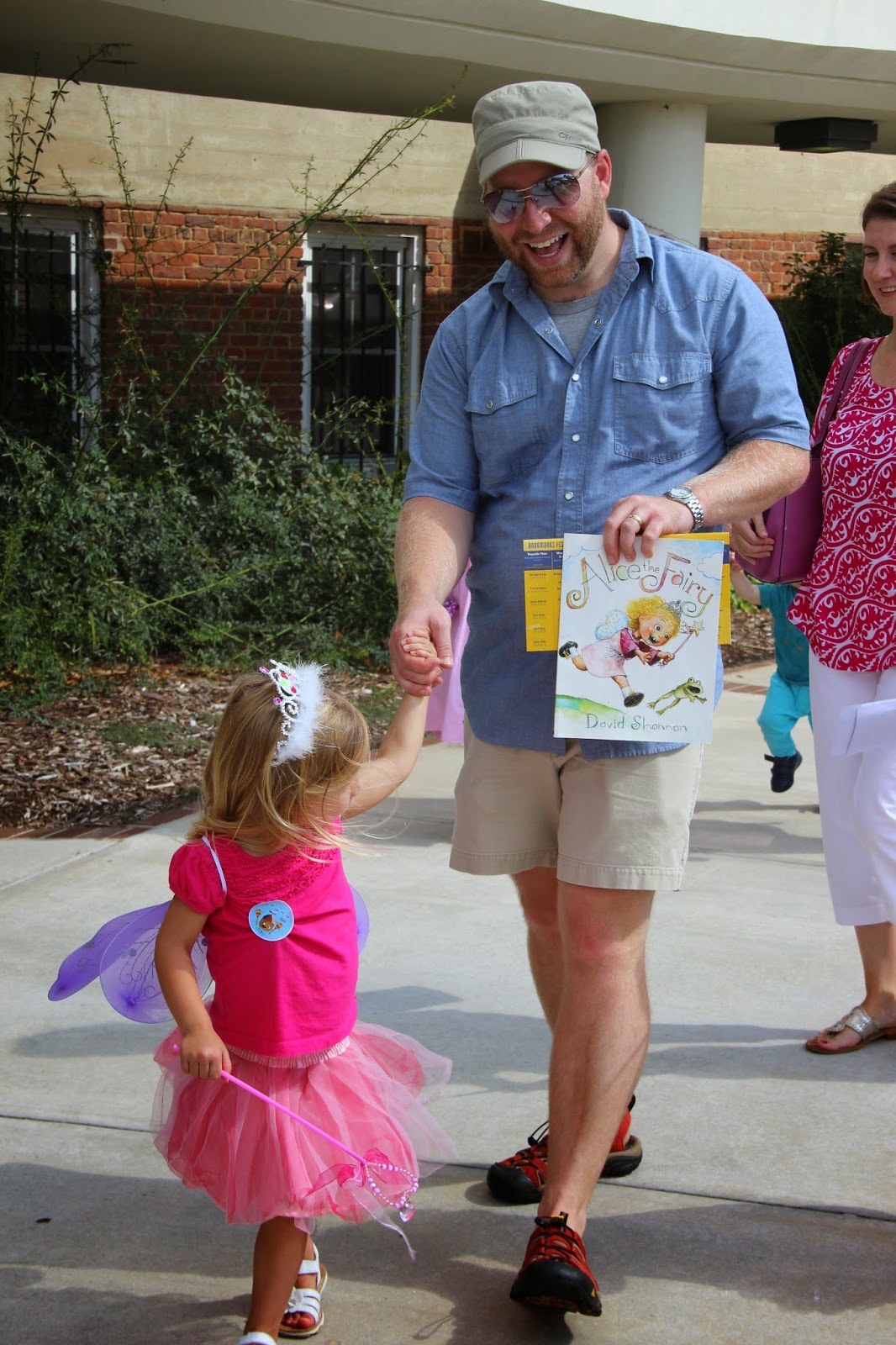 And after scoring the last copy of his new Nut book, Clara got to meet Mr. Eric and have him sign her new book and her Pete the Cat book.  After a brief interaction he asked, "Is she precocious?"  Yes.  Yes, she is. 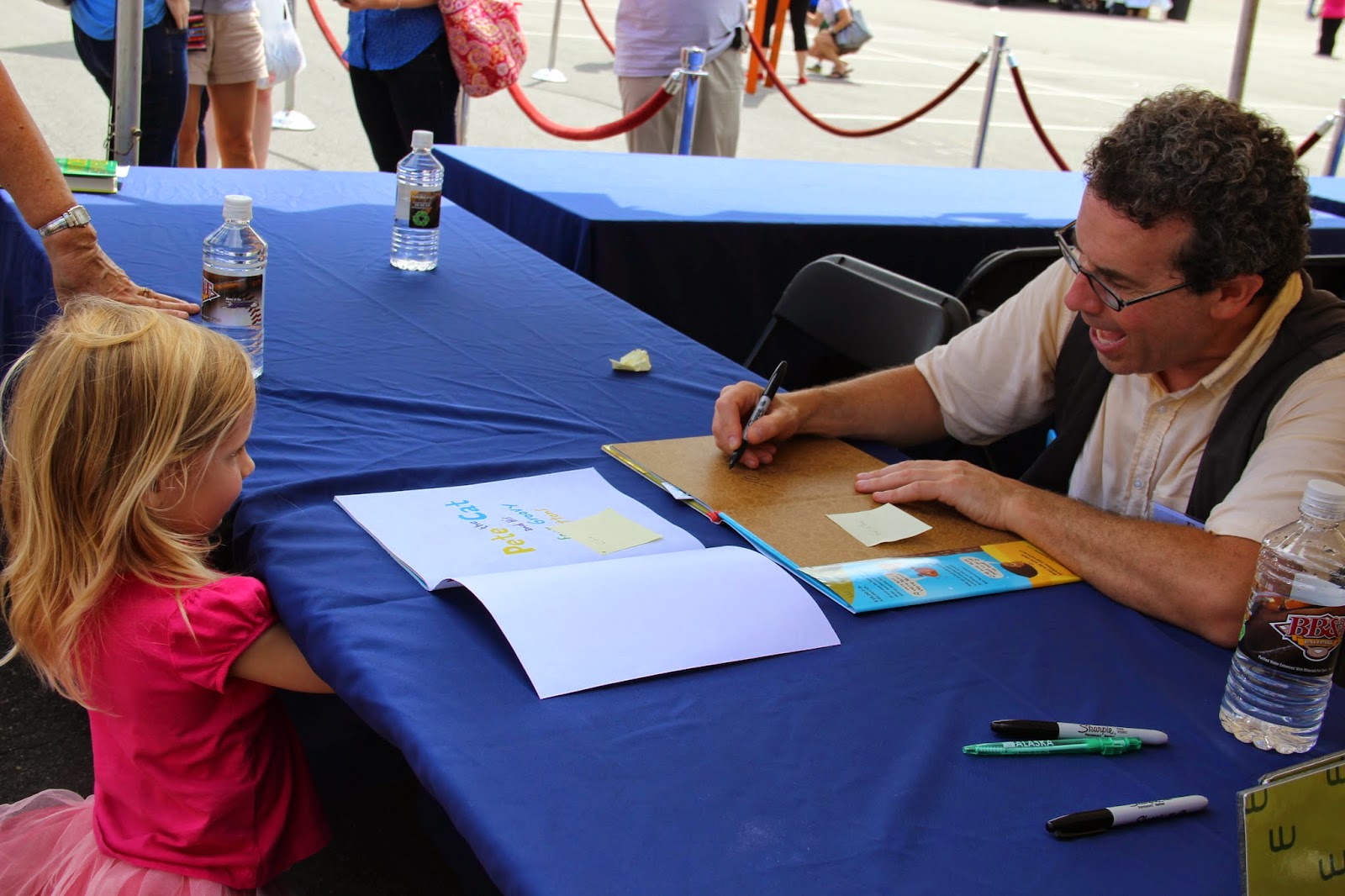 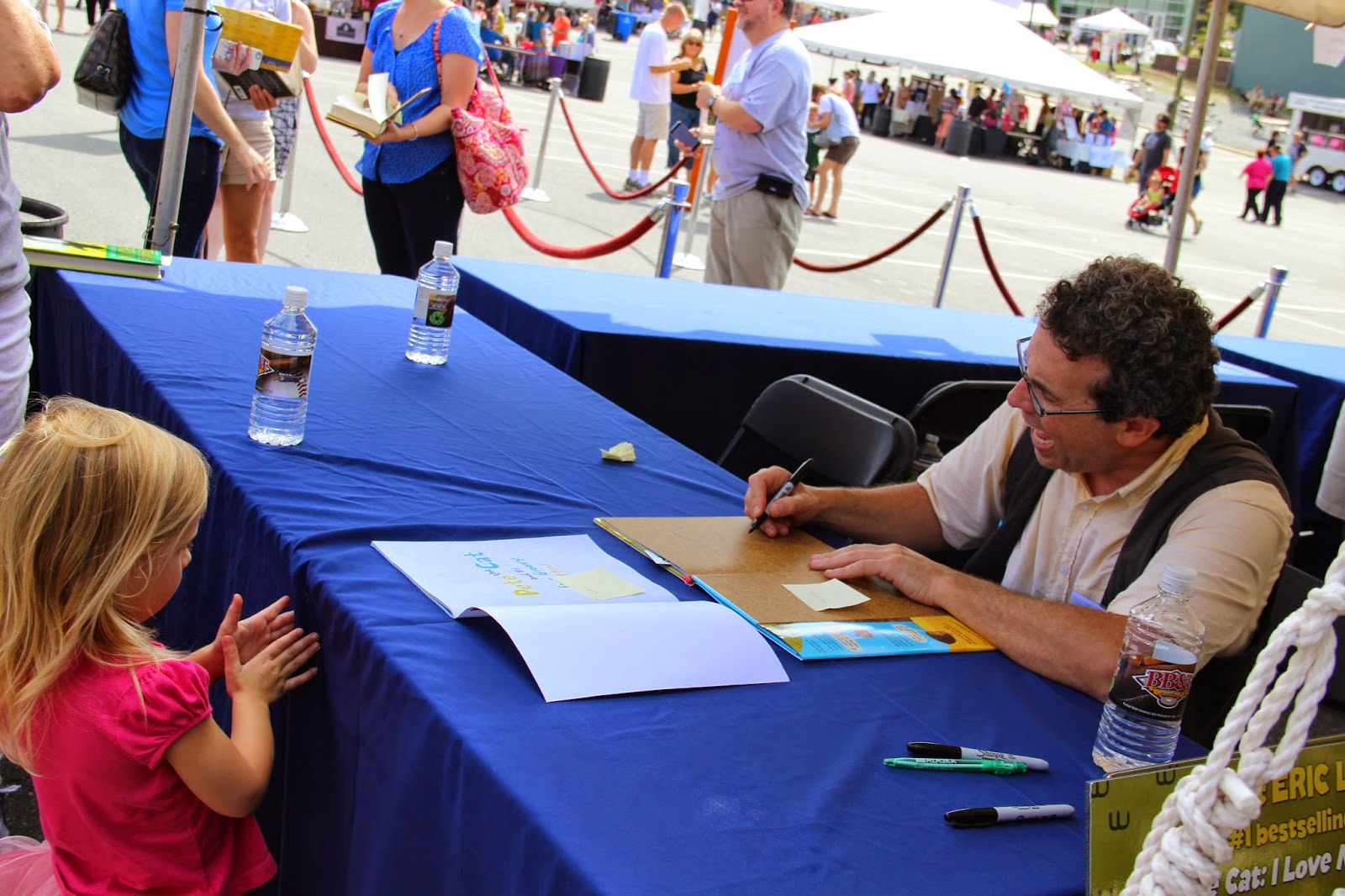 We stopped at a few more booths before totally succumbing to the heat and calling it a day.  Thanks, Bookmarks for such a great festival and a cool experience for Clara meeting her first author in person.  We'll be back next year! 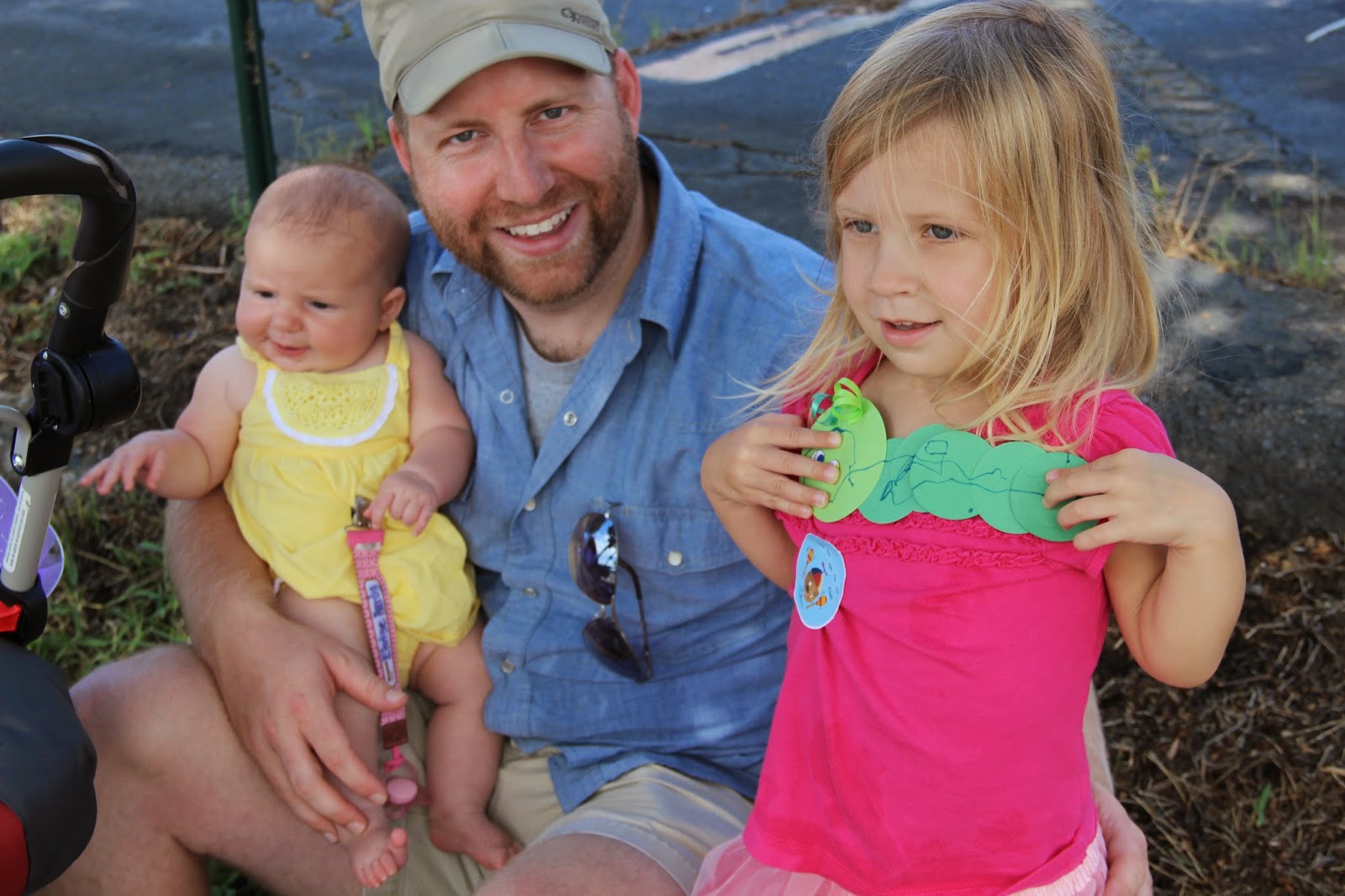