One of my favorite memories of Christmas as a child was when Santa would come visit our house.  No, not the middle of the night Christmas Eve undercover visit that most children get.  Santa would come to our house one night in December and we could hug him, sit on his lap, and tell him our Christmas dreams all in the comfort of our own home!  He would bring a bucket of fruit and candy canes and we always felt like the luckiest children in the world to be visited in person by the big guy in red.
As we grew older, we discovered that it was a church member and dear friend, Roger Jones, who did the dressing up and visiting.  And we weren’t the only ones who got the special treatment.  He visited nearly 700 homes during December with his benevolent act of spreading Christmas cheer (with candy canes and fruit along the way).  He always needed a driver to drive his route, which my dad usually volunteered for at least one night, and he needed elves to help gather the buckets and pass out things.  I remember doing that as a young teenager.
Roger’s health isn’t great anymore, and he’s had to retire from his Santa rounds.  But those special memories will always live in my heart.
One of the things I was just a little sad about for Clara’s first Christmas is that she wouldn’t be able to sit in Santa’s lap.  Any “public” Santa would just pose too much of a germ risk for her.  Not that she knows the difference, but those first Christmas photos just wouldn’t quite be the same with her not allowed to touch Santa’s fluffy white beard.
Tonight, our doorbell rang and Clara got her own visit from Santa, right in her house.  She got a chance to sit in his lap, peer into his spectacles and tug hard on his fluffy white beard.  It was like a flashback from my childhood to see her get to experience a personal home visit from Santa.  And fortunately, all four of Clara’s grandparents were here for the fun visit!  Thank you, Santa for making this little girl and big girl’s dreams come true.  Merry Christmas. 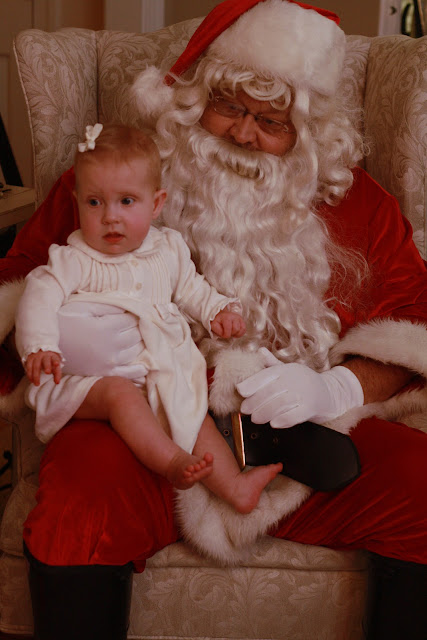 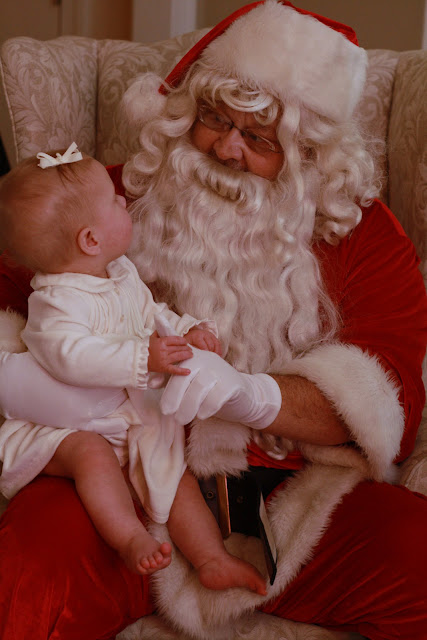 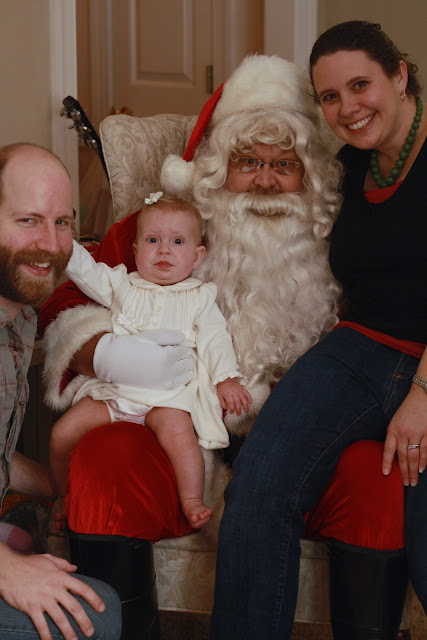 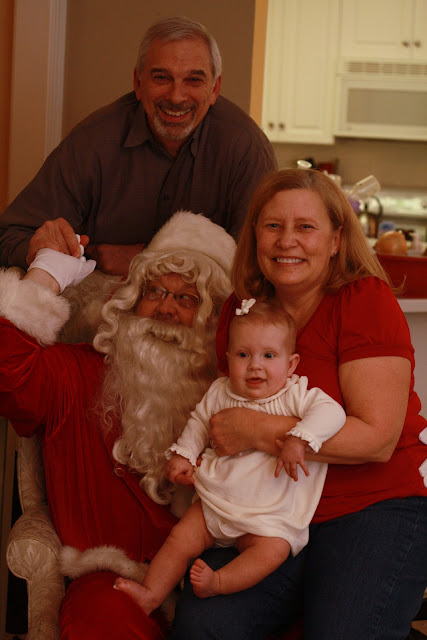 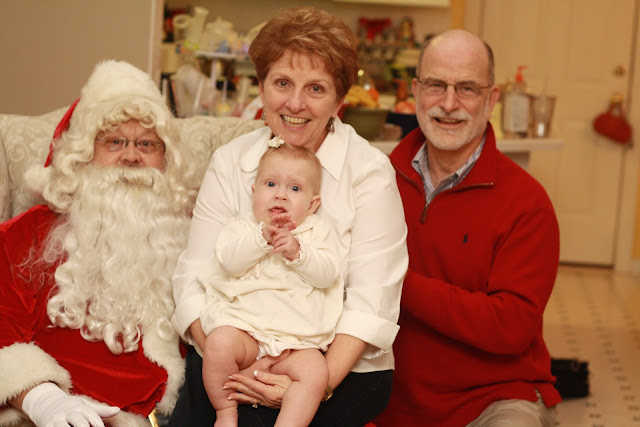