Looking Back: November {Eloise at 6 Months}

On November 15, five days before Eloise turned six months, she finally figured out rolling from back to tummy.  Unlike some milestones, that creep in unnoticed, this one was like a dramatic switch was flipped!  The chilled out, laid back, happy to stay in one place and play with one toy baby had turned into a little girl on the move.  Interested in everything around her, and now with the ability to go after it, she was in a whole new world. 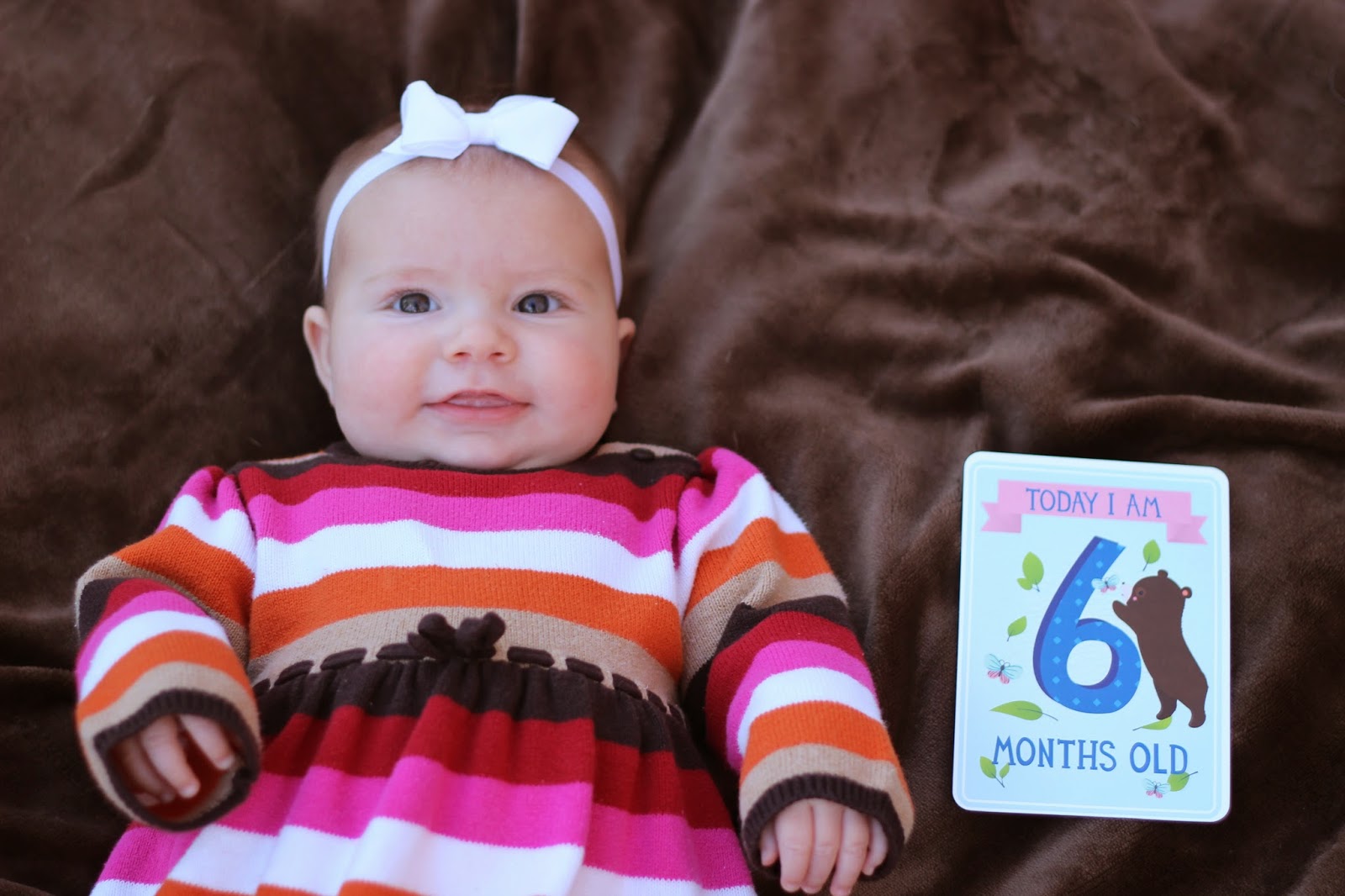 She continues to get stronger and stronger sitting up too, and is grabbing at toys, playing with things and gnawing on everything. While she lights up with a little extra joy and recognition at her family (and most especially Clara, of course), she doesn't seem to exhibit any fear of strangers and is still happy to be passed all around.  She's social (hard to believe in this family, huh?) and recognizes her name. 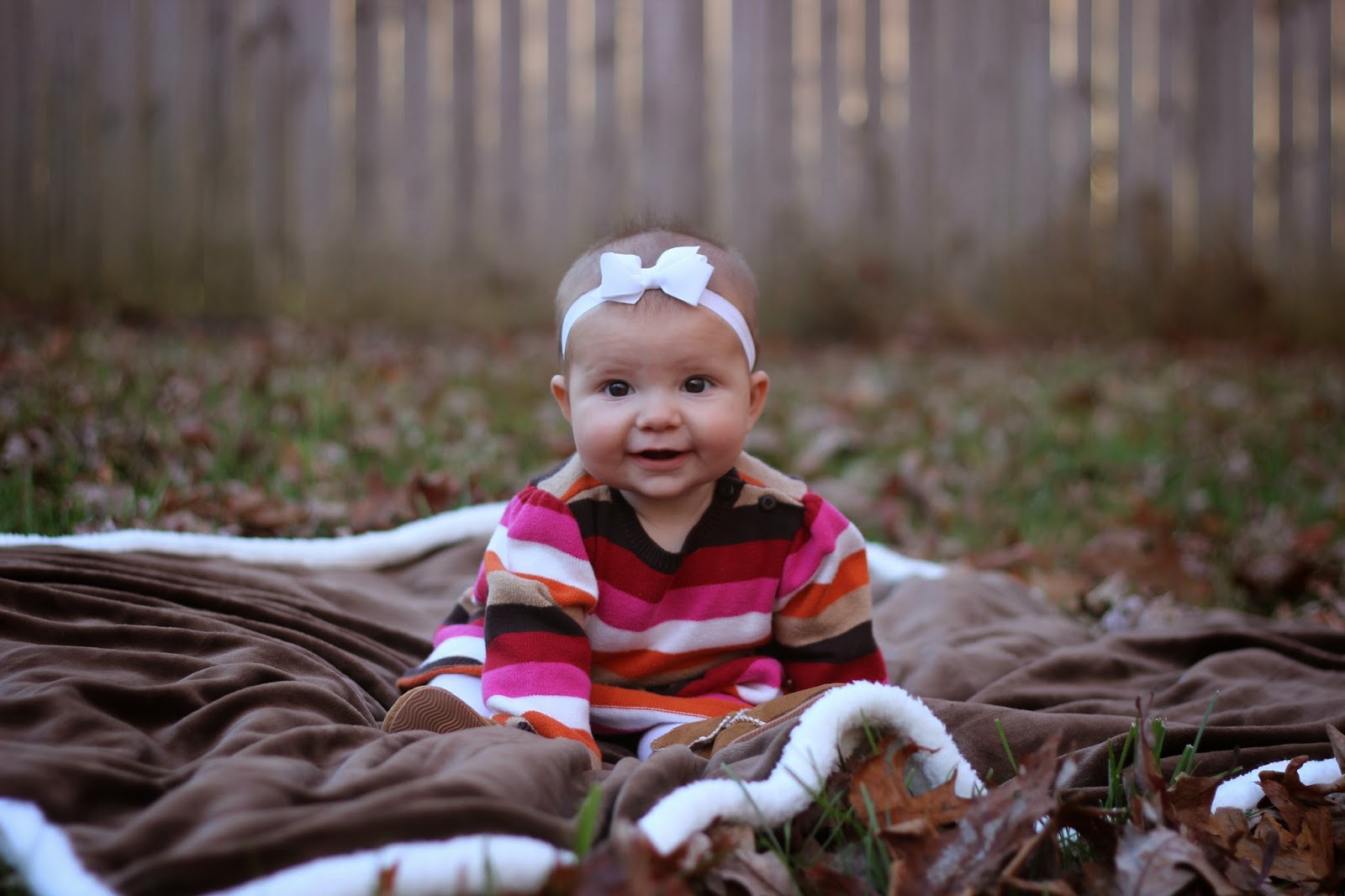 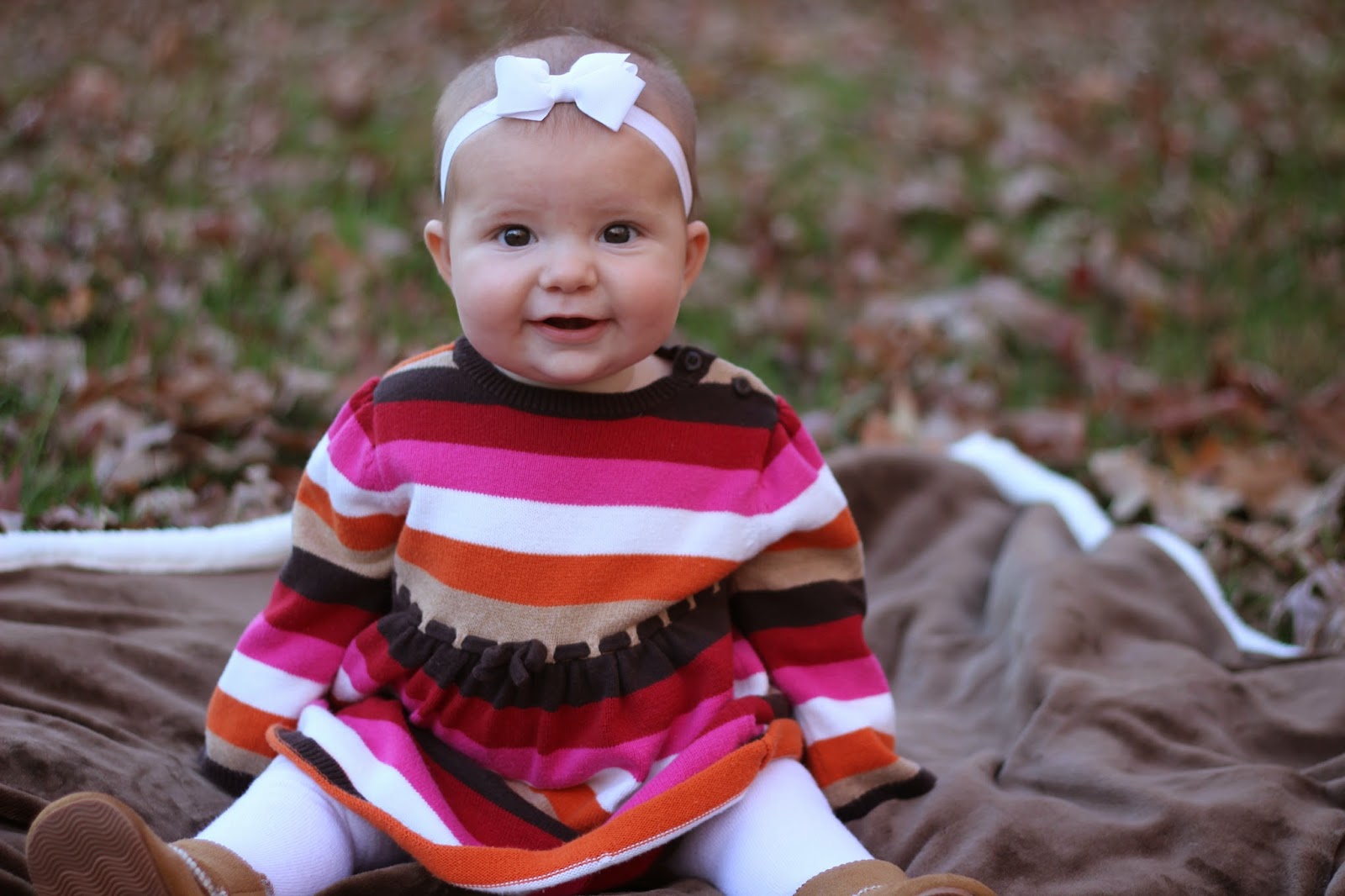 Her favorite form of communication is the squawk.  In the weeks leading up to her six month birthday, she was not sleeping especially well at night (although she's a pretty good napper!), but right at six months we cut her off from nighttime feeding and did a little mini-boot camp and her night sleeping improved. 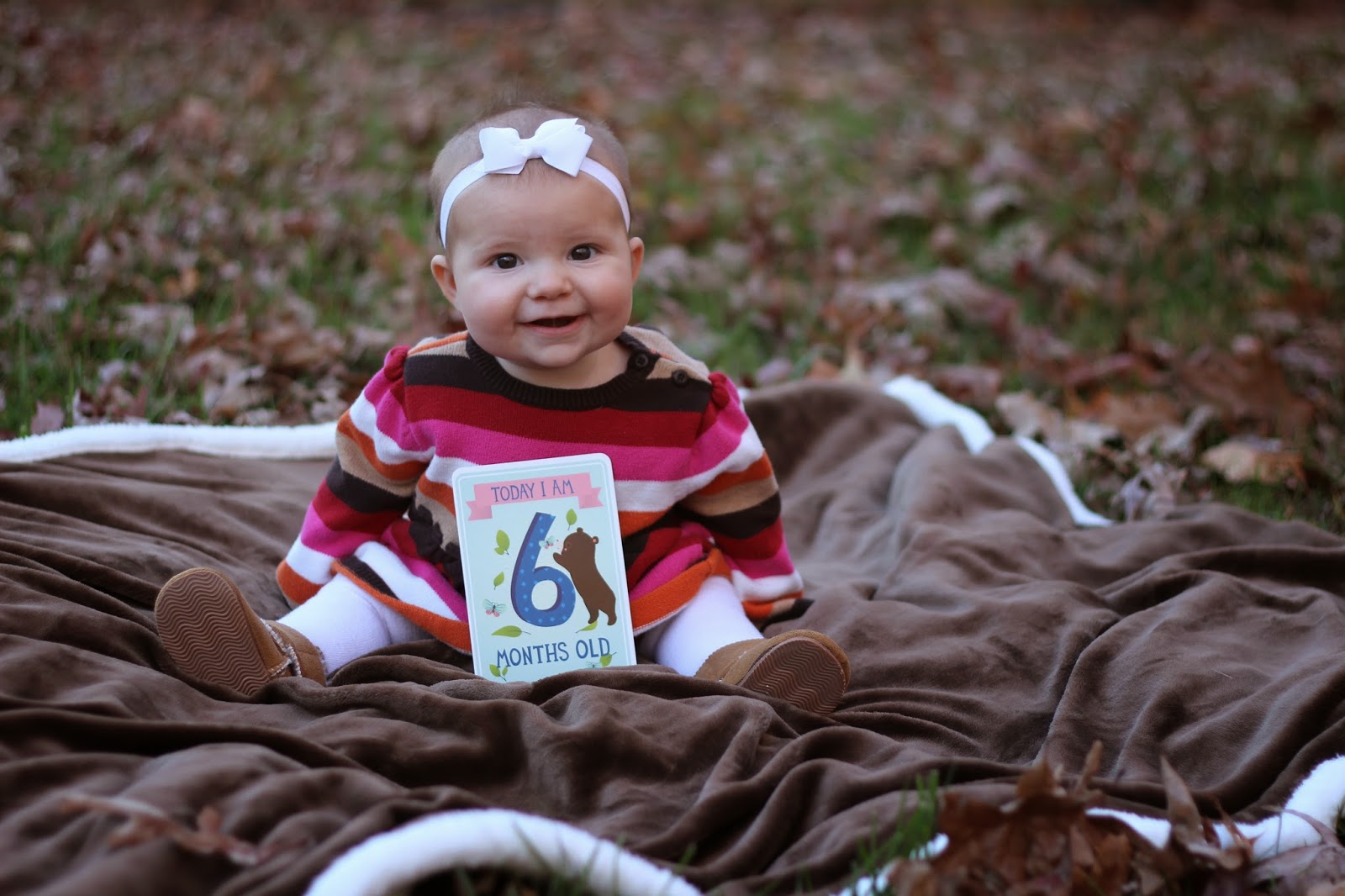 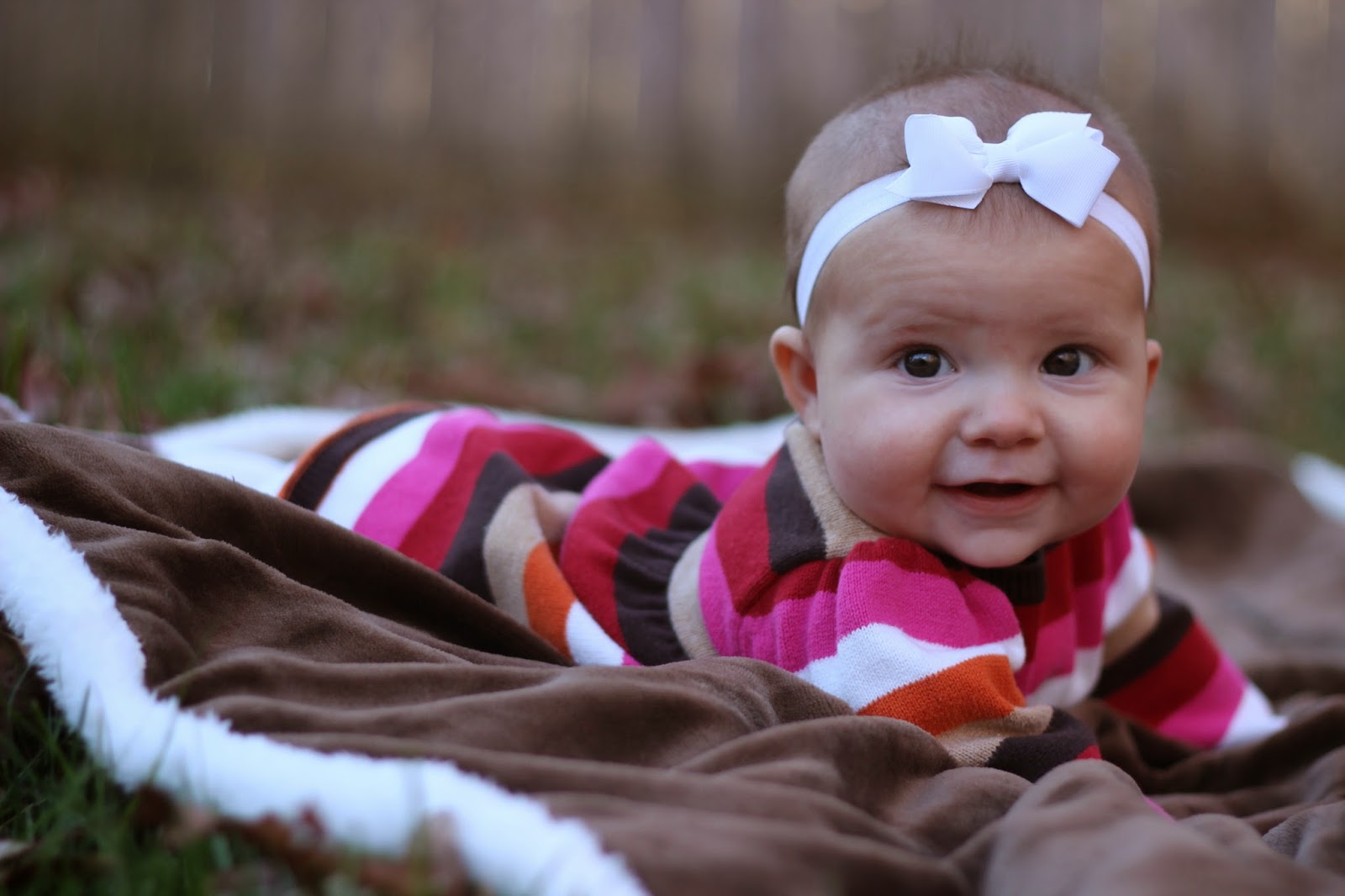 She loves her lovies and her pacis and is becoming more and more engaged in books (she has to listen to her sister be read to a lot!).  She's snuggly and squishy and does usually does really well in the car, in the stroller, in the ergo, on the go. 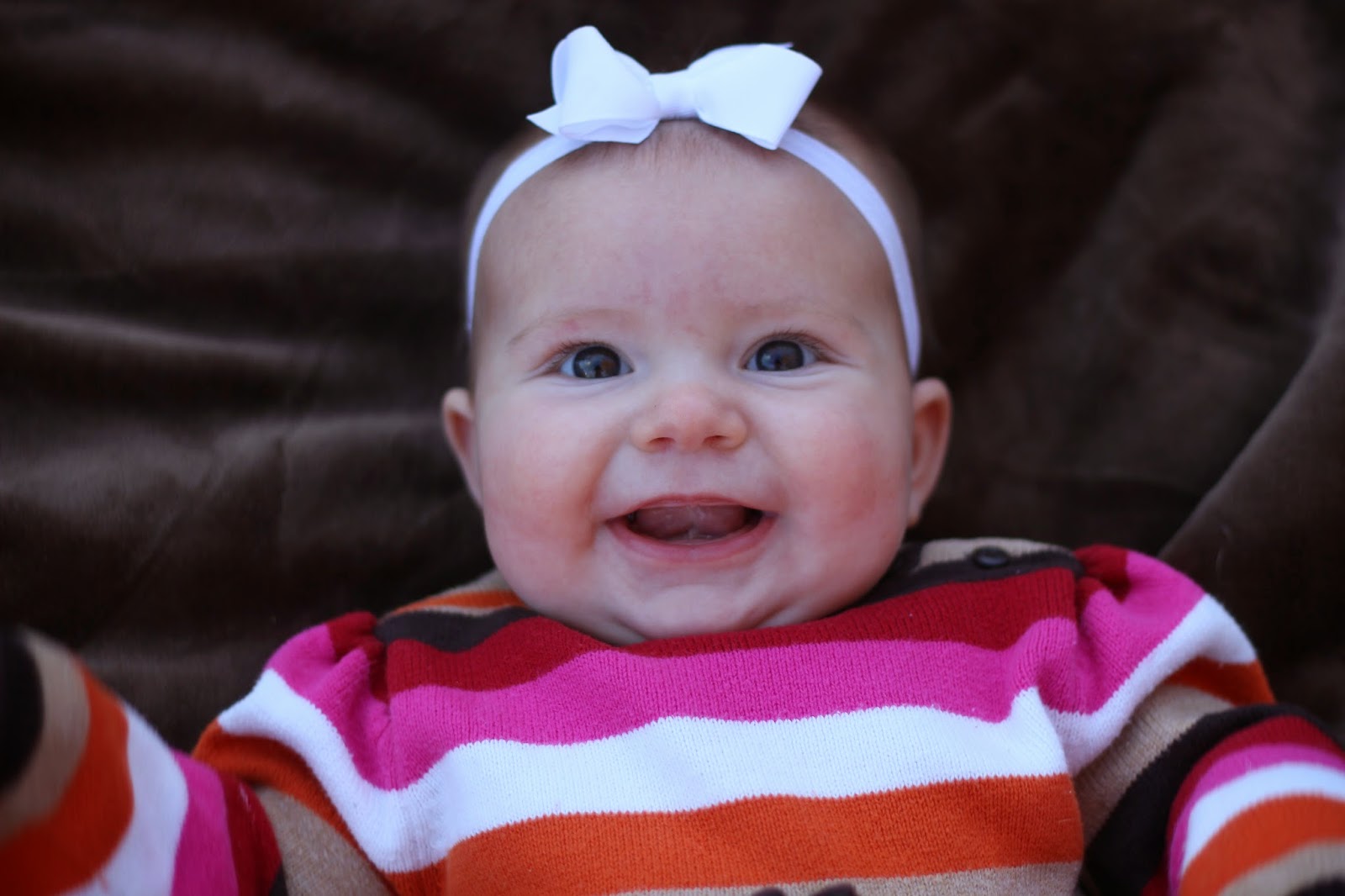 Her eyes are continuing to darken; it looks like she'll definitely be our brown eyed-girl. And her hair is dark, too and starting to really come in.  No teeth yet, but surely any day now as she's really working on the bottom ones. 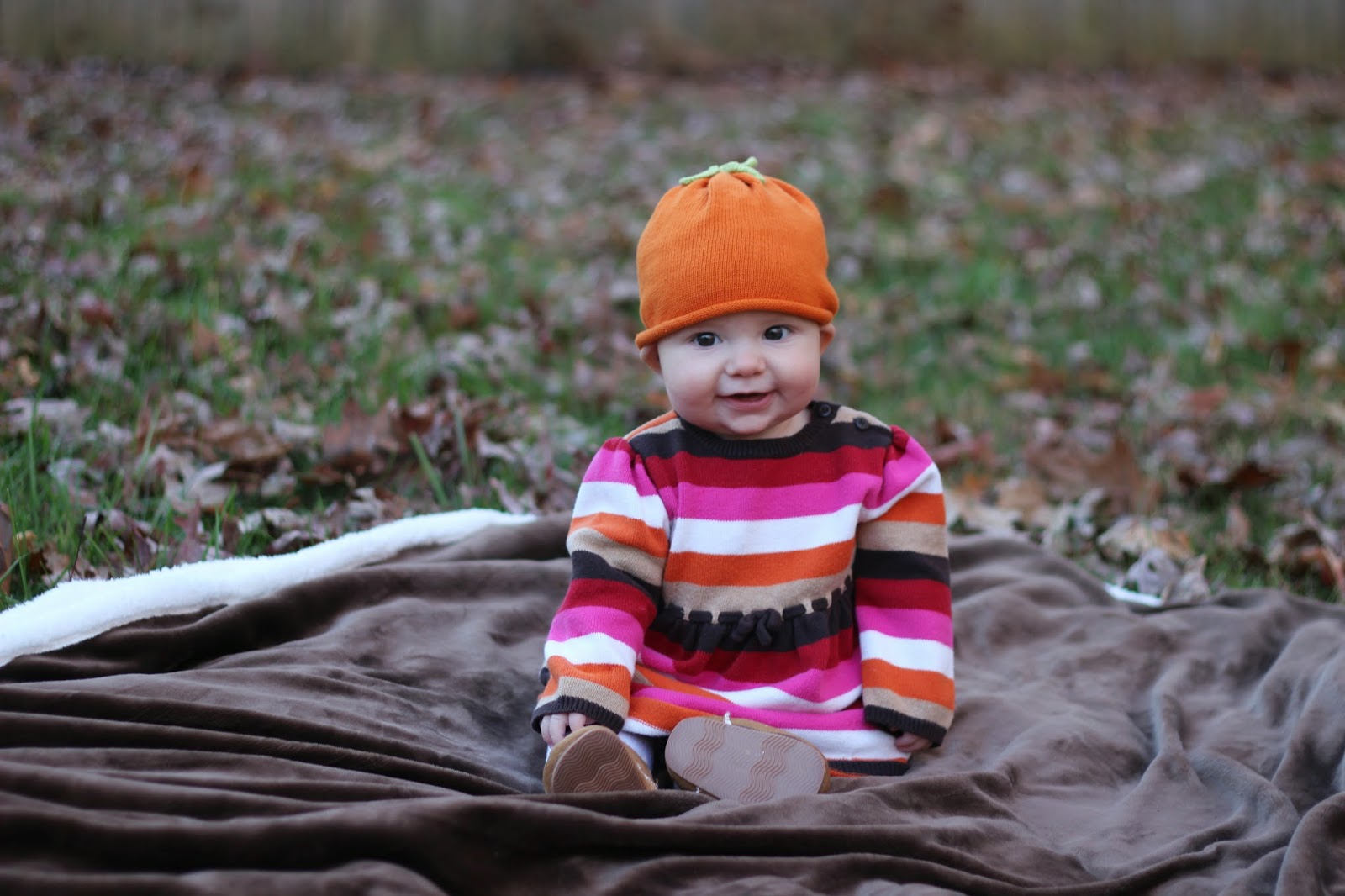 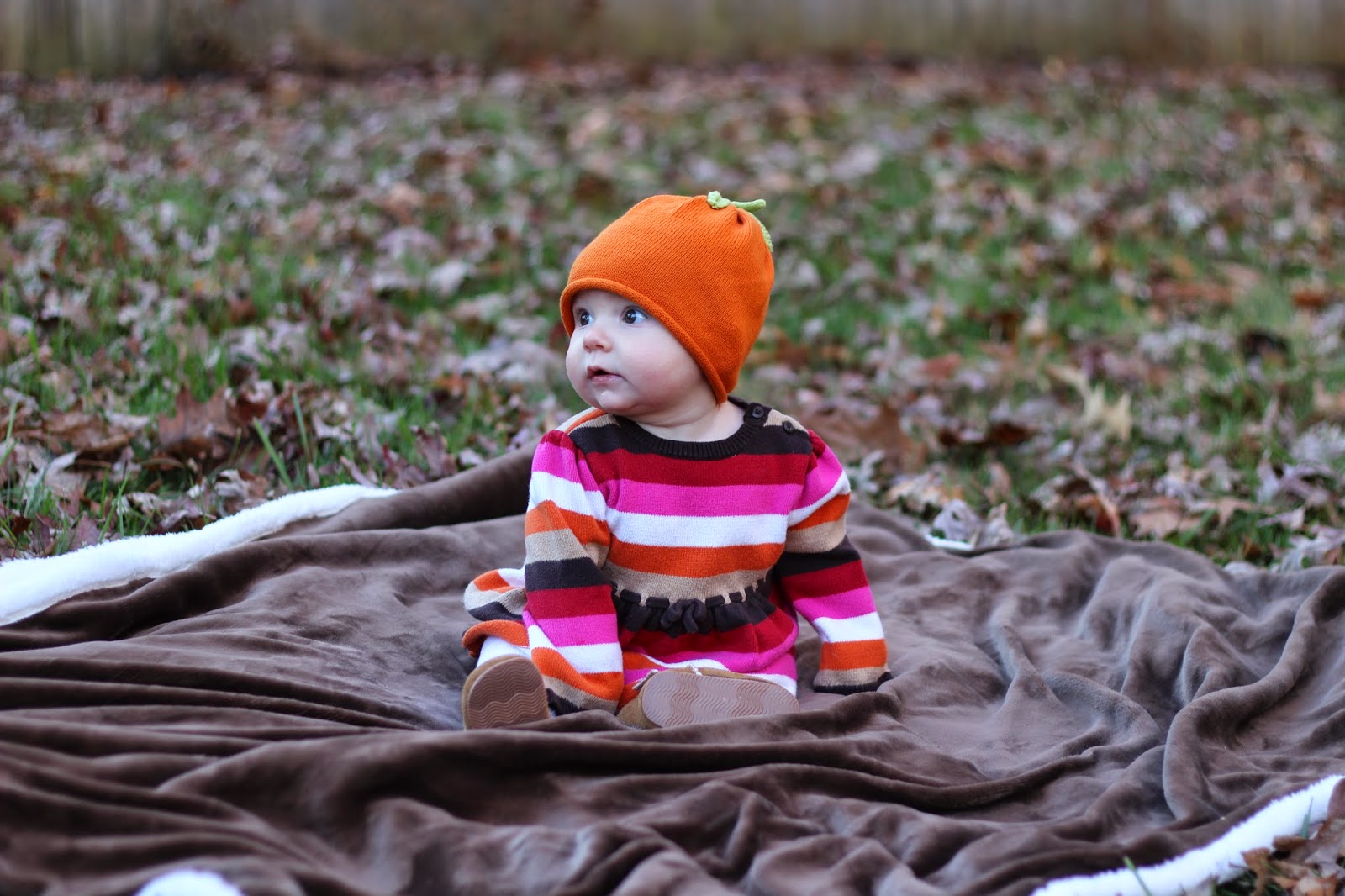 She loves her bath, kicking and splashing.  She's not nursing as much these days.... too distracted in all the world around her.  We waited until six months to start any solid food, but a few days after she hit six months, we finally began. 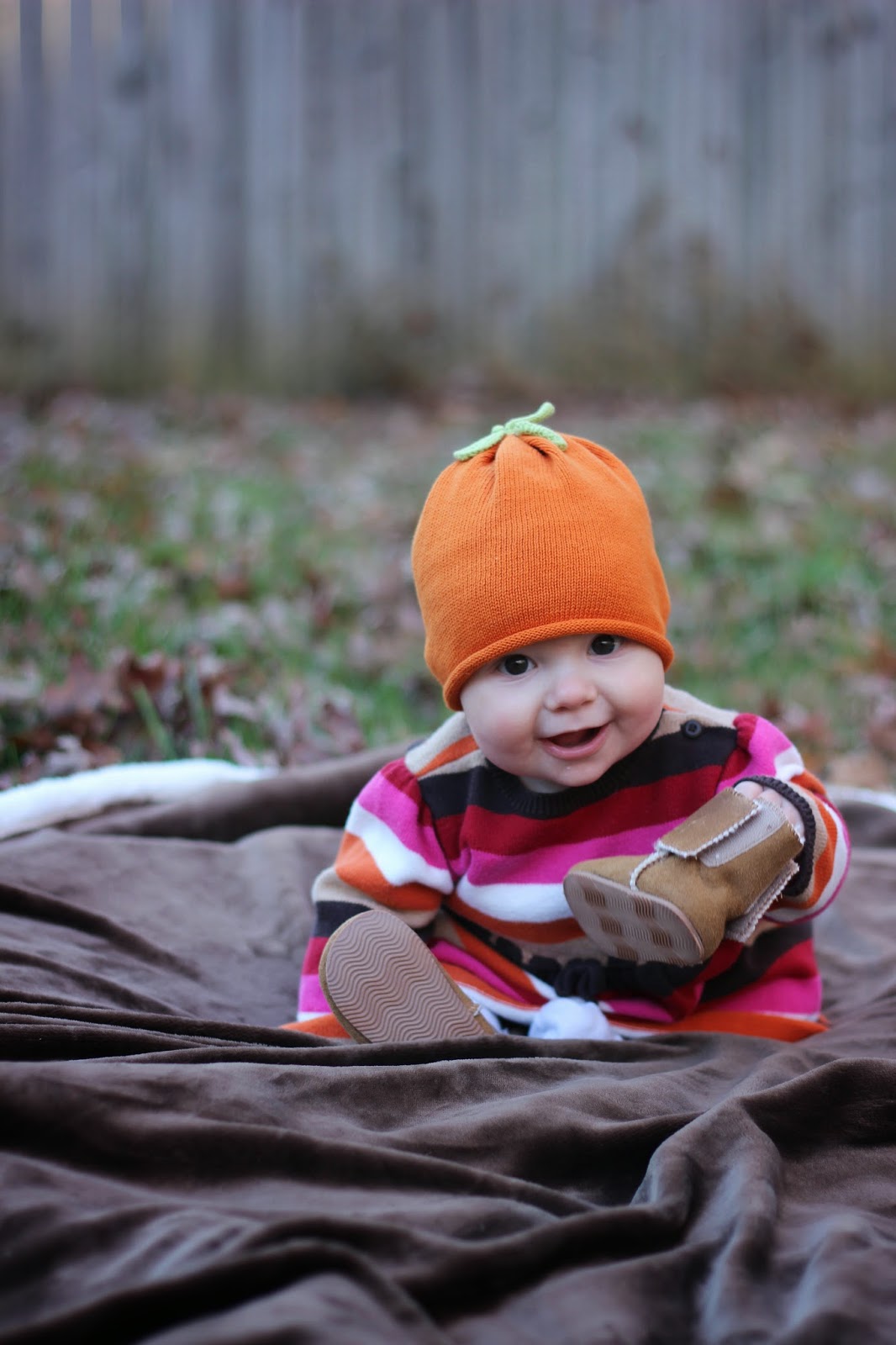 She's full of laughter, full of personality, and full of love. And our hearts are full of love for her. Can't believe we're already halfway through her first year!