I kind of let the cat out of the bag about New Baby Hardy's gender on Facebook yesterday when I posted this: 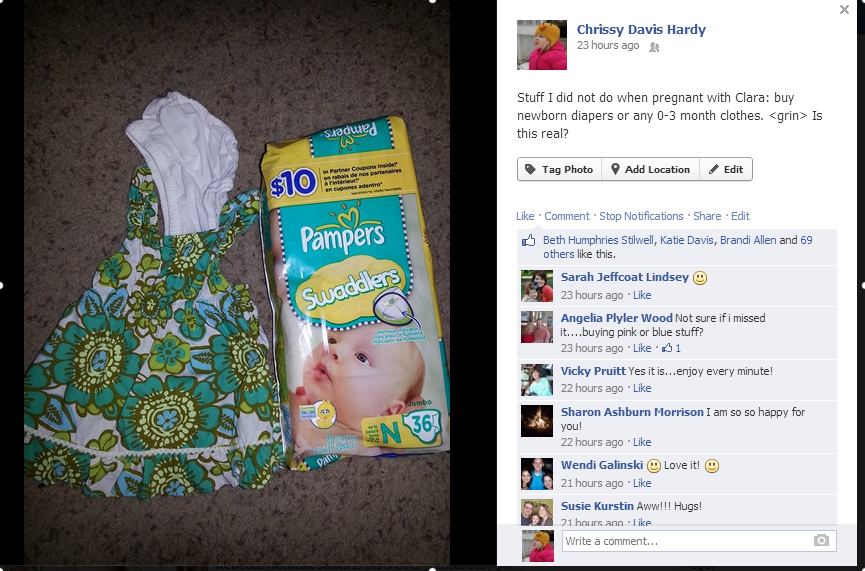 Yes, it's another GIRL!

I couldn't be more excited.  I'm excited for both of these girls to experience the  phenomenon of "sisters"... one that I always kind of looked upon from a distance with a twinge of jealousy and longing.  The intimacy and closeness that sisters so often share seems sacred to me and I'm just thrilled that both of my girls will get to have that. I'm glad that they'll be able to share sleepovers and clothes and makeup tips. I'm glad they'll have each other through the icky times of adolescence and that they'll have each other to share the burden of caring for aging parents in the distant future when that day comes.  I'm praying already that their sisterly bond is one of love, respect, joy, laughter, and initimacy.

Not every dad is made to be a dad to girls, but Robert has shown what an incredible father he is to a daughter and how much he believes in and hopes for his little girl(s).  And in case you've somehow missed it along the way... I really do delight in little girl clothes, pigtails, hairbows, baby dolls and tea parties and I'm excited to do all things girly all over again.  (Robert reminds me that he's doing his best to balance me out with trips into the woods and adventures involving toadfrogs and other critters.  I'm okay with that.)

We found out the gender a little early this time because the first trimester screener that we did primarily to get an extra peak at baby through ultrasound and also to hopefully confirm a totally normal and healthy babe this time got "flagged" as high risk for Down's Syndrome.  When those results came back, we had a new blood test done called Harmony that wasn't even around during our pregnancy with Clara.  Those ten days of waiting last November were painful and filled with lots of bad memories from the pregnancy with Clara when we faced the unknown future with fear and worry and anxiety.  It was hard to receive a phone call from a doctor that began with "I have some bad news..." and it was a joy to experience tremendous relief when we got another call saying that the results of the Harmony were negative.  There is nothing right now to indicate that this baby is anything but healthy and typical and we are resting in our hope of that.

The Harmony test also was able to determine the gender, so just before Thanksgiving, Robert and I sat on the couch together while Clara napped and opened an envelope containing this: 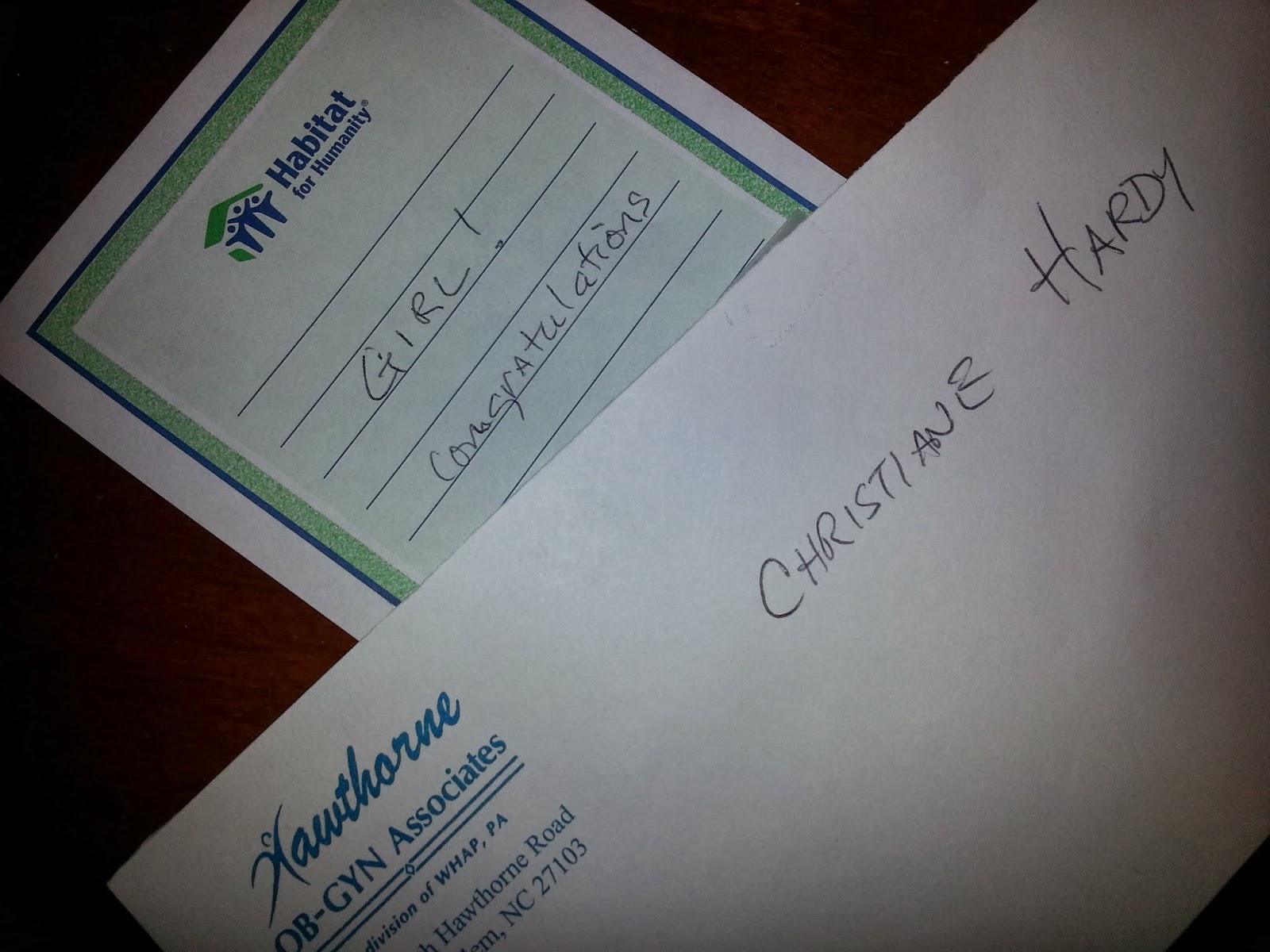 It was nice to share that moment alone with the two of us and feel like we could begin imagining a future with this sweet little girl.

So many have asked what Clara thinks about a little sister.  She's maybe the most excited of all of us!  She's been saying "sister" since we first told her about a new baby, so she showed no surprise when we told her that it was a girl.  She asks about her all throughout the day every day and is constantly telling us what she's going to do "when my baby gets here."  (It's HER baby.  Always.)  We know she doesn't really understand how much her life will change and is only imagining the fun of a real live baby in her house, but we're going to ride that wave for awhile now.  Reality will be here soon enough.

I'm almost 25 weeks now and will deliver via repeat c-section sometime in the 39th week.  We'll have one more ultrasound to confirm that everything is still in the right place and that baby is growing well on February 21 (Robert's birthday) and we'll also set a delivery date then.  As we reach the third trimester of this pregnancy, it's strange to come to terms with the fact that we will hopefully be bringing home a teeny, tiny, healthy newborn this time.  Even though it's our second child and second pregnancy (and feels very much that way in so many ways), it also feels like a first baby too.  I have moments of sheer panic when I realize that I know nothing about caring for a newborn apart from monitors and leads and tubes.  I feel like a new parent-to-be so much of the time, although one with some significant baggage to tote along.

We are excited to share this news with you, internet-world!  Thanks for your continued prayers for this baby sister and all that she means to our family.  We are still working on a name for her, so I don't know if we'll have that settled before the big day or not.  Hard to match a name as beautiful as Clara Mae, but we're doing our best. 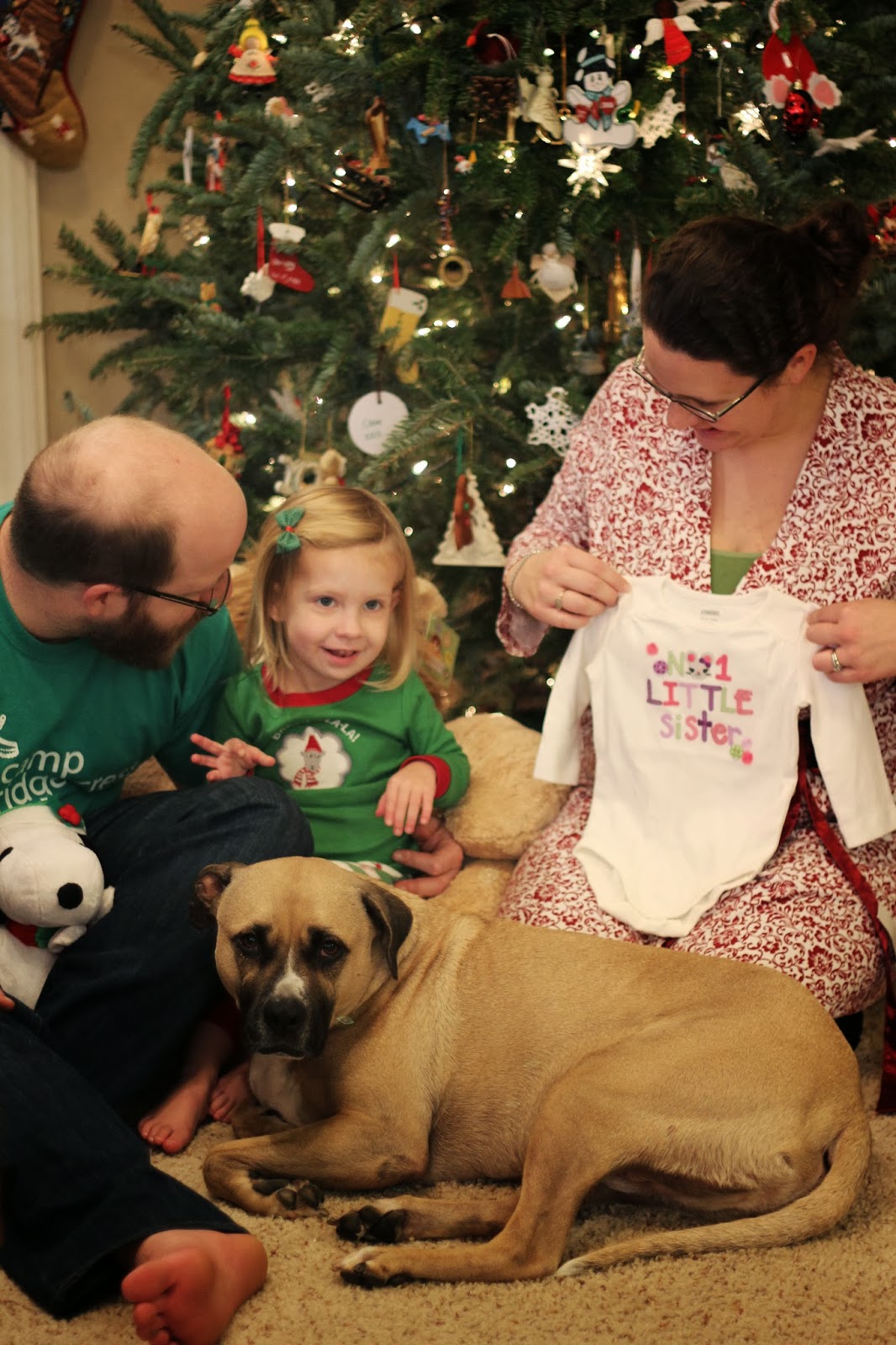 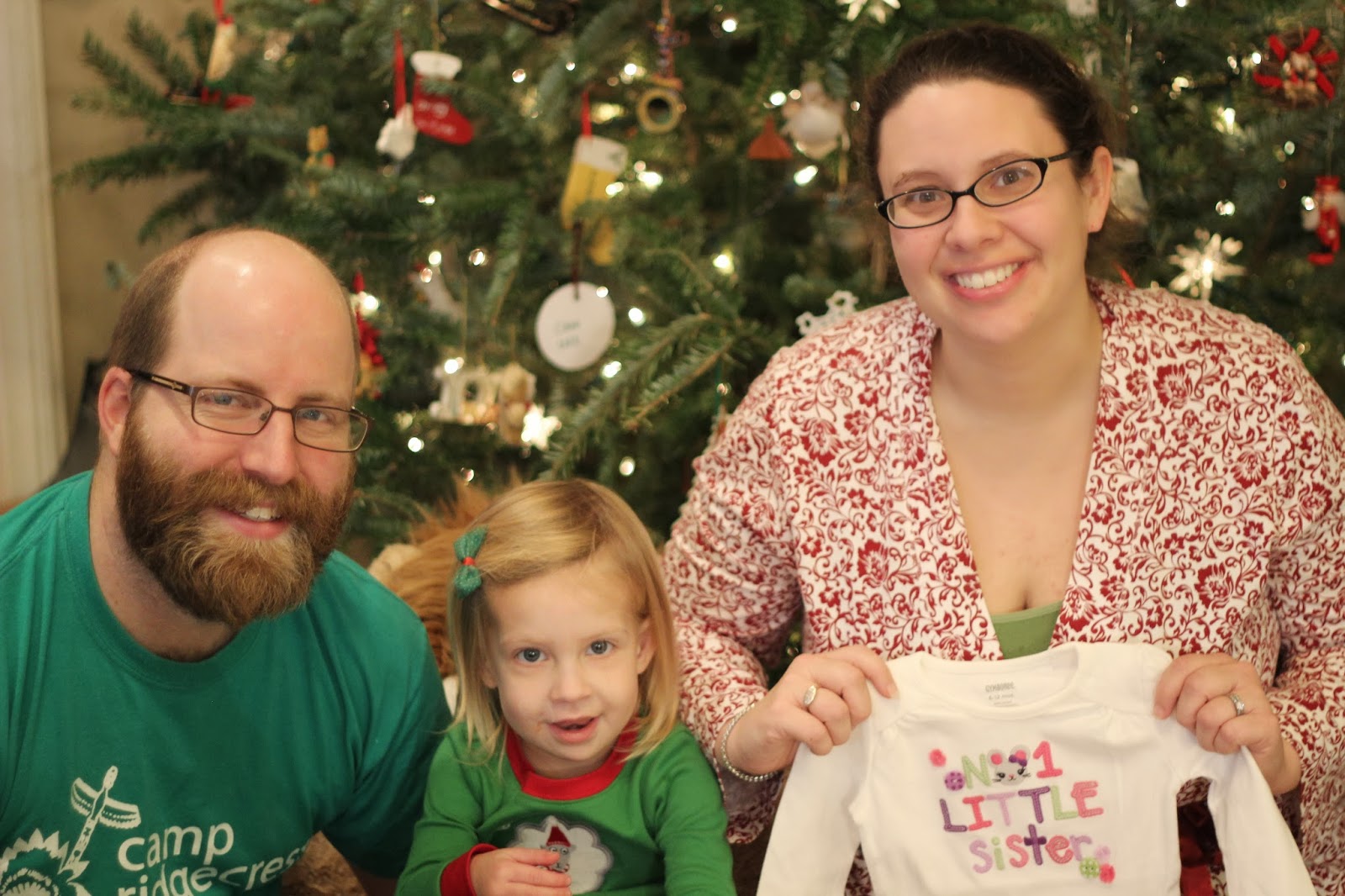