I don't post all the time about all the other babies born with a diaphragmatic hernia who are fighting for their lives.  I don't even know about most of them, I'm sure.  But thanks to Facebook and the INTERNET and all the networking that happens this day in age, the CDH community is more connected now than it was five or ten years ago.  And we do hear about each other's stories and follow and pray for one another and fall in love with all these babies.  Some weeks it seems we are saying goodbye to too many babies (any is too many, of course) and some weeks it seems like lots of families are all receiving diagnoses at once.  We email with each other, we start following each other on Facebook and before we know it, these people are our friends - even if we've never met.  Because we've all got this big life-changing event in common. So, our lives continued to be changed by a daily realization of how much pain and suffering there is the world, but also how active and present God is in our lives, even when we can't come close to understanding why things don't work out the way we hoped they might.

You've been kind enough to pray for Clara and to pray for some of the other families along the way who have captured my heart and whose stories have compelled me to pray, and made me re-live the hurt and sadness and joy and grace of Clara's story all over again.  It seems like there are always four or five babies at any given time that I'm checking on and praying for, but there are couple right now that just seem extra special, like Jude. There are two mamas who I found right about the same time who got their diagnoses within a couple weeks of each other.  And you know what?  I just really like them.  There's something about reading people's writing and hearing their hearts and listening to them process this horrible thing and praying for them daily that really just makes you feel like you know these people.  The first is the Knoll Family in Atlanta (Baby Parker was born today) and the second is the Helms Family (Baby "Bee" is due in just a few weeks) in Greenville, SC.  For those of you who don't mind reading, following, loving and praying on total strangers in need of prayers, check out those blogs.

Well, the Knolls welcomed Parker into the world this morning via c-section.  He's gorgeous, y'all, and he is fighting hard already.  His mama is recovering at the hospital where she delivered while Parker has already been put on ECMO at the children's hospital he was transferred to.  So, they're apart and worried and I'm sure a million other emotions that I vaguely remember feeling through the percocet.  From what I can tell, Parker is now stable and doing pretty well on ECMO.  As you may remember from Clara, ECMO is scary and none of us ever wanted to hear that it would be necessary, but it's also an awesome, miraculous piece of equipment that can (and does!) save precious little lives.

If you read back a bit in the Knolls' blog you'll see that Parker's mama rewarded him after each of the many prenatal appointments with a doughnut when he got a good report.  It was a precious, hilarious, sacred ritual and I love it.  So, in Abby's latest post she asked folks to offer up prayers today for Parker, of course, but also asked people to eat some doughnuts in his honor since neither she nor he would be able to today.  I can't tell you how touching and beautiful it was today to look at her Facebook wall and see so many people shoving their faces with sugary dough in honor of this little baby and know that it was just a fraction of the many prayers that were lifted up on his behalf.

Well, I couldn't let Parker down in his time of need.  No way.  So, Clara and I set out to the site of the original Krispy Kreme today for Clara's inaugural doughnut eating experience and to offer up prayers on Parker's behalf.

Clara was not so sure about the paper Krispy Kreme hat.... 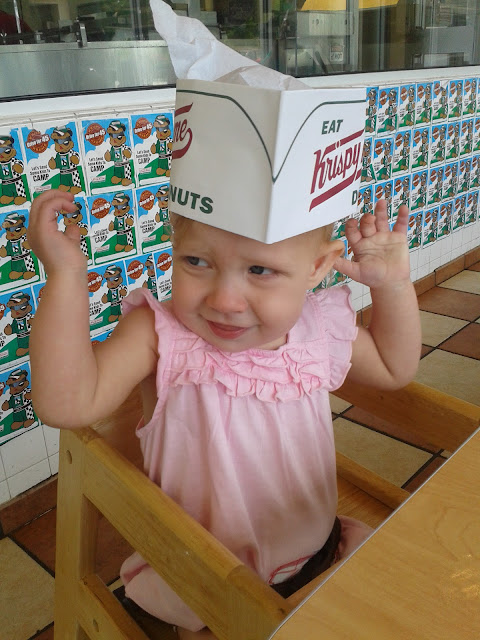 And at first, she was not so sure about her first doughnut hole either... 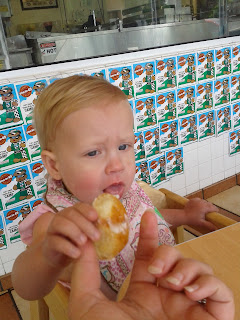 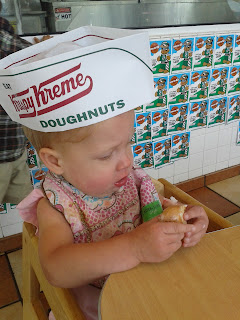 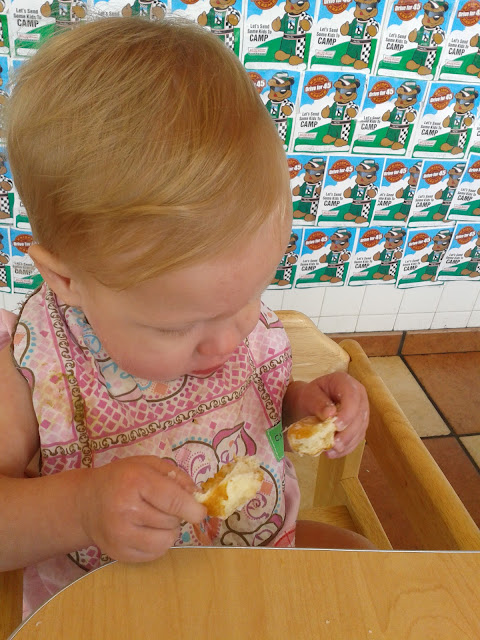 However, upon a close oral inspection... 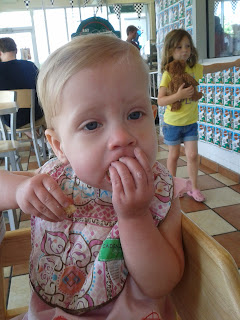 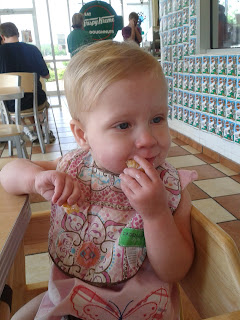 She deemed it delightful. 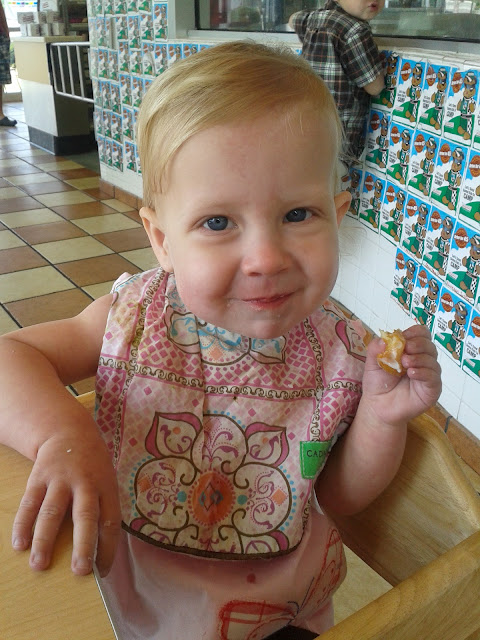 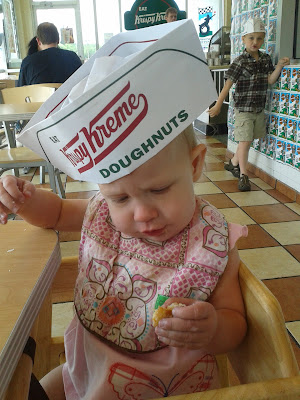 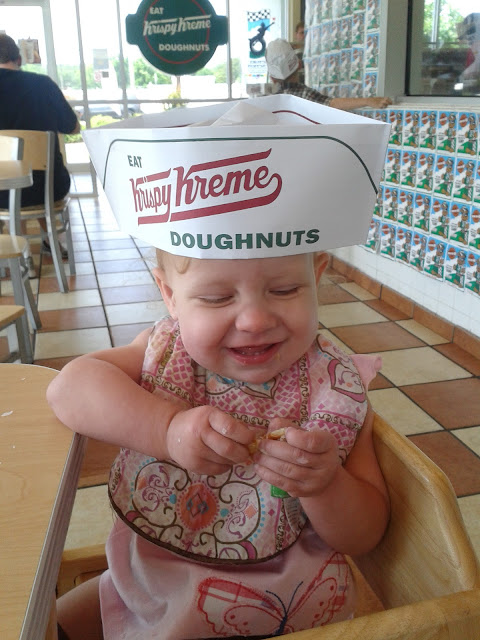 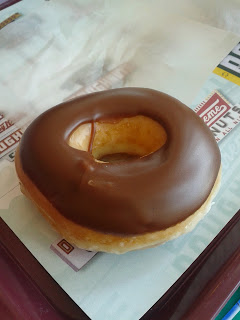 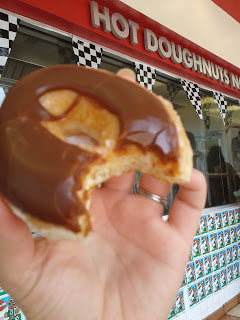 So, in case any of you were looking for an excuse to eat a doughnut tomorrow or the next day or the day after, just know that baby Parker would really really appreciate it.  As I wrote his mama tonight... who says that "communion" has to be strange stale crackers bread and grape juice wine?  For us today, it was doughnuts and milk.

Thanks be to God.