Eh, so much for two giant posts.... too many photos for all at one time.  I'll break it up a bit.

We kicked off the Christmas season the first weekend after Thanksgiving by going to breakfast with Santa.  Clara seemed not so sure at first, but she did warm up to him as the morning went on.  But surprisingly, the one that she was really enamored with was the "character" style Rudolph.  I thought kids were supposed to be terrified of those creatures!  Not Clara.  She followed him alllllll around the dining room giggling.

Attempt #1 at Santa photos: not screaming or mad, but not super thrilled either! 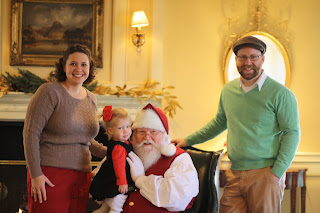 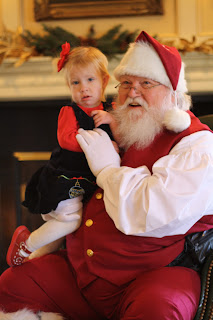 But Rudolph was a hit! 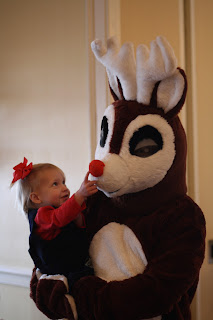 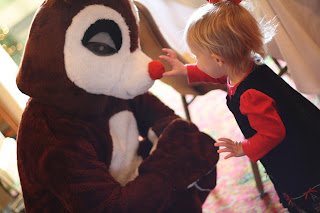 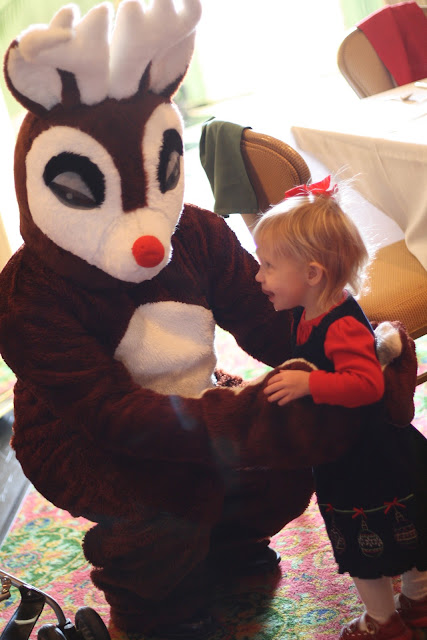 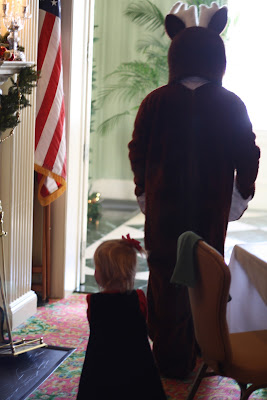 We went for a ride on the horse and carriage 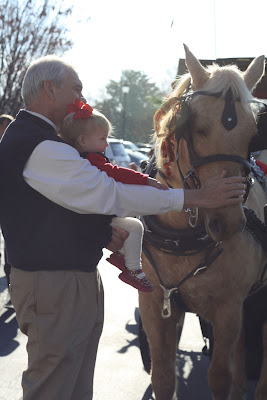 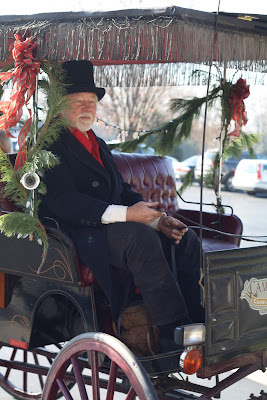 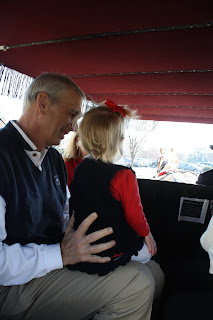 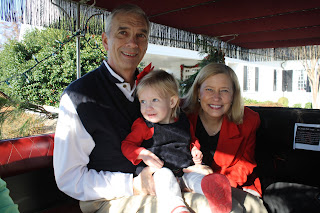 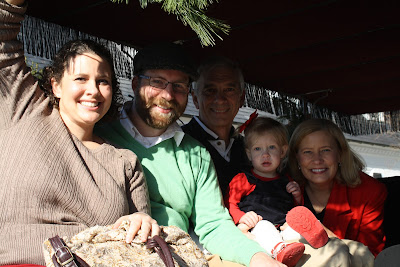 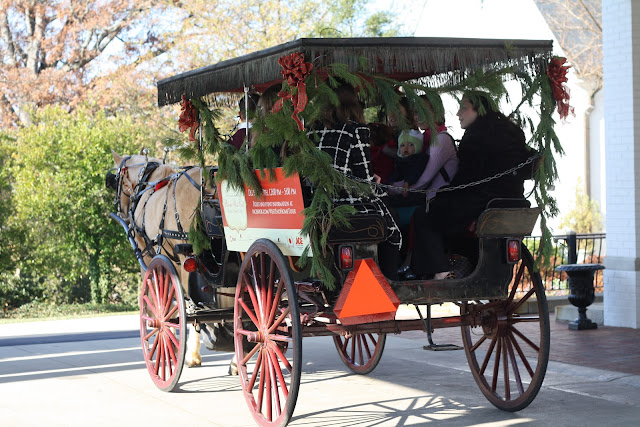 And then tried Santa again.  A little better! 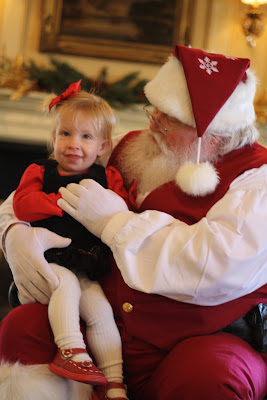 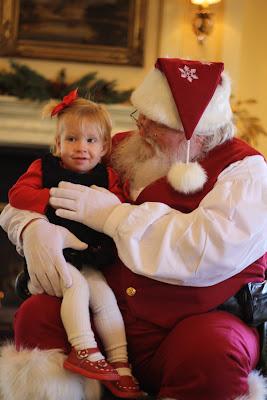 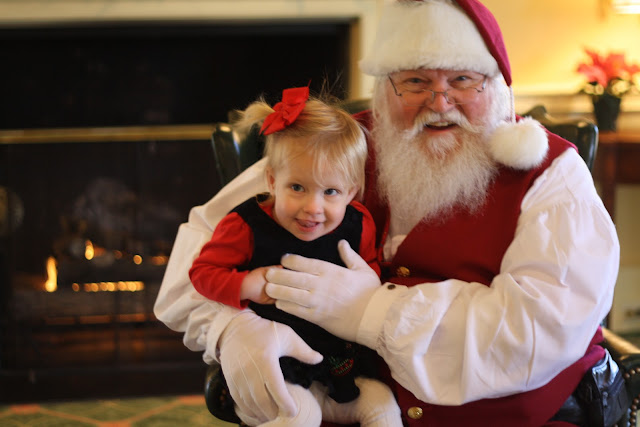 Showing off her pretty Christmas dress... 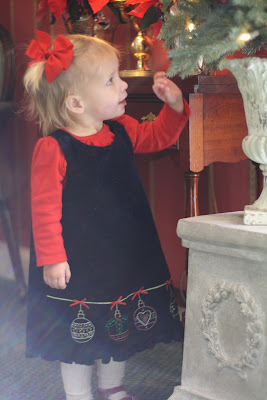 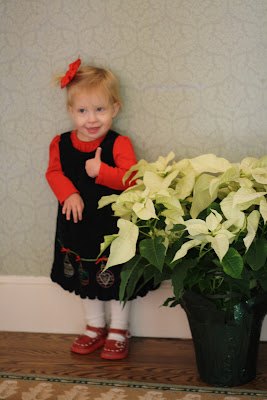 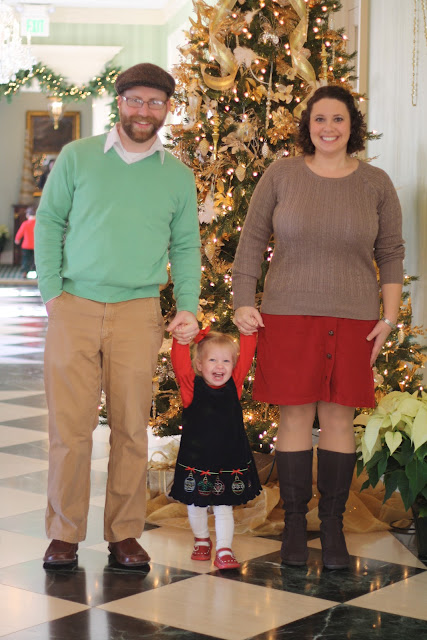 Since this was right at the beginning of the "Christmas season," I'm not sure Clara really knew who Santa was yet.  By the end of December she was walking around saying, "HO HO HO, MERRRRRY CHRISTMAS!" and pointing out every Santa she saw.  So, I wonder if she might have enjoyed it even more if it had been a little later.  Guess we'll find out what next year brings!

I have always loved the magic of Santa, the power of belief, and the hope in something so good and kind.  It was a great joy for me to share with Clara one of my favorite parts of Christmas!  I love you, Santa!