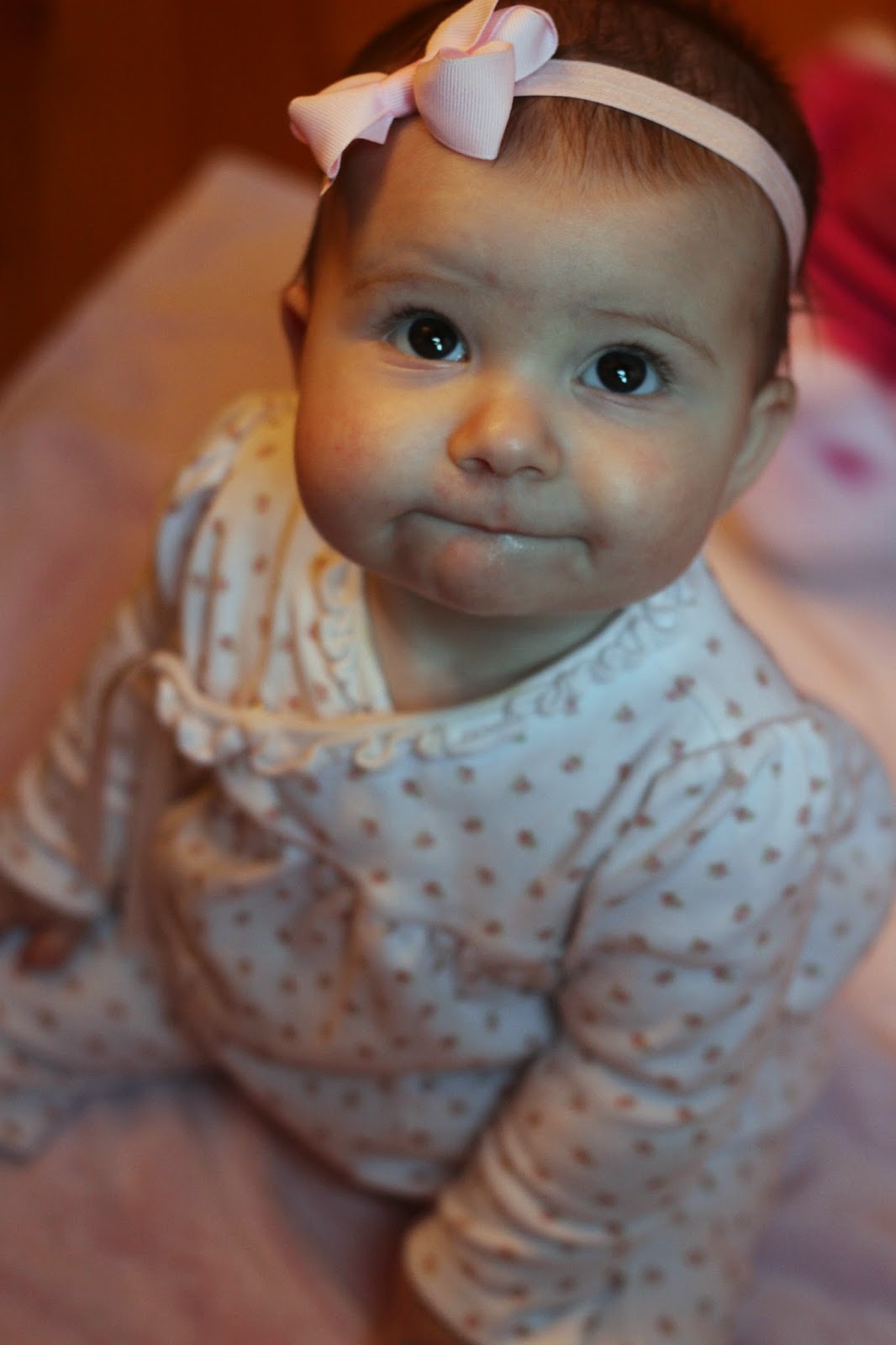 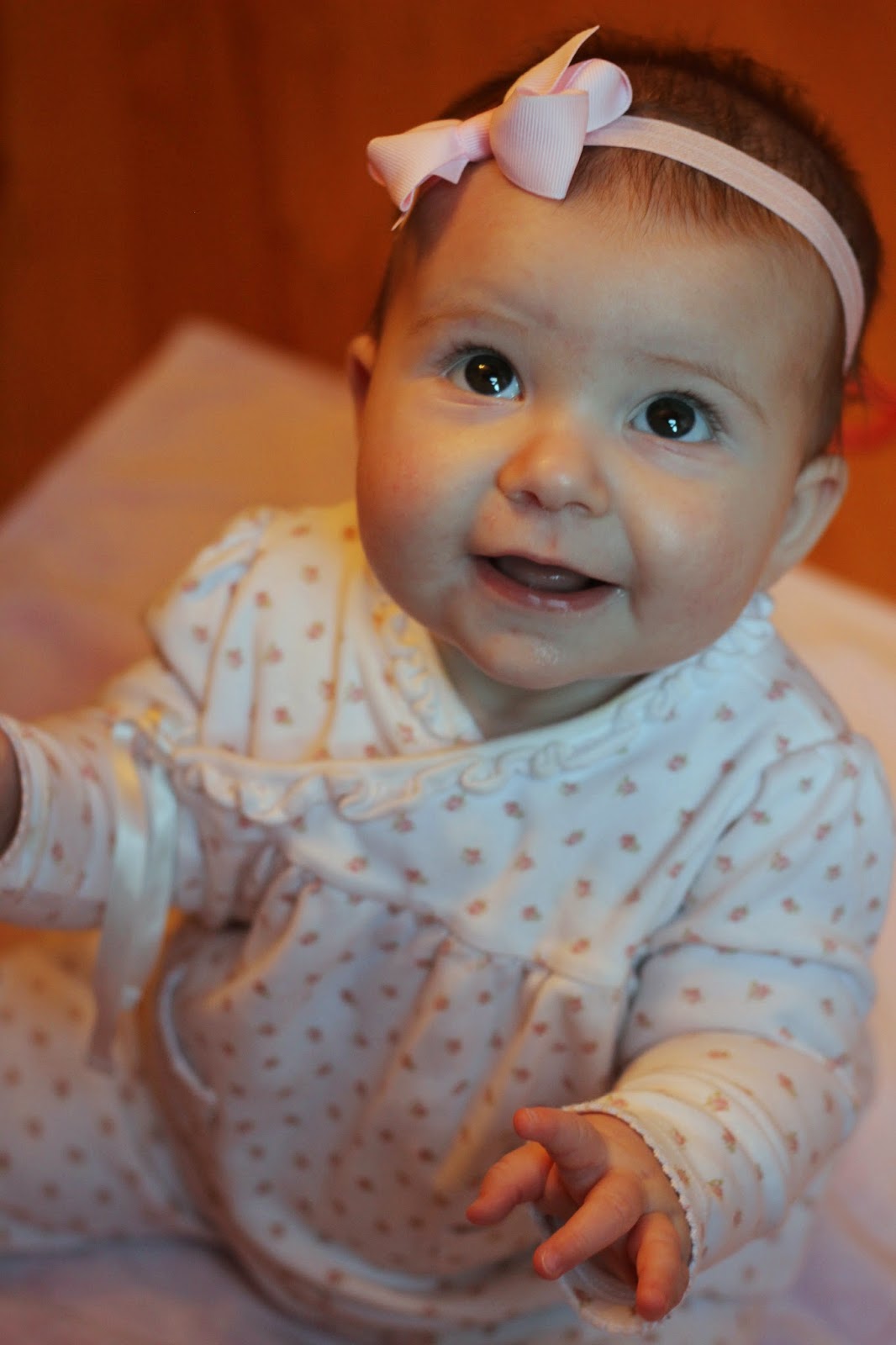 Eloise at 7 months is coming more and more into her own.  She's happy almost all the time, and when she's not.... she's LOUD.  A full set of lungs can apparently make all the difference!  She's on the move with rolling and skooching, and her daddy thinks that crawling is not too far off, although I'm not sure.  She continues to be a social little one, her babbling is taking on more and more sounds and I can really tell she's starting to communicate more and more.  We've started a few baby signs and it will be fun to see her catch on and learn those in the next couple of months. 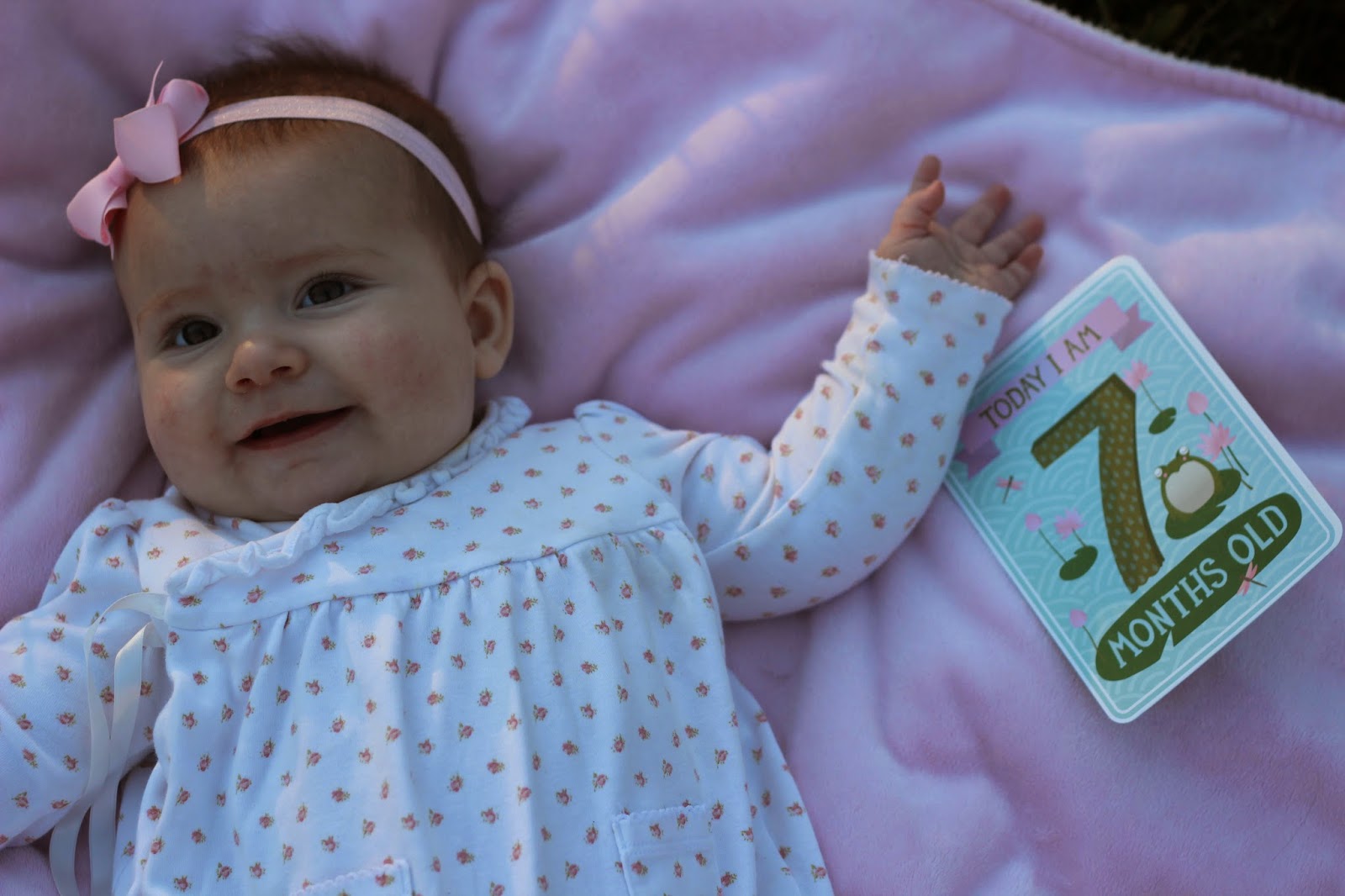 She takes two great naps most days, between 1-2 hours each. She goes down easy at night, but still seems to want a middle-of-the-night-party with me that I am growing weary of.  She will learn to sleep at night consistently eventually, this I know.  Let's hope it's before we hit 8 months.  She loves her pacis and her lovies and her blankets. 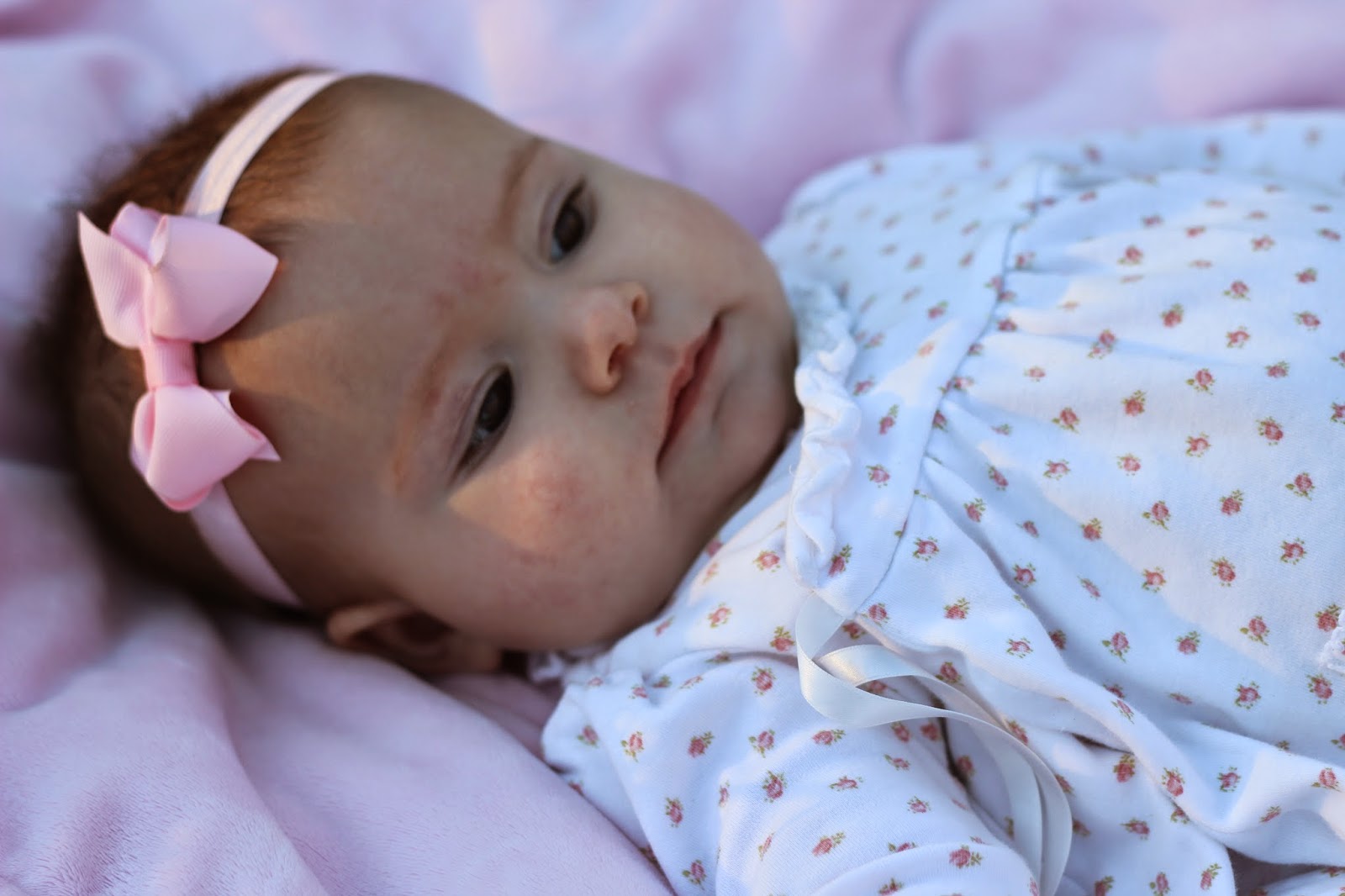 She loves her sister and her puppy and jumping up and down in her bouncer. She still likes nursing, although she's quick at it and unless she's nursing to sleep, she gets the job done fast and is back on the go.  She's doing a little better with solids than when we first started.  (Whew!  A combination of her not really digging it and so many bad memories of trying to feed Clara at this age made for a couple of tough weeks for me, wanting desperately to throw in the towel.  But I persevered, and it's become more manageable.)  She still doesn't particularly like fruits and veggies, aside from maybe sweet potatoes and apples, but she will put away some baby cereal. 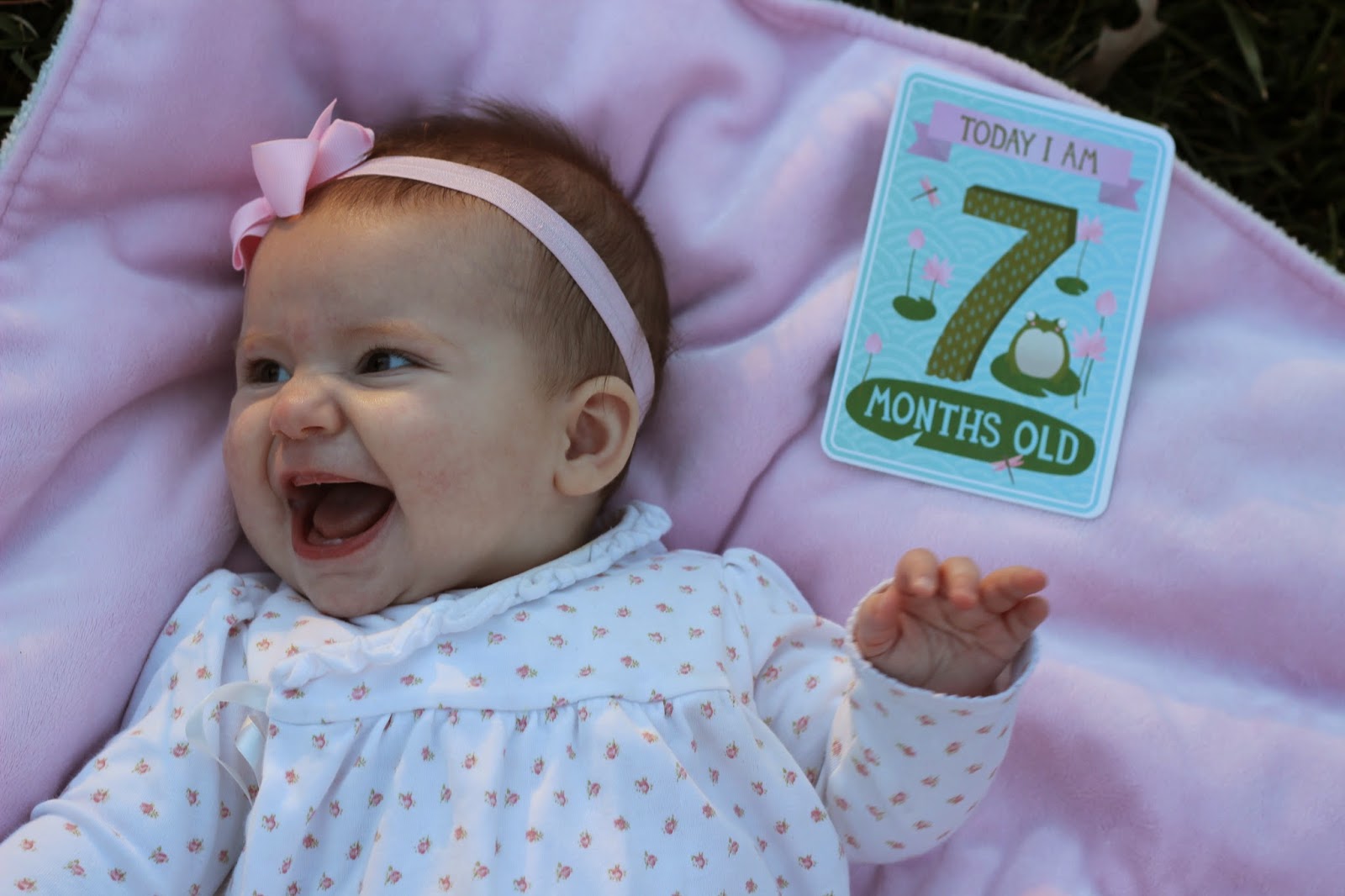 The biggest change of this month was two new teeth on the bottom.  (Can you see them?)  All she wanted for Christmas was her two front teeth and she got them!  The first came in on December 9 and the second ten days later on December 19. 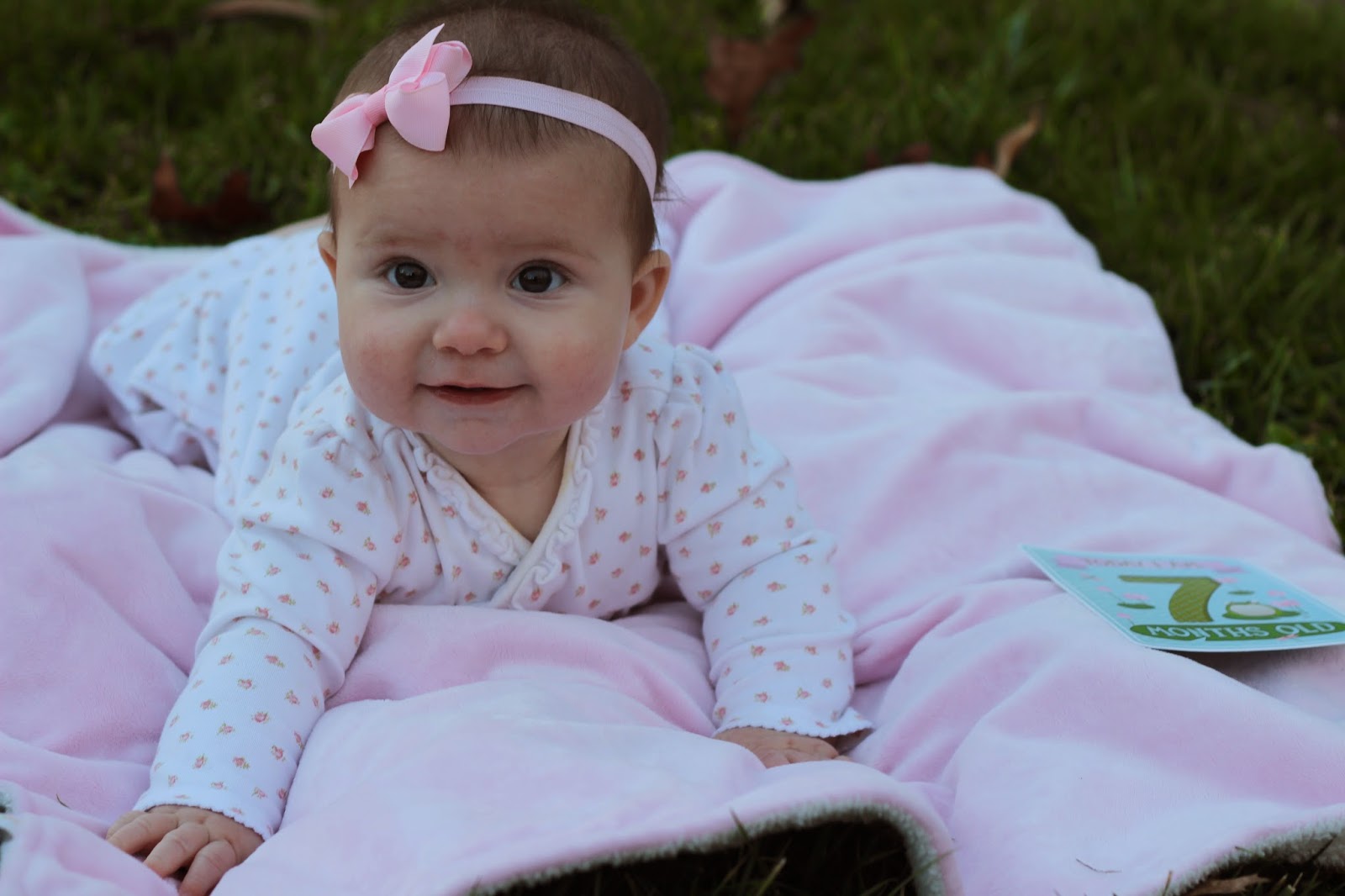 Christmas was lots of fun, as she was really interested and excited about new toys (although not quite as interested or excited as she was in the paper and plastic and bows, of course!). 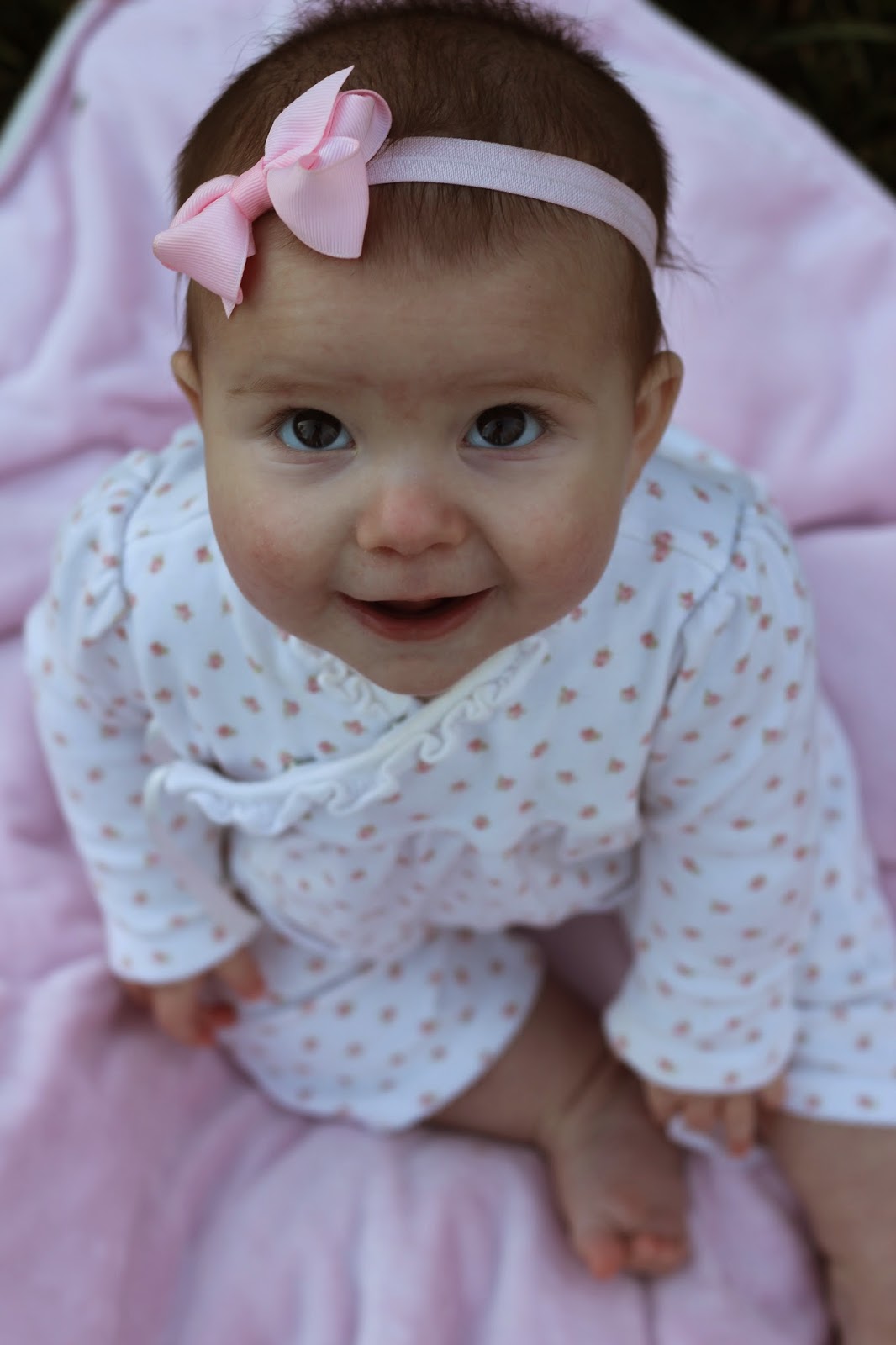 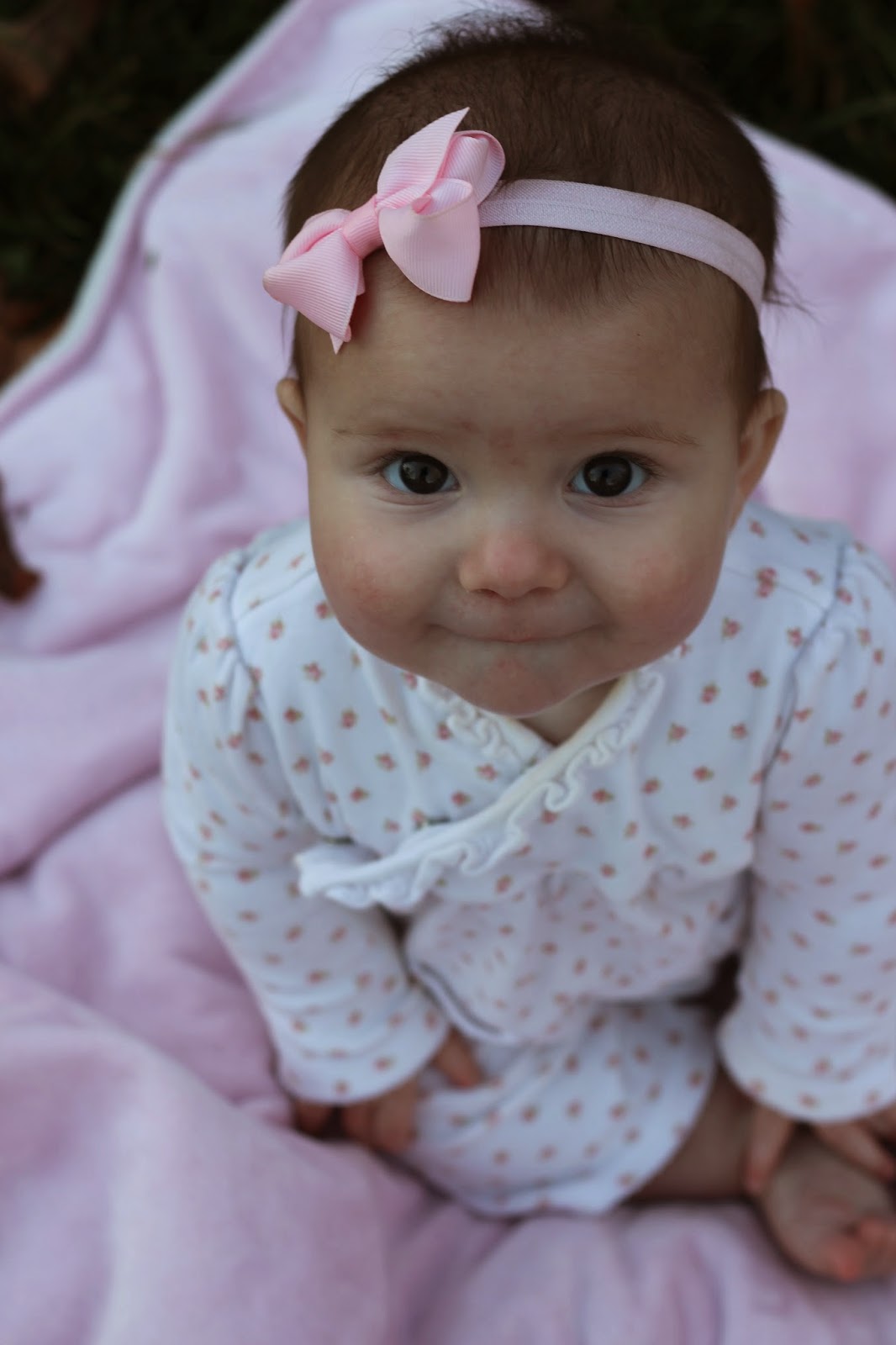 Can't believe how fast this little one is growing!  We love you, sweet Eloise!

(Clara at 7 months, in this same outfit here)
Posted by Chrissy at 6:13 PM