I gotta be honest, I never intended to be a "make your own baby food" kind of mama.  Maybe I'm lazy, or just not that hard core, but I don't cloth diaper, I don't make her clothes, I don't buy organic, and I never planned on making baby food either.  But in doing some research, I've discovered that homemade baby food can have much higher calorie content (the packaged stuff has a lot of water) and many would argue it's also healthier.  So, I signed up to start making Clara's baby food.  What I didn't expect is that I'd actually have fun with it!  Here's the step by step of my first baby food adventure.  We bought a big basket of SC peaches on our way back from GA after Labor Day weekend and they were incredible.  Despite our eating them 3 times a day, we had so many they were starting to go bad faster than we could consume them.  So I figured it was a good time to make some, freeze 'em and have them ready for Clara even after peach season is a distant memory.  Baby food peaches, Chef Hardy style:
Start with some scrumptious summer peaches... 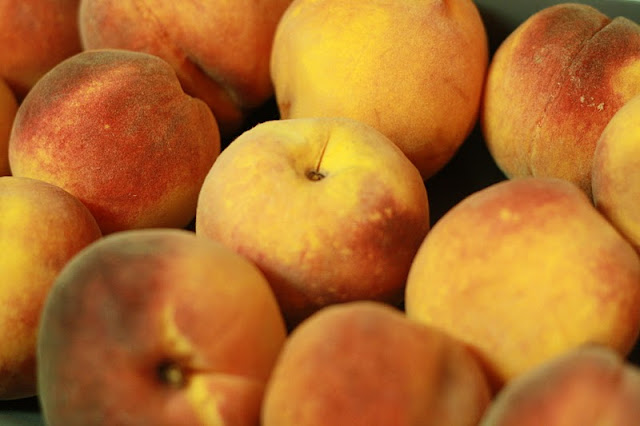 Half them, and place them open side down in a pan with a wee bit of water.... 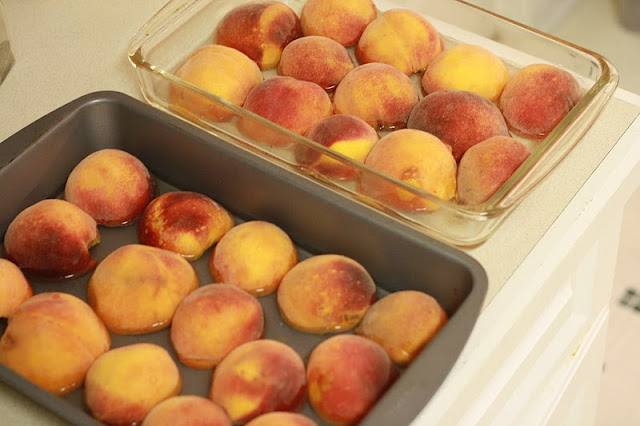 Place 'em in the oven (ugh, photographic evidence of how much mine needs cleaning!) at 425 and bake till they're soft (mine took about an hour) 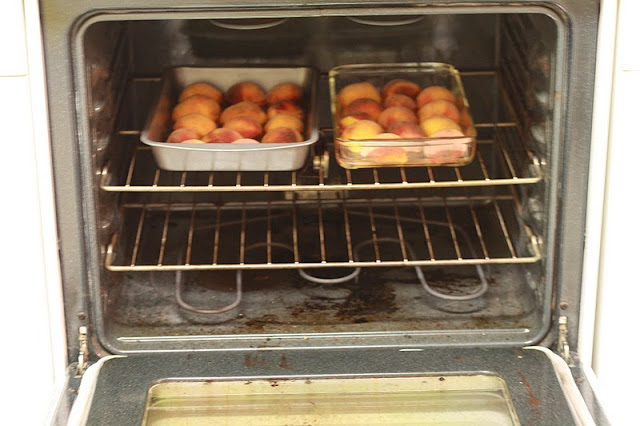 It's best to do all this while the baby is napping, but if she wakes up too early, I suggest containing her in something like this jumper.  She'll love it. 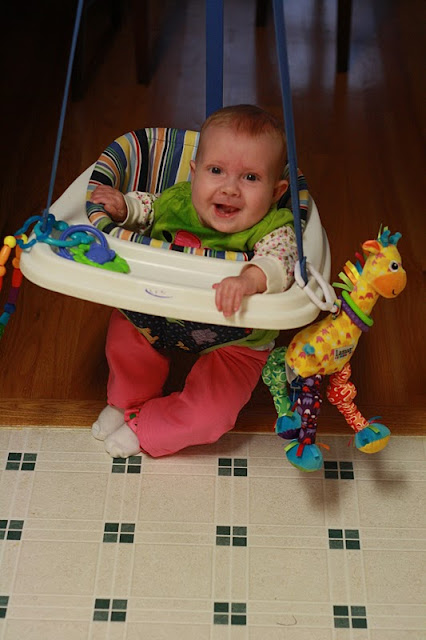 Pull the peaches out when they're soft and sniff the sweet smell of baked peaches in the whole house. 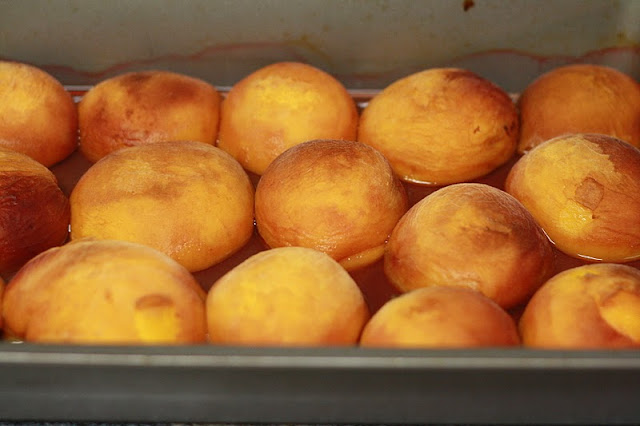 Put peaches in the blender and give it a whirl 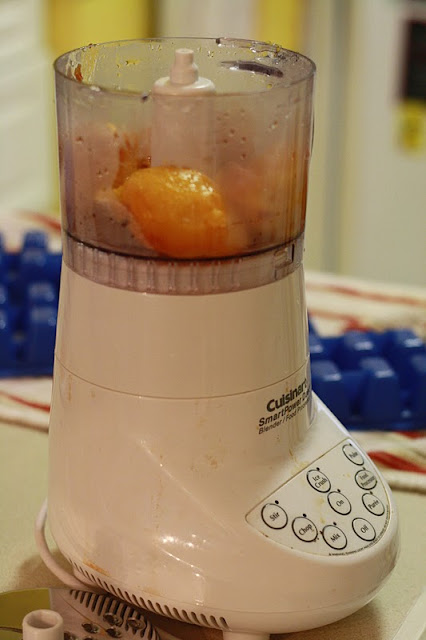 Till they're smooth and creamy 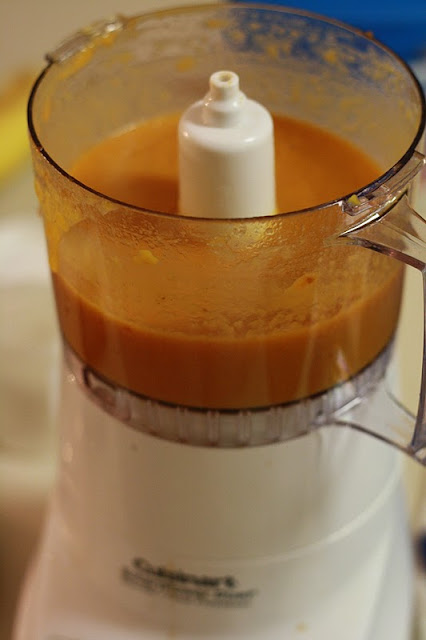 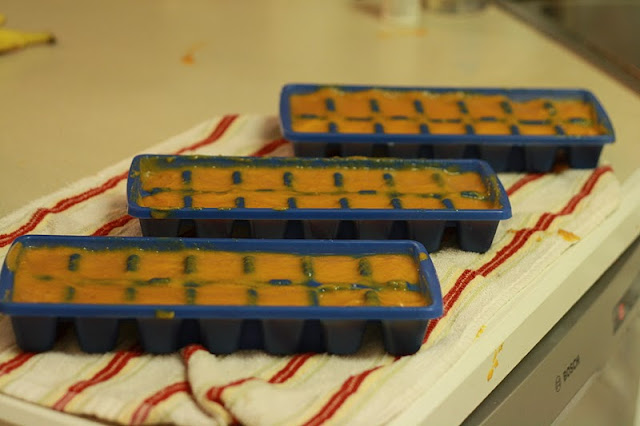 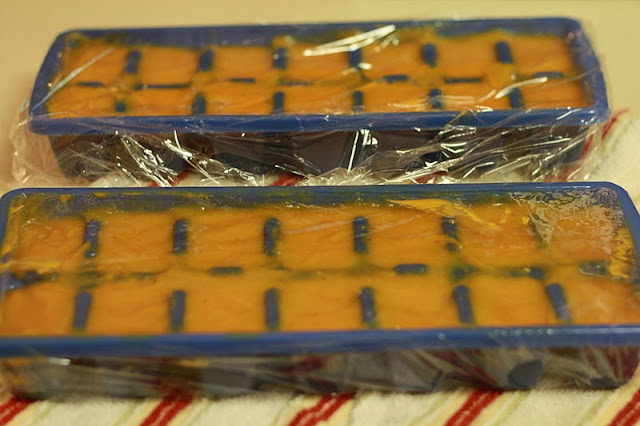 After they're frozen solid, remove and bag in freezer ziplocks.  Ready to grab and go for up to three months! 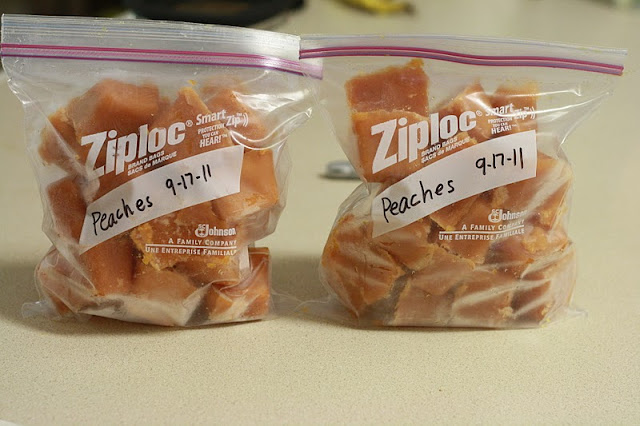 Or, spoon peaches into another container of your choice.  Here we use specimen cups.  Yep, I hung out in the hospital a little too long.... 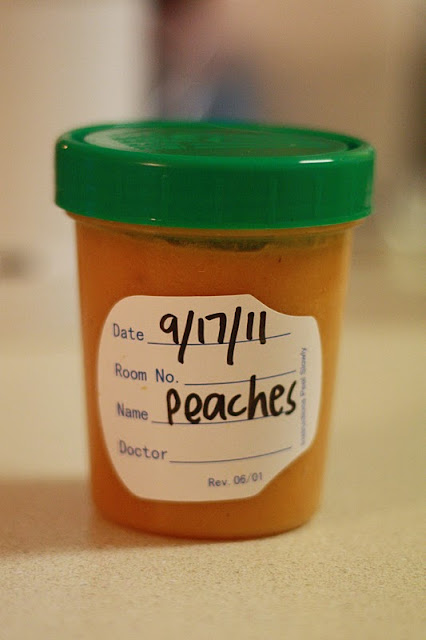 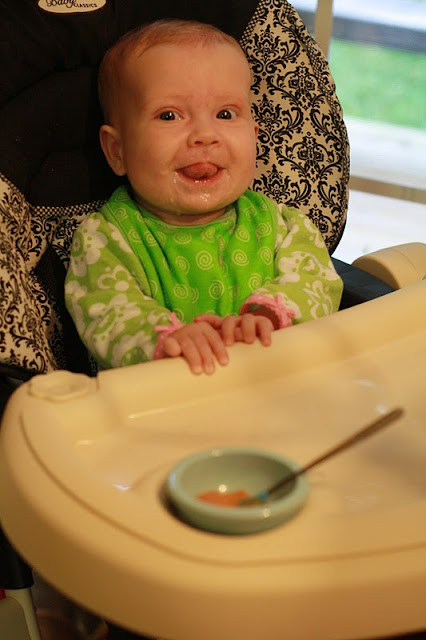 And hope that maybe just some of it gets in her mouth. 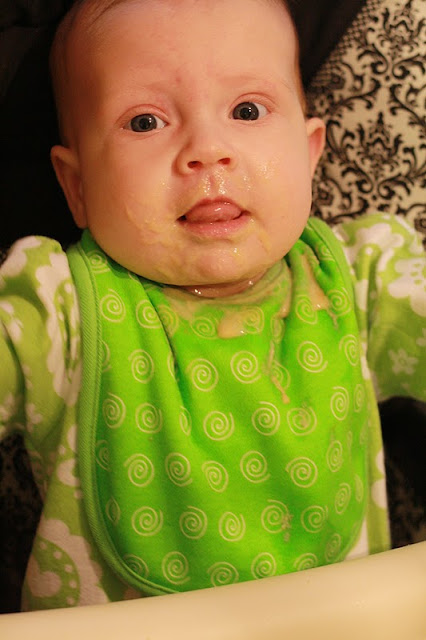 Next on the agenda: carrots and green beans!  Mmmmmm!
Posted by Chrissy at 10:24 PM