A Horde of Hardys

Sorry I haven't updated in awhile.  We have been so busy!  We've been blessed to have lots of visitors the past couple of weeks and were excited to introduce Clara to just a few of the people who love her deeply and have prayed for her faithfully.  I'll try to catch you up on some of what's been happening.  Clara's great-grandparents (Robert's maternal grandparents) came to visit for the first time since she was on ECMO.  And she's such a different baby now!  We feel so fortunate that Clara has had the opportunity to be held and loved by her great-grandparents.  Four generations are not often gathered together.  As Robert's other grandfather, Daddy Hardy, would always say - "we'd rather have a loving and faithful family than all of Solomon's gold, wives and concubines!"  Amen, Daddy Hardy. 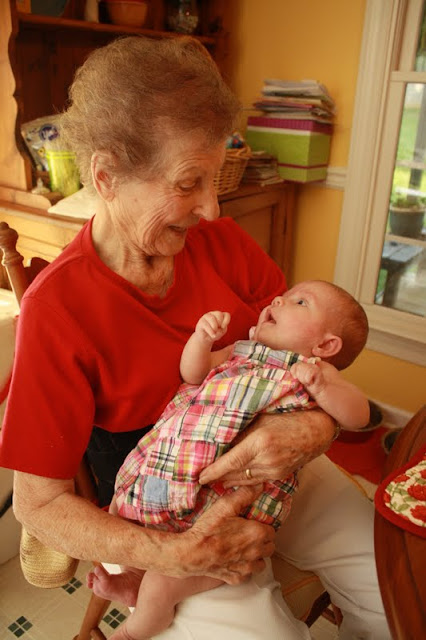 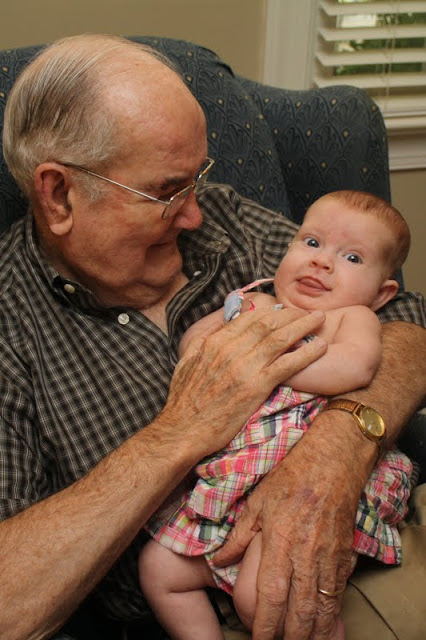 Uncle Jim and Aunt Peen were coming through NC on their way to take their grandson, (Robert's cousin-ish) James back to Wilmington.  Sorry I didn't get a picture of you, Jim and Peen - I will at Labor Day!  But here's James and Clara.

So, on the Monday before this crew came for the weekend we got a quick visit from some more Hardys!  Robert's cousin Marvin, his wife Carla and their three awesome kids were in town from Orlando, FL because Will was looking at Wake (GO DEACS!) and we got to help Marvin and Carla celebrate their anniversary with some take out mexican.  Mmmmmm.  Marvin and Carla are among our role models for awesome parents and we hope that Clara will turn out as well as these three kids: 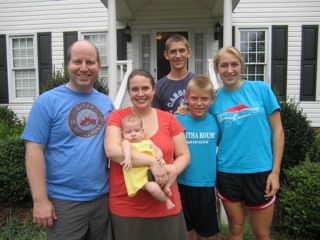 We're thankful for family.  They're the glue that's held us together the past four months and it's a joy each time we get to introduce another one to Clara.  She ought to be proud to call herself a Hardy.
Posted by Chrissy at 9:28 PM