I woke up this morning to the surprise of a dusting of snow! Now I know I have a terrible memory, but I honestly can't think of a time when we've had snow before Thanksgiving! I'm sure it's a sign of a very cold, perhaps white winter ahead. Unfortunately, no delays or cancellations in Davie County this time, but that's alright.

Have I mentioned how I love my job? I really really do. And we're getting to the point in the year now that's just fantastic. The kids have all been trained and broken in for the most part. They know my expectations and do a pretty good job of meeting them. They're smart enough and independent enough to be functioning on their own (finally!) and I can relax and play and begin to really enjoy them. It's a great time.

I have a couple of funny Kindergarten stories from today. We came back from being outside this morning and my kids announced to me that it was no longer fall. I started to explain that yes while it is cold outside and we did get some snow last night, that doesn't really mean it's Winter when I had one student cut me off by saying, "No, no, no, Mrs. Hardy! It's not WINTER EITHER.... don't you know? It's FINTER!!" I love the way that five year olds think about things.

Except I don't always love the way that five year olds think about appropriate hand washing habits. Because after lunch today my dear sweet Tyson* who has warmed my heart countless times since he first darkened my doorway, had to go to the bathroom. Now a few weeks ago he went to the bathroom right as it was time to leave lunch and I didn't know it and left without him. This was apparently somewhat traumatizing for him because since that day he has said to me, EVERY SINGLE TIME that he goes to the bathroom, "Mrs. Hardy -- I'm going to the bathroom. I'll be quick. Don't you leave me now." I assured him I would not leave him and so our class was all lined up waiting for him to come out. As he started to scoot out the bathroom (all he really does is scoot anywhere... this child is so overweight that he moves like he can't quite pick his legs all the way up off the floor) the rest of my class starting saying to him "Tyson*, Tyson* -- you gotta go wash your hands!!!" To which he replied: "Why?? I didn't go poopy!"

Since I'm writing about school, I guess I should also say that I've started a second blog that you can find the link to on the left here. It's "Mrs. Hardy's Honeys." I really created it for my kids' parents so that they could see photos of stuff we do, but if you're interested in looking at pictures of these kids too, feel free to check it out.

I feel so blessed to get to be a part of their lives and see and hear the way they are making sense of the world they live in each day. And you know what? I think it does feel like Finter.
Posted by Chrissy at 5:18 PM No comments:

We had such a wonderful weekend at Wake Forest Homecoming. On Friday night we hosted the Hardy Hootenanny and had such a good time it might just become an annual event. It was fun to show people our home who had never seen it before and have friends from lots of different phases of life all together at once. On Saturday we went tailgating and to the football game and just enjoyed the general festivities of the reunion weekend and the absolutely stunning fall weather. Mostly, it was great to see old friends again. I'm convinced that what I have in the friendships from college is rare and beautiful and truly an incredible blessing. There's something about that time when everything is so intense and emotional and there's so much searching and healing and growing happening. The friendships that come out of it have really been through the fires and have a level of depth and intensity that mirrors the roller-coaster of that time of life. I feel especially blessed to have met some really remarkable women during my time at Wake. And even though many of them are now scattered all across the country and some I don't even get to talk to that much, it's great to know that when we're together again we can pick right back up where we left off and it's like nothing has ever changed. I'm posting a few photos of some of those ladies here. I'm proud to have known them and grateful to know that these friendships still have a lifetime ahead of them. I am so thankful. 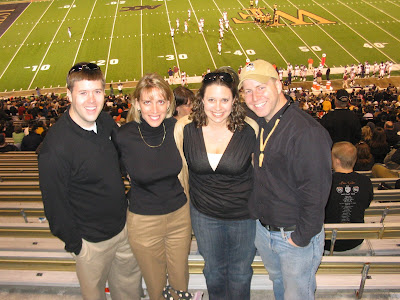 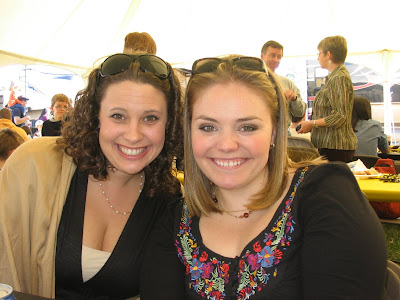 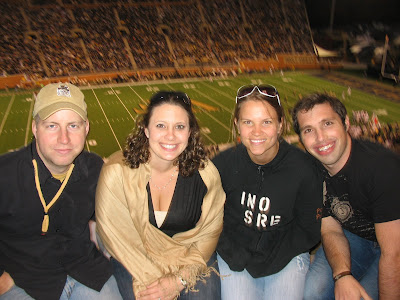 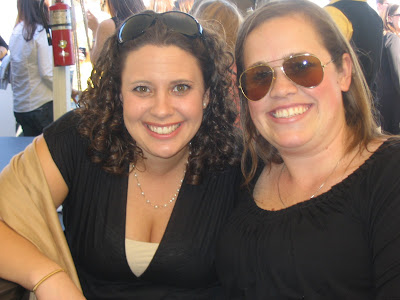 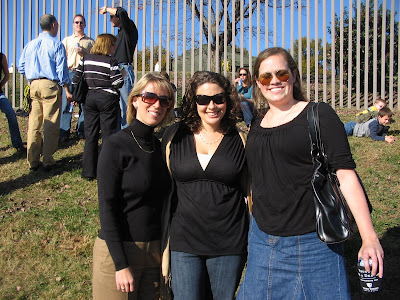