It's been two weeks since I've written, but in that time life has been very full and happy. I'll try to catch you up on some of the great things that have been happening.

First of all, some of our dear friends gave birth to their second child last week, Wiley Jacob Davis. Part of why I haven't posted is that we've been busy helping them welcome this bundle of joy into the world. His big brother, Owen (22 months) has stayed with us some and we've loved every minute of time we've gotten to spend with him. And Wiley is absolutely perfect. He's got a head full of pretty dark hair and the fullest little lips and long skinny fingers. I swear, I could just watch him for hours. When he's awake his face is full of expression and personality and he's a real delight. I'll post a picture of both boys from the day that Wiley was born and when we took Owen to the hospital to meet his baby brother for the first time. Wiley and Owen's parents, Adam and Katie, have also been in the process of moving to a new house this week. How in the world they have managed to give birth to a new baby, care for a (sick) two year old, and pack and move boxes all in the same week is beyond me. But they are awesome people full of hope and grace and they have really been an inspiration to us this week. We've just felt so blessed to get to be a part of this really special time in their lives and share in some of the excitement of newness with them.

It's been a great week at school. I love this group of kids and I'm so excited about the year ahead. The student I wrote about last week, Tyson* has won every last bit of my heart. He hasn't cried for weeks now. Instead, there's a twinkle in his eye that doesn't fade all day long. He's so excited to be at school and filled with great happiness all the time. Earlier this week, he wrote his name for the first time (remember, I've changed names -- his REAL name is only two letters long) and was filled with such immense pride that I could hardly stand it. I felt that same pride too. How special to see a child figure out a piece of his own unique identity and to be able to participate in that moment! Having learned the letter T and being so excited that he can now recognize it, he runs around the room pointing to Ts and saying, "That starts with my name! That starts with my name!" Today we played Chicka Chicka Boom Boom BINGO and he had a card with the letter T in the bottom right hand square. After a couple of rounds I said, "You can trade cards with a friend at your table if you'd like." Tyson's reply when a student sitting near him wanted to trade was, "I'm gonna keep this one 'cause it's got my name on it." (Pointing to the T in the corner). And the final blessing for today is that he said my name for the first time in three weeks of school. I almost cried.

May each of you be surrounded with as many moments of blessing as I am now. 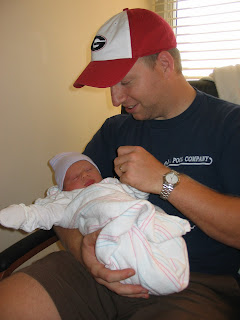 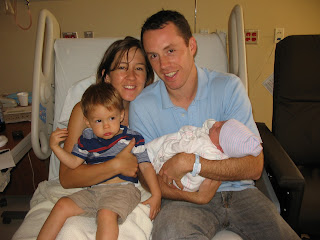 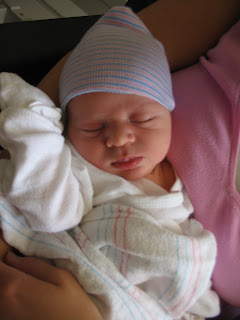